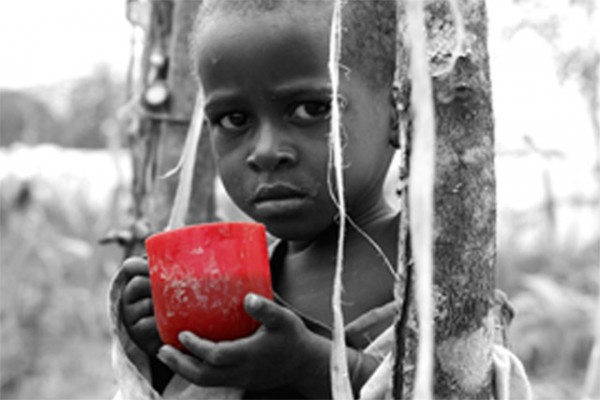 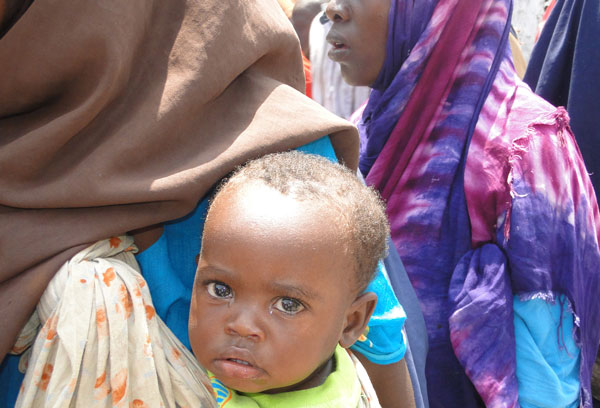 From NPR News, this is ALL THINGS CONSIDERED. I’m Robert Siegel.

This week, the United Nations declared a famine in parts of Somalia. Tens of thousands of Somalis have been fleeing conflict and hunger in the failed state. They’re waking in droves to the borders of neighboring Ethiopia and Kenya, countries that are also suffering from drought.

Most of the Somalis are women and children and many are severely malnourished.

NPR’s Ofeibea Quist Arcton has travelled to northeastern Kenya and the world’s biggest refugee camp. It will be home to the majority of these newcomers from Somalia. And, Ofeibea, could you describe the camp for us?

OFEIBEA QUIST-ARCTON: Huge. And if you’re in the camp-proper, perhaps things are okay but most of these newcomers are not going directly into either tents or buildings. They’re out in the open, literally living under the skies with wind and dust. It’s almost desert conditions, so things are really grim and really tough.

NORRIS: How many people are there, would you say?

QUIST-ARCTON: About a thousand Somalis are arriving across the border in Kenya every day, swelling the huge numbers here – almost 400,000 Somalis over the past 20 years.

NORRIS: Ofeibea, I’m thinking of the families that have made this harrowing journey to this refugee camp. Have you had a chance to talk to one or two families in particular, and is there something that you might want to tell us about their story and their journey?

QUIST-ARCTON: Michele, many of them have a similar story – that they have had to walk miles, 20 days, 30 days, for one month just to get to the border. Some of the women have had to leave a dying child behind because they’ve got four or five or six other family members, most of them children, that they’ve got to help.

NORRIS: Had there been bandits and others that are preying on the refugees, as they flee Somalia?

QUIST-ARCTON: Many of the women, the men, too, say that they had all their belongings – whatever they had been able to bundle onto their heads – whatever they had, they have had it stolen because it’s very lawless country. Some women say they have been raped. Other women say the robber stripped them naked. Stripped them naked in front of our children, one woman told me today, her eyes welling up with tears.

She said I refused at first, but they said if you don’t do it we’ll kill you. She said it was only good Samaritans, good Samaritans who gave me what you see me in. And meanwhile, there she is trying to cradle her child who is so thin -severely malnourished, the doctors say – hoping that his life, the life of Abdi will be saved, because she managed to get to Kenya, to the camp and to medical treatment.

NORRIS: Somalia, as we said, is this failed state. It’s had no central government for 20 years now. How is this affecting the relief effort?

QUIST-ARCTON: Hugely, hugely. In parts of the capital, Mogadishu, the transitional government is in charge. But in other parts of the country, great swathes of the south and central Somalia, its al-Shabab which is an al-Qaida-linked militant Islamist group that is in charge. It threw out international humanitarian agencies. And it’s only very recently, in the last week or so, that it has said to them, come back.

But they’re saying: Hey, how can we come back when access is so difficult, when we don’t know whether our security is going to be guaranteed, as we try to help the Somalis who need humanitarian aid? So the situation is pretty dire.

NORRIS: That’s Ofeibea Quist-Arcton in Dadaab Camp, near the Kenya/Somalia border thank you. Ofeibea, thank you very much.

QUIST-ARCTON: And thank you.

How Can You Help?: