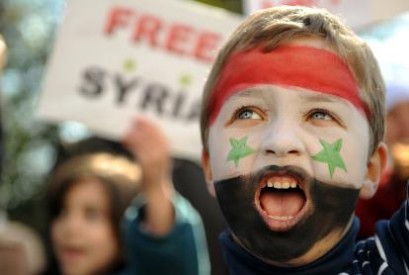 Tens of thousands of protesters trying to march on the centre of the Syrian capital, Damascus, have been met by security forces firing tear gas.

Syria has been shaken by a month of anti-government protests in which about 200 people have been reported killed.

Demonstrations have continued despite President Bashar al-Assad forming a new government and granting amnesties to some of the detained protesters.

Thousands of people were also reported to have demonstrated in a number of other Syrian cities, including Deraa, Latakia and Baniyas – all places where violence has been previously reported.

State media reported that “small demonstrations” had taken place in different parts of the country and security forces did not intervene.

The mass protest in the suburbs of Damascus marks a major escalation of Syria’s month of unrest, which has largely bypassed the capital.

Analysts said Friday’s protests were the biggest since they began in the southern city of Deraa on 15 March.

The unrest is seen as the biggest challenge to Mr Assad, who inherited power from his father in 2000.

The protesters say they want greater freedoms, including a repeal of the decades-old security law, which bans public gatherings of more than five people.

The demonstrators in Damascus held up yellow cards, in a football-style warning to President Assad, AP news agency said.

“This is our first warning, next time we will come with the red cards,” one protester said.

Other witnesses said the demonstrators tore down posters of Mr Assad they passed along their route and called for the overthrow of the president.

Reuters quoted a witness who said 15 busloads of secret police had chased people into alleyways north of the city’s main Abbasside Square.

The United Nations and a number of Western governments have decried President Assad’s use of force to try to quash the protests.

US Secretary of State Hillary Clinton called on Syria’s authorities to stop using violence against their own people.

“The Syrian government has not addressed the legitimate demands of the Syrian people,” she said after a Nato meeting in Berlin.

“It is time for the Syrian government to stop repressing their citizens and start responding to their aspirations.”

Human rights campaigners say hundreds of people across Syria have been arrested, including opposition figures, bloggers and activists.

Mr Assad blames the violence in recent weeks on armed gangs rather than reform-seekers and has vowed to put down further unrest.

US officials have said Iran is helping Syria to crack down on the protests, a charge both Tehran and Damascus have denied.