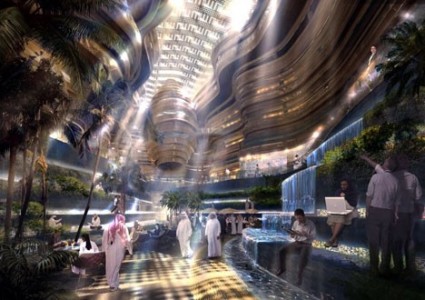 The oil rich region of the Middle East is on its way to becoming a trend setter for establishing projects and developing state of the art facilities that are environmentally friendly. Various initiatives are already underway and cutting edge methods are simply impressive. Oil rich nations that are setting up projects such as Masdar City are diversifying their options.

Masdar is a green city under development in Abu Dhabi and plans to be completed in 2016. It’s aspiring to be one of the most sustainable cities in the world, complete with residential, corporate and other facilities. It plans to focus on solar power.

The Land Art Generator Initiative is a contest in the United Arab Emirates aimed to “advance successful implementation of sustainable design solutions by integrating art and interdisciplinary creative processes into the conception of renewable energy infrastructure.” The winner of the most recent competition was announced at the World Future Energy Summit, it was a design called Lunar Cubits. The Lunar Cubits are built into nine pyramids that mark the lunar phases.  It is constructed from solar panels that collect energy during the day and are illuminated at night. This is supposed to be built right outside Masdar City.

Another ambitious project is the Sahara Forest Project Foundation/Screenergy. Jordan is aiming to turn the arid desert land into a green oasis by the use of a combination of technologies designed to enable the production of fresh water, food, and renewable energy. It will be located on a 2 million square meter plot of land in Aqaba, near the Red Sea. The main pillars of the project are saltwater greenhouses, concentrated solar energy, and cultivation of traditional and energy crops.  It will work by using the evaporated seawater from grilles in front of the greenhouse to create cool humid conditions inside. A portion of the water will be condensed into fresh water that will be used to irrigate the crops.  This project was presented internationally at the UN Climate Conference in Copenhagen, Denmark in 2009.  King Abdullah II saw the project presentation in Norway and was impressed enough to invest in the implementation.

In Egypt, there are plans to build a $700 million 100MW solar power plant between 2012 and 2017. This will establish the country as one of the leading developers of utility-scale solar plants.  Egypt has a target of supplying 20% of its energy on renewables by 2020. This will be Egypt’s second major solar plant, and will be built near the Aswan High Dam at Kom Ombo. The first power plant in Al-Kuraymat south of Cairo is in the final stages and will produce 20MW of electricity alongside 120MW of conventional natural gas power.

Many Muslim countries are recognizing the potential of green technology and more importantly are committed to a greener world. Even the oil rich nations are seeing the changes that need to be made and have planned several projects.  It will be interesting to watch how all of this will develop. 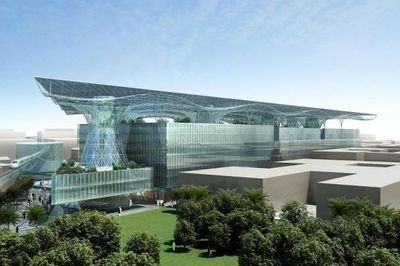