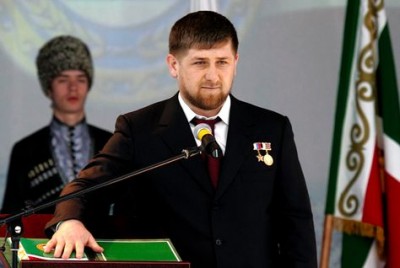 The leader of Russia’s Chechnya region has asked the United Arab Emirates to invest more than $2bn in the energy and industrial sectors of the Muslim province wracked by two separatist wars since 1994.

“I’d like to stress that our relations with the UAE are brotherly,” Chechnya’s Kremlin-backed leader Ramzan Kadyrov told a visiting delegation on Wednesday. “Economic, sport and cultural ties link us.”

Kadyrov proposed 17 investment projects for the region of just over one million people, totalling 68.89 billion roubles ($2.35bn), his press service said. It said the bulk of investments would go towards hydropower plants.

The Kremlin credits Kadyrov with maintaining a shaky peace in Chechnya, a decade after Russian troops drove separatists out of power in the second of two post-Soviet wars in the province on Russia’s southern border.

But Kadyrov’s critics say he is leading a violent crackdown on opponents and enforcing his vision of Islam with rules that sometimes violate secular Russia’s constitution. He dismisses the accusations as attempts to blacken his name.

Abu Dhabi, keen to diversify its economy away from a reliance on oil, has been an active investor overseas. The emirate is the largest and wealthiest in the UAE.

“We have already chosen some projects that interest us and should be carried out. I think we will see success,” UAE delegation member Mahmood al-Mahmood said. He gave no details.

The Kremlin has poured money into the North Caucasus, where unemployment in some areas exceeds 50 percent, in the hope of keeping the youth out of the insurgency. Moscow has budgeted 152 billion roubles for Chechnya from 2008-2012.

Fahim al Qasimi, who heads the UAE’s economic and international relations department, told Kadyrov his country “has a huge wish and interest in developing relations with Chechnya”.

Flights out of the Chechen capital Grozny to Dubai, its first international commercial flights, will start in two or three months, Ziyad Sabsabi, who represents Chechnya in Russia’s upper house of parliament, said.