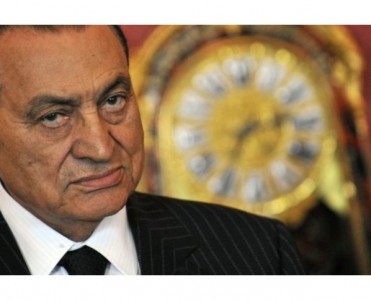 Egypt’s public prosecutor has requested the freezing of former Egyptian president Hosni Mubarak’s foreign assets as well as accounts held by Mubarak, his wife Suzanne and his two sons, Gamal and Aala, together with their wives.

Abdel Meguid Mahmoud made the request on Sunday in the first sign that the deposed president would be held to account by the rulers to whom he handed power on February 11.

Media reports suggested the former president’s wealth may total billions of dollars and some anti-Mubarak protesters accused him of squandering the wealth of the Arab world’s most populous nation, but aides insist he has done nothing wrong.

The public prosecutor also filed the first charges against a group of high-ranking officials currently in detention and under investigation for their wrongdoings while serving in Mubarak’s government.

Habib el-Adly, the former interior minister, and Zuhair el-Gharana, who served as the minister of tourism, were charged with money laundering and abuse of public powers for financial gain.

In other developments, David Cameron, Britain’s prime minister, arrived in Egypt on Monday to urge a “genuine transition” to democracy and hold talks with Hussein Tantawi, the country’s de facto military ruler, and Ahmed Shafiq, the prime minister.

Cameron was the first world leader to visit Egypt since Mubarak stepped down from his post on February 11.

“This is a great opportunity for us to go and talk to those currently running Egypt to make sure this really is a genuine transition from military rule to civilian rule, and see what friendly countries like Britain and others in Europe can do to help,” Cameron said.

However, British officials said their leader would not speak with the Muslim Brotherhood, Egypt’s biggest political group that wants a democracy founded on Islamic principles.

Officials said it would be preferable for Cameron to meet other opposition groups to highlight that Islamic groups were not the only alternative to Mubarak.

“What is so refreshing about what’s been happening is that this is not an Islamist revolt,” Cameron said.

“This is not extremists on the streets. This is people who want to have the sort of basic freedoms that we take for granted in the United Kingdom.”

Cameron is also expected to urge Egypt’s interim rulers to end the emergency rule implemented by Mubarak after the assassination of Anwar Sadat, his predecessor, in 1981, and discuss trade ties with the country.

His visit comes amid a backdrop of unrest in the pan-Arab world, with violent uprisings in Libya, Bahrain, Yemen and Algeria.