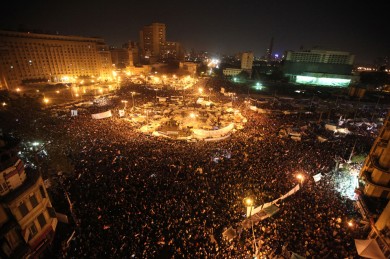 IN 1985 as a teenager in Kenya, I was an adamant member of the Muslim Brotherhood. Seventeen years later, in 2002, I took part in a political campaign to win votes for the conservative party in The Netherlands. Those two experiences gave me some insights that I think are relevant to the crisis in Egypt.

They lead me to believe it is highly likely but not inevitable that the Muslim Brotherhood will win the elections to be held in Egypt in September.

As a participant in an election, I learned a few basic lessons.

1. The party must have a political program all members commit to with a vision of how to govern the country until the next election. Dissent within the party is a sure way of losing elections.

2. Candidates must articulate not only what they will do for the country but also why the other party’s program will be catastrophic for the nation.

3. The party has to be embedded in as many communities as possible, regardless of social class, religion or even political views.

4. Candidates must constantly remind potential voters of their party’s record of success and the opponent’s record of failure.

The secular democratic and human rights groups in Egypt and in the rest of the Arab world show little sign of understanding these facts of political life. The Muslim Brotherhood, on the other hand, gets at least three out of four. True, they have never been in office. But they have a political program and a vision not only until the next elections, but in their view until the hereafter. And they are very good at reminding Egyptians of why the other party’s policies will be ungodly and therefore catastrophic for Egypt. Above all, they have succeeded in embedding themselves in Egyptian society in ways that could prove crucial.

When I was 15 and considered myself a member of the Muslim Brotherhood movement, there were secular political groups in the diasporas of Pakistanis, Yemenis and Somalis in Nairobi who lived in exile like my family. These loosely organised groups had vague plans for restoring their respective countries and building them into peaceful, prosperous nations. These were dreams they never realised.

The Muslim Brotherhood did more than dream. With the help of money from Saudi Arabia and other oil-rich countries, they established cells in my school and functioning institutions in my neighbourhood. There were extracurricular activities for students. There were prayer and chant hours, as well as communal Koran readings. We were encouraged to become volunteers, to help the indigent, to spread Allah’s message. There were classes and activities for all age groups. They established charities to which we could give Zakat (tithe for charity), which was then used to provide health and educational centres.

The Brotherhood also provided the only functioning banking networks, based on trust. They rescued teenagers from lives of drug addiction and excited them about a purposeful future for justice. Each of us was expected to recruit more people for the Muslim Brotherhood, creating a perpetual campaign. The mosques and Muslim centres were the main areas of association, but they visited us at home. Importantly, their message transcended ethnicity, social class and even educational levels.

It is true that the movement was violent, but we tend to underestimate in the West the Brotherhood’s ability to adapt to reality and implement lessons learned. One such adaptation is the debate within the network on the use of violence. There are two schools of thought within the network, and both of them invoke the Prophet Mohammed as an example.

Those who want instant jihad hark back to the time when the Prophet had small armies that defeated massive ones, as in the battles of Badr and Uhud. The nonviolent branch of the Brotherhood emphasises the Prophet’s perseverance and patience. They emphasise Da’wa (persuasion through preaching and by example) and above all a gradual multi-generational process in coming to power and holding on to it. Above all, they argue for Taqiyyah, a strategy to collaborate with your enemies until the time is ripe to defeat them or convert them.

Why are the secular democratic forces in Egypt so much weaker than the Muslim Brotherhood? There are a number of factors. One reason is that they are an amalgam of very diverse elements: There are tribal leaders, free-market liberals, socialists, hard-core Marxists and human rights activists. In other words, they lack common ideological glue comparable to the one that the Brotherhood has. Finally, there is a deep-seated fear that opposition to the Muslim Brotherhood, whose aim is to install sharia law once they come to power, will be seen by the masses as a rejection of Islam altogether.

What the secular groups fail to do is to come up with a message of opposition that says “yes” to Islam, but “no” to sharia; in other words, a campaign that emphasises a separation of religion from politics. For Egypt and other Arab nations to escape the tragedy of either tyranny or sharia, there has to be a third way that separates religion from politics while establishing a representative government, the rule of law, and conditions friendly to trade, investment and employment.

The bravery of the secular groups unified behind Mohammed ElBaradei has taken the world by surprise, by mounting a successful protest against a tyrant. President Hosni Mubarak may be deaf, but the message is loud and clear: He has to go.

The secular democrats’ next challenge is the Brotherhood. They must waste no time in persuading the Egyptian electorate why a sharia-based government would be bad for them. Unlike the Iranians in 1979, the Egyptians have before them the example of a people who opted for sharia – the Iranians of 1979 – and who have lived to regret it.

The 2009 Green Movement in Iran was not a “no” to a strongman, but a “no” to sharia. ElBaradei and his supporters must spell out over and over again that a sharia-based regime is repressive at home and aggressive abroad. Moreover, as the masses cry out against unemployment, rising food prices and corruption, Egypt’s secular groups must show that a sharia-based government would exacerbate these agonies.

The Muslim Brotherhood will insist that a vote for them is a vote for Allah’s law. But the positions of power in government will not be filled by God and his angels. They will be filled by men so arrogant as to put themselves in the position of Allah. And as the Iranians of 2009 have learned to their cost, it is harder to vote such men out of office than to vote them in.

The Obama administration can help the secular groups with the resources and the skills necessary to organise, campaign and to establish competing economic and civil institutions so that they can defeat the Muslim Brotherhood at the ballot box. As I have come to learn over the years, few things in democratic politics are inevitable. But without effective organisation, the secular, democratic forces that have swept one tyranny aside could easily succumb to another. 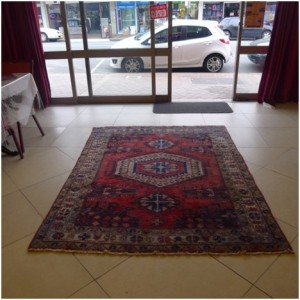 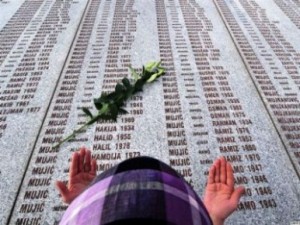 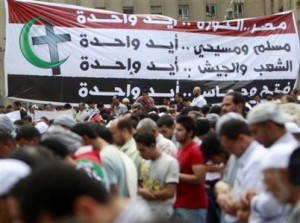