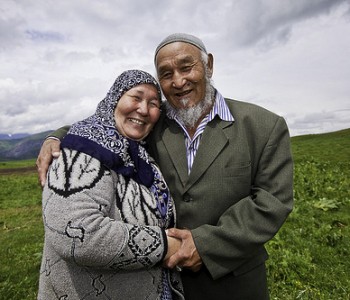 Activist/writer Shahina Siddiqui is working hard to break down stereotypes about Islam and foster understanding among all people.

Shahina Siddiqui is president and executive director of the Islamic Social Services Association (ISSA), a charitable organization that works to build bridges, break barriers and facilitate access between Muslim communities and broader society. When she’s not writing, teaching, and counselling, she is a wife, mother and grandmother. Her calling as an activist often puts her in the spotlight, often working 15-hour days, but she does so tirelessly and with good humour.

Siddiqui is determined to educate and help those who are looking for guidance and information and, for her; it’s a labour of love. Her full time job with ISSA is unpaid. It’s her contribution, she says.

“God has blessed me with so much and I grew up in a home with that giving. My faith propels me; if there’s an injustice and I’m in a position to do something, I do it. I love people. I’m focusing on their need to feel part of the larger community,” she explains.

Whether it’s through counselling at the ISSA or through speaking engagements in urban and rural communities, she’s committed to breaking down stereotypes about Muslims and fostering understanding among all people.  Siddiqui sits on several boards and committees, has been a columnist for both local newspapers and a frequent commentator on television and radio regarding Islamic and gender issues and Middle East politics. Her writings have appeared in book collections, brochures, booklets, manuals and op eds.

Born in Karachi, Pakistan, Siddiqui came to Canada in 1976. Her younger years were happy, she says. “There was a lot of love around, a lot of attention. I wanted to be an actress on Broadway. I did a lot of acting in an all girls’ college. I was never intimidated, I loved making people laugh. I’m told I have a sense of humour,” the energetic 55-year-old says.

For 14 years she was educated in a Roman Catholic convent, her mother wanting her to have the best education possible. That exposure to different faiths was a positive experience and resulted in growing up and being open to people, she says.

Known for her improvisational talents, even back then her acting and stage experience dealt with social issues. Raised in a family of journalists, her great grandfather started the first daily newspaper in India. Her father was a journalist for 40 years and worked for the Associated Press. Her first story was published when she was nine years old, in a newsletter, and it described her experience attending a Christmas party. “My dad kept sending me back ten times to work on the grammar,” she says with a laugh.

Siddiqui completed her B.A. with honours in English with a major in philosophy and political science. She’s been published locally, nationally and internationally. She facilitates workshops and training and does a lot of educational writing, articles on women’s issues, marriage and domestic violence. Her work has been translated into numerous languages.

One of the founders of the Canadian Muslim Women’s Institute, the Canadian Leadership Institute, and the Interfaith Council of Women, Siddiqui is currently working on launching Muslim Counselling Services, which will offer professional counselling to Muslim Canadians.

She began doing informational writing after 9/11, brochures for journalists, teachers, law enforcement and others and got funding for this project from the federal government. She has also developed training manuals in spiritual counselling and marriage counselling for Muslim professionals and volunteers. The information has been in huge demand and she’s currently working on a campaign against domestic abuse, educating people in Muslim communities and families.

With current polls showing that over 50% of Canadians hold negative views about Muslims, Siddiqui faces challenges ahead. “I find myself in a constant state of defending my faith and you wonder where to begin to correct the misinformation? I can communicate well but imagine the struggle for those who cannot. I am also concerned about our youth, they must feel part of society but how do you do this when you are constantly demonized?” she asks.

Being a visible minority for Siddiqui is an opportunity for dialogue. “I’ve travelled and been invited to rural Manitoba where people have never seen a woman who wears a scarf. I tell them, ask me anything, I am not easily offended. I worry about the systemic discrimination, the kind that affects people’s livelihoods since it is hard to pinpoint. I do receive my share of hate. I just laugh it off. You always have to remind yourself of all the blessings. If you only look at the negative you’ll never get out of bed.”

Saira Rahman, a long-time family friend, is proud of Siddiqui’s accomplishments and describes her as a Canadian and Muslim modern-day hero willing to talk openly and honestly about Islam and Muslims. “She has an immense amount of resilience when dealing with issues the average person would find incredibly overwhelming. Although she may seem a bit of a radical because she challenges what most people imagine a Muslim woman to be, she is still quite traditional. While practicing Islam, she has stayed true to her Pakistani roots and has embraced Canadian culture.”

Siddiqui worked with Rahman, her father and select community members to create the Alhijra Islamic School, the first full-time Muslim school in Manitoba, now in its fourteenth year.

Time management is something Siddiqui has mastered with some help from her loved ones. “I have a very supportive husband,” says Siddiqui. “God has blessed us with abundance in our time. I do a lot of mental management. I love cooking. I’m addicted to Law and Order. I watch two hours of TV every evening when I can with my cup of tea and my grandchildren.”

Irene McConachy works with Siddiqui at ISSA. “Shahina is a passionate, strong, caring woman. She literally lives her beliefs and exemplifies her value system. She is passionate about her faith, her community and the work she does at ISSA. She does this work as if she breathes it.

“During these most difficult times she continues to build bridges between people, organizations and society as a whole.” McConachy adds.

“The ability to facilitate understanding and change through education and discussion is not always easy, especially when so many people live with as many stereotypes and misconceptions about Muslims as there are. This I believe will be her legacy.”

Siddiqui hopes that the younger generation will continue doing the work and feel empowered by what’s already been done.

“The majority of Canadians are immigrants and have gone through the same experience and eventually been accepted, so I’m hopeful that the Muslim community will also find relief from the challenges. I recognize Islamophobia, but try not to dwell on it. I need to make sure that dialogue and education continues. All of us have a part to play in this. If we become silent, it can go either way,” she says.