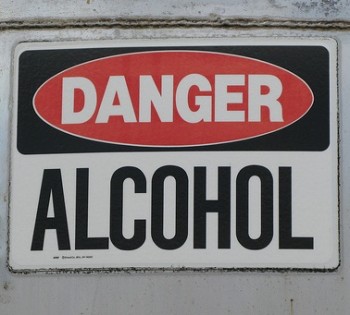 Researchers rated alcohol the most dangerous substance based on the overall dangers to the individual and society as a whole.

The work was led by Professor David Nutt, the former government drugs adviser who was sacked for criticising the then Labour government’s decision to upgrade cannabis from class C to class B.

His team analysed how addictive a drug is and how it harms the human body as well as other factors like environmental and socio-economic costs, such as health care, social services, and prison.

They found heroin, crack cocaine and methamphetamine, or crystal meth, to be the most lethal to individuals.

When considering their wider social effects, alcohol, heroin and crack cocaine were the most dangerous.

But overall, alcohol outranked all other substances, followed by heroin and crack cocaine. Marijuana, ecstasy and LSD scored far lower.

Marking substances from zero to 100 based on their criteria, alcohol scored 72 overall, compared to 55 for heroin and 54 for crack.

The study was produced by Prof Nutt’s Independent Scientific Committee on Drugs (ISCD), and published today in medical journal The Lancet.

Its authors said: “Our findings lend support to previous work in the UK and the Netherlands, confirming that the present drug classification systems have little relation to the evidence of harm.

“They also accord with the conclusions of previous expert reports that aggressively targeting alcohol harms is a valid and necessary public health strategy.”

Other members of the ISCD include Prof Leslie King, who stepped down as a government adviser after Prof Nutt was sacked from the Advisory Council on the Misuse of Drugs last year.

He was forced out after saying ecstasy and LSD were less harmful than alcohol and cigarettes and criticising the decision to reclassify cannabis.

He told The Guardian: “The Misuse of drugs Act is past its sell-by date and needs to be redone.

“We need to rethink how we deal with drugs in the light of these findings.”

The professor said he was not suggesting drugs classification was unnecessary.

“We do need a classification system – we do need to regulate the ones that are very harmful to individuals like heroin and crack cocaine.”

“Like some in the medical profession, he chooses to campaign on this issue.

“But his views don’t tally with the views of millions of ordinary people around the country who enjoy alcohol as part of a regular and enjoyable social drink.

“Clearly alcohol misuse is a problem in the country and our real fear is that, by talking in such extreme terms, Professor Nutt and his colleagues risk switching people off from considering the real issues and the real action that is needed to tackle alcohol misuse.

“We are talking about a minority. We need to focus policy around that minority, which is to do with education, treatment and enforcement.”