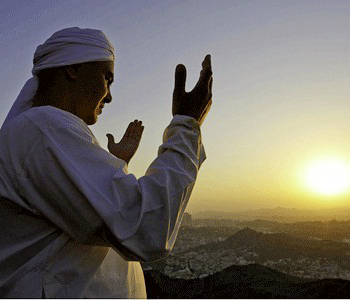 A religion embraced by over 1.5 billion people around the world, from Alaska to Adelaide, Islam has no exclusive proprietor.  And it is flourishing by the numbers in all continents because people are drawn to the reverence of total submission to the will of Almighty God.

To promote the simplicity of the message of Islam, some years ago a Saudi businessman financed the production of a movie that was released on a particular Eid day in selected theaters across America. The movie “Muhammad, the Last Prophet” portrays the early days of Islam through the eyes of the Prophet (peace be upon him) and was completed in cartoon caricatures. With a budget in excess of $12 million, this was one Muslim’s attempt to educate the Western public including the Muslim expatriates about the simplicity and oneness of this faith.

To ensure theological accuracy, the financier brought on board four Islamic scholars who were to see that there were no distortions or misrepresentations of facts during the making of this film.  Additionally, the famed Jamaat Al-Azhar Al-Sharif in Cairo provided input during the production phase, thus ensuring accuracy. All precautions to ensure the accuracy of historical facts were stringently taken.

From early reviews the film had generated a lot of interest among the theatergoers in the US, and plans were then implemented to enhance the distribution through the mainstream theater operators, as well as tailor it to foreign markets outside the US.

The Saudi financier also turned toward our own authorities to discuss the possibility of getting approval to release the film on DVD, since we have no movie theaters here.  But his request was flatly refused.  While approval was given by the Ministry of Information, there was a flat rejection by the Supreme Ulema Council.

No valid reason was provided by these clerics, except a vague reference to a similar precedent handed out 27 years ago banning the distribution of “The Message” for reasons known only to them.  The businessman even offered to tailor the movie to Saudi standards, provided he knew what the guidelines were but he was given nothing, except a flat rejection.

And herein lies a nagging issue. Why would a movie acceptable to the Muslims in the West and to scholars from reputable Islamic institutions find resistance from our own clerics? Saudi Arabia is the cradle of Islam, but we Saudis do not have exclusivity on this faith.

It belongs to the entire world, and when decisions such as the refusal by some ulema to allow this film into the country are taken, they do all of us a great disservice.

Or should we believe that we were born on this earth of a higher standard of Muslims than others? Judging from some of the fatwas handed out in recent years by some of the learned ulema in applying the badge of sin on certain social issues, perhaps we are on an altogether different track than the rest of the world.

Islam flourished and spread 1,400 years ago because of its message of peace and tolerance. It spread quickly from Europe to the far corners of Asia, at a time when the fastest means of transport were horses.  Those who embraced the faith did so because of their acceptance and submission to Almighty God.  They were not coerced nor bribed into following this faith. And it has continued flourishing ever since.

Therefore, when we are quick to reject any new idea by adopting a holier-than-thou attitude, and with no authentic religious precedent, we are either telling the world that we are better Muslims than them or we are simply fooling ourselves.

Today, the media are the best means of carrying out the message, and it is sad that this brave endeavor of some years past toward enlightening those with an interest in Islam has yet to be shown here on television.

Such unyielding stances only lead to intolerance and subsequent rejection of all others who do not see eye to eye with us. And in today’s world that should be unacceptable.