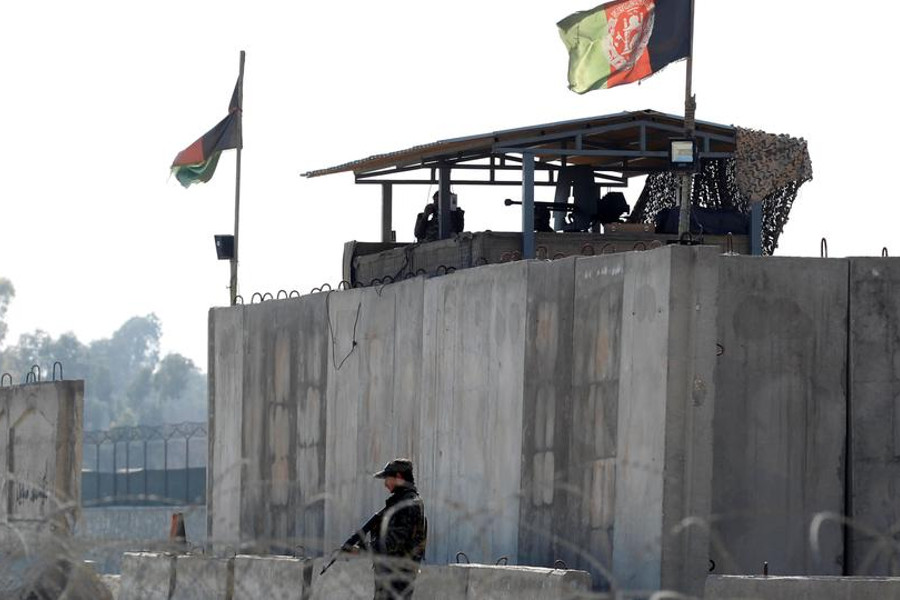 At least 17 people have been killed in a militant attack on a construction company in eastern Afghanistan, officials say.

The extremist group Islamic State (IS) claimed responsibility for the March 6 attack through its Amaq news website.

Attaullah Khogyani, a spokesman for the governor of Nangarhar Province, said a suicide bomber detonated his explosives at the entrance of the company compound in the provincial capital, Jalalabad.

Four militants then stormed the compound and shot employees of the company, triggering an hours-long gunbattle with Afghan security forces, Khogyani added.

He said most of the dead and the 10 wounded were employees of a private construction company, Entire Builders and Engineers.

The spokesman said that all five attackers were killed in the fighting.

The company is located near the main airport in Jalalabad where U.S. and Afghan forces are based.

Both the Taliban and the IS group are active in eastern Afghanistan, especially in Nangarhar Province.

The Taliban denied any involvement in the attack, which came as U.S. and Taliban negotiators continue to hold peace talks in Qatar aimed at ending the nearly 18-year war in Afghanistan.

U.S. State Department spokesman Robert Palladino told journalists on March 5 that negotiations were continuing on “a daily basis right now and progress is being made.”

“These discussions are ongoing and what we’re focusing on are the four interconnected issues that are going to compose any future agreement,” Palladino said, listing them as “terrorism,” “troop withdrawal,” “intra-Afghan dialogue,” and a “cease-fire.”

U.S. Secretary of State Mike Pompeo said on March 5 that he hoped sufficient gains would be made for him to be able to take a trip to Qatar to help advance the negotiations “in a couple weeks.”

The continuation of the talks comes despite a major Taliban attack on a large Afghan Army base in the southern province of Helmand last week that killed at least 25 soldiers.

With reporting by AP, Reuters, and AFP