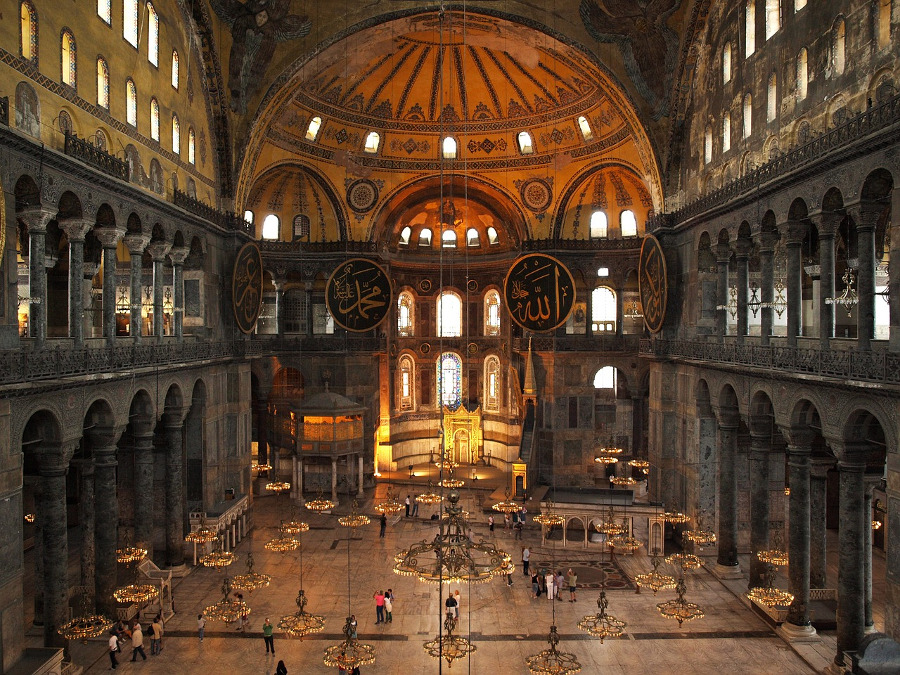 Imran’s (peace be upon him) wife was a righteous woman whose name was Hannah bint Faqudh. They were unable to have children for many years. But Imran (peace be upon him) passed away before their baby was born. She said, “O Allah I dedicate what is in my womb for you, for your service.” This child will serve in the masjid – Masjid al Aqsa. She was not thinking of this dunya (material world) at all. Hannah wanted her child to go to the service in the Masjid for its whole life.

When Hannah finally gave birth, she gave birth to a girl and she said, “O Allah a boy is not like a girl,” meaning she wanted a boy so that he could remain in the Masjid. Allah Most High says that He knows best, and the male is not like the female. whatever male she would have delivered would not be like the female that Allah has given her. The female that Allah Most High has given her is the best woman of the world. She doesn’t know this. But Allah knows who this female and is and who the woman this girl was to become. She is Maryam (peace be upon her).

Rasulullah (Allah bless him with peace) says every child who is born is stabbed by Shaytaan. The first thing they do is cry. There is an exception of two. The ones not stabbed by Shaytaan, Maryam and Isa (peace be upon him). Shaytaan did not stab them because of the dua of Hannah, “I seek refuge from you O Allah for her and for her offspring from Shaytaan.”

The most definitive quality of this noble and great woman, Maryam (peace be upon her), was her chastity. Allah Suhanahu wa ta ‘ala loved her and favoured her. She was chosen by Allah. She was a woman of good etiquette, good manners, morals and well spoken. She was a woman of dignity.

It was not practiced that a woman would be in the Masjid but Hannah wanted to fulfil her promise to Allah so Zakariyyah (peace be upon him) took it upon himself. He was a carpenter who ate from his fdaily earnings. He built a room in the Masjid for Maryam to grow up and have her privacy and worship Allah and not compromise her modesty. She grew up and Maryam (peace be upon her) loved to worship Allah. At the times when she could not be in the Masjid she would go out to the East and Remember Allah. She ate, breathed and drank the dhikr (remembrance) of Allah.

Zakariyyah (peace be upon him) would always find her, when he checked up on her – in Ibadah. But he noticed strange things. He would find with her rizq – sustenance from Allah. She would get the fruits of summer in winter and the fruits of winter in summer. these fruits were fresh. these things happened frequently. Zakariyyah (peace be upon him) asked her where the rizq was coming from and Maryam (peace be upon her) said, “This is from Allah.” She tells him that Allah Subhnahu wa ta ‘ala gives the ones he wants without any limits.

Allah Most High says the angels came to Maryam and delivered to her the news that she has been chosen by Allah above of the women of the world and Allah has purified her. The angels conveyed to her the order of Allah Most High, “O Maryam commit yourself with obedience to your Lord and prostrate and bow down with the ones who bowed down.” This refers to Salaah.

“When she withdrew from her family towards the East, and she took in seclusion from them a screen then we sent to her one of our angels [Jibraeel] and he represented himself to her as a well-proportioned man. She said, “Indeed, I seek refuge with Ar Rahman from you. if you should be fearing Allah.” Jibraeel (peace be upon him) said, “I am only the messenger of your Lord to announce to you the gift of a righteous son.” This made her fear even worse. “How can I have a child when no man has touched me, and I have not been unchaste?” If Allah wants something to happen, nothing can stop it from happening. Jibraeel (peace be upon him) blew into her and Isa (peace be upon him) was created by the Kalimah – Kun Fayakun, Be and it is.

Maryam (peace be upon her) withdrew to Bethlehem. As the pains of childbirth came to her, she said she wished she would have died before this and been completely forgotten. She is alone and in the pains of childbirth, having hidden pregnancy for nine months. She was chaste and she is righteous, 16 years old and delivering a baby by herself. But Allah Most High wanted her to become a legend for all men and all women and so Allah provided her with tranquility. When things became so unbearable then Allah brought her comfort. She heard a voice say to her, “Don’t grieve, don’t grieve. Your Lord has provided a water stream under you. And shake the trunk of the date pal towards you and it will let fresh dates fall upon you.” Allah provided her with water and dates. When Jibraeel (peace be upon him) gave Maryam (peace be upon her) the glad tidings of a son, he said that Allah had given her a word, Allah had given him his name Isa ibn Maryam. He was named after his mother, held in honour in this world and in the Hereafter and will be one of those who are near Allah.

Maryam (peace be upon her) has her child with her and it is going to be difficult for her to convince the people that this is her son and it is the word of Allah. But Allah tells her she does not have to argue for herself. She is fasting from speaking. She went to her people carrying the baby, placing her trust in Allah, knowing that Allah was with her. She goes with her baby and immediately she is reminded of the righteous family she is from and accused. But she points to her baby, that he will respond. She hears her baby speak for the first time and defend her to the people. Allah Most High made him speak. He said, “I am the slave of Allah. He has given me the scripture and made me a prophet and He has made me blessed wherever I am. Allah has enjoined on me Salaah and Zakaah as long as I love. And dutiful to my mother and made me not arrogant.”