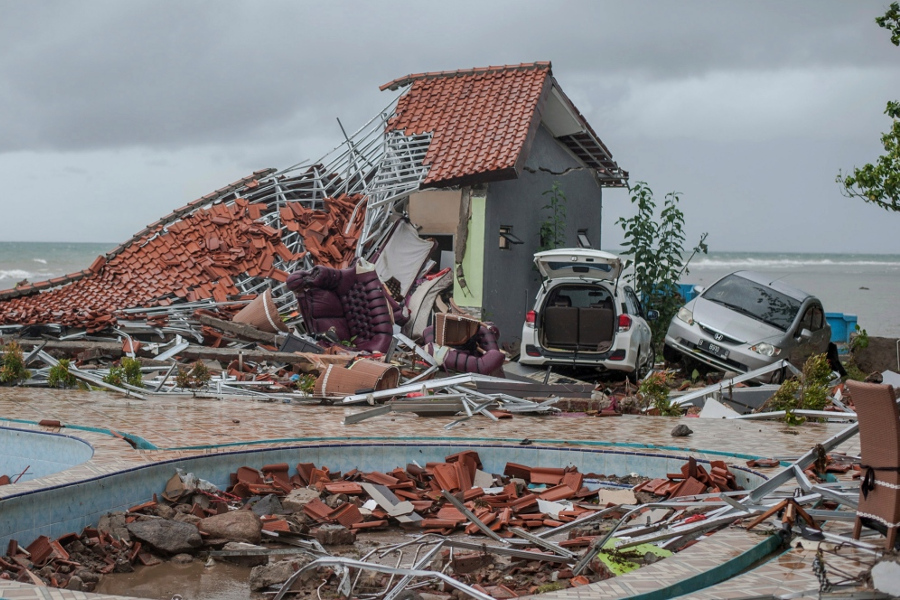 A tsunami believed to have been triggered by the eruption of an island volcano killed at least 222 people and injured some 800 around Indonesia’s Sunda Strait, disaster officials say.

“This number is predicted to increase because not all victims have been successfully evacuated, not all health centers have reported victims and not all locations have got complete data.”

The tsunami struck the region late on December 22 as a wall of water rushed inland and swept away hundreds of homes and hotels, government officials and witnesses said.

An official with the country’s BNPB disaster-management agency said the number of casualties was expected to rise as authorities collect data from areas affected by the tsunami.

Scientists at Indonesia’s Meteorology and Geophysics agency said they suspect the tsunami could have been triggered by undersea landslides from the eruption of the Anak Krakatau island volcano, located on the strait between the island of Java and Sumatra.

The tsunami struck 24 minutes after the volcano erupted.

In September, more than 2,500 people were killed by a quake and tsunami in the city of Palu on the island of Sulawesi, east of Borneo.

On December 26, 2004, some 230,000 people were killed when a tsunami struck 13 countries on the Indian Ocean, including Indonesia, Sri Lanka, India, and Thailand.

Based on reporting by AA, AFP, and dpa