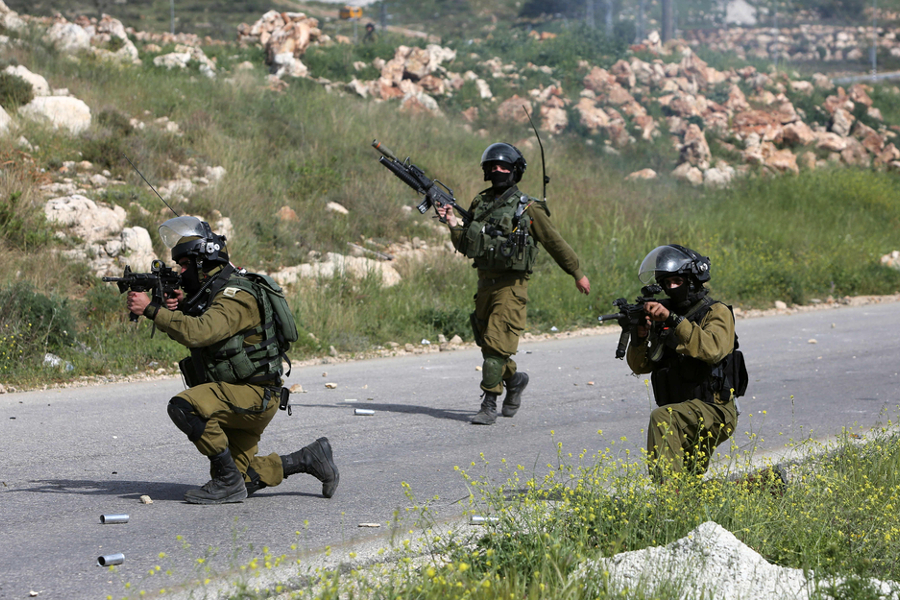 The Israeli military has opened a probe into its soldiers’ killing of a Palestinian teenager at a roadblock in the occupied West Bank after his family said he was murdered.

Qassem al-Abbasi, a 17-year-old from occupied East Jerusalem, was shot dead by Israeli soldiers on Thursday as the car he was travelling in failed to stop at a roadblock near the city of Ramallah.

“The military police have opened an investigation into the death of the passenger,” an army spokesperson told the AFP news agency on Friday.

According to the spokesperson, the soldiers fired warning shots into the air after the vehicle in which Abbasi was a passenger drove past a roadblock without stopping.

As the car attempted to do the same at a second roadblock close by, the soldiers again fired warning shots, “before aiming at the car, killing one of the occupants and injuring another passenger,” the spokesperson said.

According to a report on the Israeli news site Ynet, an initial investigation found “the vehicle did not try to hit the soldiers at the roadblocks and no weapon was found in the car”.

In a press statement on Friday, family elder Moussa al-Abbasi said Abbasi had been murdered and demanded a full investigation into the shooting.

The family also called for an autopsy to be carried out, and for Abbasi’s body to be returned to them in order that he could be buried.

Qassem’s cousin, Mohammed al-Abbasi, told The Associated Press that he, Qassem, and a friend were driving out of Ramallah when an Israeli soldier told them the road was shut.

Abbasi said when they tried to make a U-turn, a soldier fired at their vehicle, shattering the rear window and hitting Qasim in the back.

Abbasi said he and his friend, who was driving, were not injured.

He said they were released after being questionned by police.

Tensions in the occupied West Bank have ratcheted up in recent weeks following two attacks on Israeli soldiers and settlers.

Palestinian gunmen shot and killed three Israelis, two of them soldiers, near Ramallah on 13 December.

Meanwhile, on 9 December, a drive-by shooting near the illegal Israeli settlement of Ofra wounded a pregnant woman, who prematurely gave birth to a baby which then died.

Israeli forces are still searching for the assailants.

Five Palestinians have been killed by the Israeli military in that time, most recently on 14 December in the al-Jalazone refugee camp.

Separately, an 18-year-old Palestinian shot by Israeli forces while protesting in the Gaza Strip on Friday died of his wounds on Saturday, health officials said.

Ayman Shehr was shot in the stomach in central Gaza’s Deir Al-Balah. Three other Palestinians were killed by Israel’s military during Friday’s demonstrations in the besieged coastal enclave.

According to Gaza’s health ministry, one of those killed, Mohammed al-Jahjuh, was 16 years old.

More than 40 others were wounded during the protests, the ministry said, including two journalists and four medical workers.

Since a protest movement dubbed “the Great March of Return” began in March, at least 239 Palestinians have been killed by Israeli forces.

Most were victims of Israeli live fire, however some have been killed by air strikes and tank fire.

Two Israeli soldiers have been killed over the same period.

Thousands of Palestinians in Gaza are protesting every Friday, calling for the Israeli siege on the enclave to be lifted and the right of return for Palestinians displaced from their homes in 1948 during the creation of Israel.