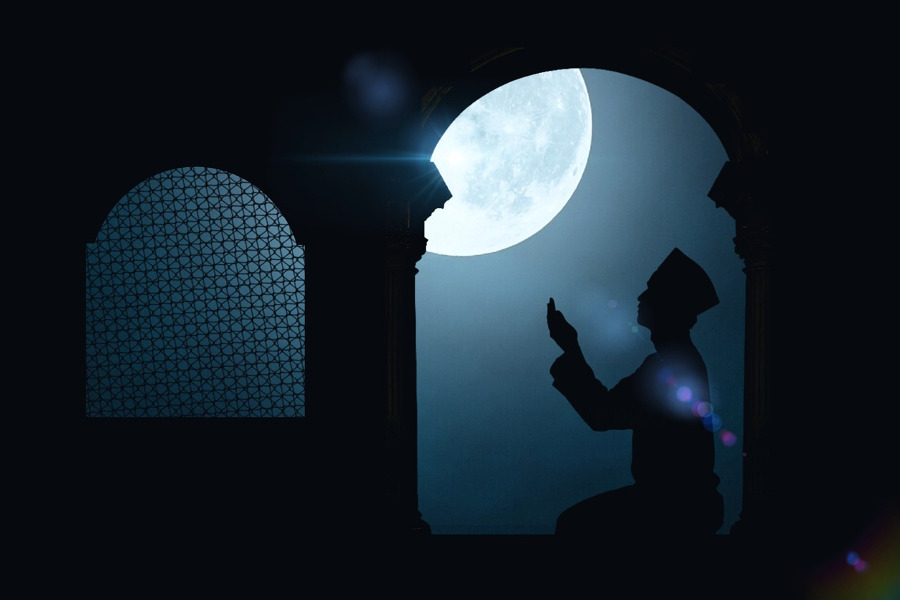 There are certain times dua (supplication) is more likely to be accepted by Allah (Most High) as mentioned by Prophet (ﷺ). These times are as follows:

Abu Hurairah (Allah be pleased with him) narrated that Allah’s Messenger (ﷺ) said: ‘In the last third of every night our Rabb (Cherisher and Sustainer) (Allah (Most High)) descends to the lowermost heaven and says; “Who is calling Me, so that I may answer him? Who is asking Me so that may I grant him? Who is seeking forgiveness from Me so that I may forgive him?”‘ [Sahih al-Bukhari]

Amr ibn Absah narrated that the Prophet said: ‘The closest any worshipper can be to His Lord is during the last part of the night, so if you can be amongst those who remember Allah at that time, then do so.'[at-Tirmidhi]

The Prophet (SAW) said: ‘There is at night an hour, no Muslim happens to be asking Allah any matter of this world or the Hereafter, except that he will be given it, and this (occurs) every night.’ [Muslim]

Anas (Allah be pleased with him) narrated that Allah’s Messenger (ﷺ) said: ‘A supplication made between the Adhan and Iqama is not rejected.’ [at-Tirmidhi ]

Narrated Abu Hurairah (Allah be pleased with him): Allah’s Messenger (ﷺ) talked about Friday and said: “There is a moment on Friday during which if a Muslim is offering Salat (prayer) and asks something from Allah (Most High), then Allah (Most High) will definitely fulfill his request.” And he (ﷺ) indicated the shortness of that particular time with his hands. [Sahih al-Bukhari]

Jaber (Allah be pleased with him) narrated that Allah’s Messenger (ﷺ) said: ‘Zamzam water is for what it is drunk for.’ [Ahmad].

This means that when you drink Zamzam water you may ask Allah (Most High) for anything you like to gain or benefit from this water such as healing from illness…. etc.

Abu Hurairah (Allah be pleased with him) narrated that Allah’s Messenger (ﷺ), said: ‘The nearest a slave can be to his Lord is when he is prostrating, so invoke (supplicate) Allah (Most High) much in it. [Muslim]

Narrated Ubada Bin As-Samit that Allah’s Messenger (ﷺ) said: ‘Whomever wakes up at night and says:

Narrated Abu Omamah (Allah be pleased with him): that Allah’s Messenger (ﷺ) was asked, O Messenger of Allah (ﷺ), which supplication is heard (by Allah (Most High), he (ﷺ) said the end of the night and at the end of the obligatory Salat (prayer) [at-Tirmidhi].

This time is after saying ‘At-tahyat’ , and before making Tasleem (finishing prayer)

This night is the greatest night of the year. This is the night which the almighty Allah (ﷺ) said about it, “The night of Al-Qadar (Decree) is better than a thousand months.” [Surah al-Qadr, 97: 3]

The Night of Decree is one of the odd nights of the last ten nights of the blessed month of Ramadan. The angels descend down to the earth, and the earth is overwhelmed with peace and serenity until the break of dawn and when he doors of Paradise are opened, the worshipper is encouraged to turn to Allah to ask for his needs for this world and the Hereafter.

Narrated Sahel Ibn Sa’ad (Allah be pleased with him): that the Messenger of Allah (ﷺ)  said: ‘Two will not be rejected, Supplication when the Adhan (call of prayer) is being called, and at the time of the rain’. [Abu Dawud ]

The Prophet (ﷺ) declared, ‘Three men whose dua is never rejected (by Allah) are: the fasting person until he breaks his fast (in another narration, when he breaks fast), the just ruler and the one who is oppressed.’  [Ahmad, at-Tirmidhi – Hasan]

Narrated Faddalah ibn Ubayd (Allah be pleased with him): that the Messenger of Allah (SAW) said: ‘When anyone of you makes du’a, let him start by glorifying his Lord and praising Him, then let him send blessings upon the Prophet (SAW), then let him pray for whatever he wants’ [at-Tirmidhi ]

The Prophet (ﷺ) said: “There is no believing servant who supplicates for his brother in his absence where the angels do not say, ‘the same be for you” [Muslim]

The Messenger of Allah (ﷺ) said: ‘The best supplication is the supplication on the day of Arafat’.  [at-Tirmidhi and Malik]

The day of Arafat is the essence and pinnacle of Hajj. On this great and momentous day, millions of worshippers gather together on one plain, from every corner of the world, with only one purpose in mind – to respone to the call of their Creator. During this auspicious day, Allah does not refuse the requests of His worshippers.

Ramadan is month full of many blessings, thus the du’a of Ramadan is a blessed one.

This can be inferred from the Prophet (ﷺ) saying:’When Ramadan comes, the Doors of Mercy (another narration says Paradise) are opened, and the doors of Hell are closed, and the Shaitans are locked up’ Thus, it is clear that du’a during Ramadan has a greater chance of being accepted, as the Gates of Paradise and Mercy are opened. [Sahih al-Bukhari, Muslim]

The Prophet (ﷺ) said: If a group of people sit together remembering Allah, the angels will circle them, mercy will shroud them, peace will descend onto them and Allah will remember them among those with Him.  [Muslim]

The Prophet (ﷺ) said: ‘There are no days during which good deeds are more beloved to Allah than during these ten days’ [Sahih al-Bukhari]

Abu Umamah (Allah be pleased with him) said, the Prophet (ﷺ) was questioned; ‘Which du’a is heard (by Allah)?’ He (ﷺ) answered, ‘In the middle of the night and at the end of every obligatory prayer.’ [at-Tirmidhi – Hasan]