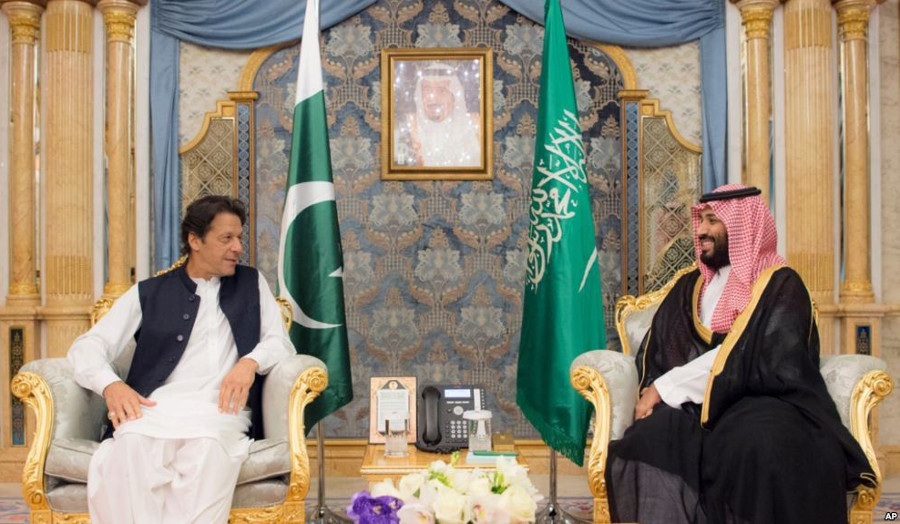 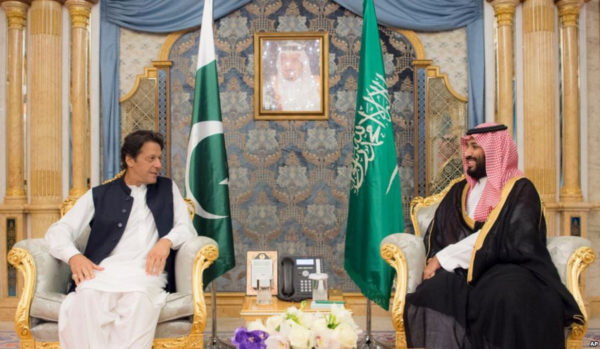 ISLAMABAD – Saudi Arabia has agreed to lend Pakistan $3 billion in cash and allow Islamabad to defer payments for oil imports worth $3 billion for a one-year period to help the country address its looming balance of payments crisis.

The Pakistani government announced the details Tuesday at the end of Prime Minister Imran Khan’s official visit to Riyadh, where he met with the Saudi leadership and attended an investment conference boycotted by several other world leaders over the death of dissident Saudi journalist Jamal Khashoggi at Riyadh’s consulate in Istanbul.

“It was agreed Saudi Arabia will place a deposit of USD 3 billion for a period of one year as balance of payment support,” the Pakistani foreign ministry said in a statement.

“It was also agreed that a one year deferred payment facility for import of oil, up to USD 3 billion, will be provided by Saudi Arabia. This arrangement will be in place for three years, which will be reviewed thereafter,” it added.

Hours earlier on Tuesday, Khan said while speaking at the Future Investment Initiative Conference that his government was urgently seeking loans from “friendly governments” and the International Monetary Fund (IMF) to shore up Pakistan’s rapidly depleting foreign currency reserves and pay for import bills.

“Yes, we are talking to the IM. What we are hoping is that we can do a bit of both, get some loans from friendly governments, at the same time get a loan from the IMF and so to go through this (tough) period,” Khan explained when asked how he would be managing the financial crisis facing his country.

Islamabad approached the IMF earlier this month for a bailout package. A team from the international lender is due to arrive in the Pakistani capital on Nov. 7 for talks. Umar has not revealed the amount Pakistan is seeking from IMF.

Prime Minister Khan is also scheduled to undertake an official visit to China on Nov. 2, his first since taking office two months ago. His visit comes amid reports Beijing could also step in and provide foreign currency support to Islamabad like it has done in the past year and deposited more than $2 billion with the State Bank of Pakistan.

Pakistan said Tuesday that the Saudis have also shown interest in investing and building a major oil refinery in Gwadar, the Arabian Sea port built and operated by China. Officials estimate the proposed project may bring up to $8 billion in Saudi investment.

The port is regarded a gateway to the bilateral multi-billion dollar China-Pakistan Economic Corridor (CPEC), which is the flagship of Beijing’s global Belt and Road Initiative. Both the countries strongly reject U.S. concerns as misplaced that Chinese loans under CPEC are also to be blamed for Pakistan’s current financial woes.

Khan blames bad governance and rampant corruption by his predecessors for the financial crisis facing the country. He has vowed to investigate and bring to justice those responsible for laundering billions of dollars out of Pakistan.