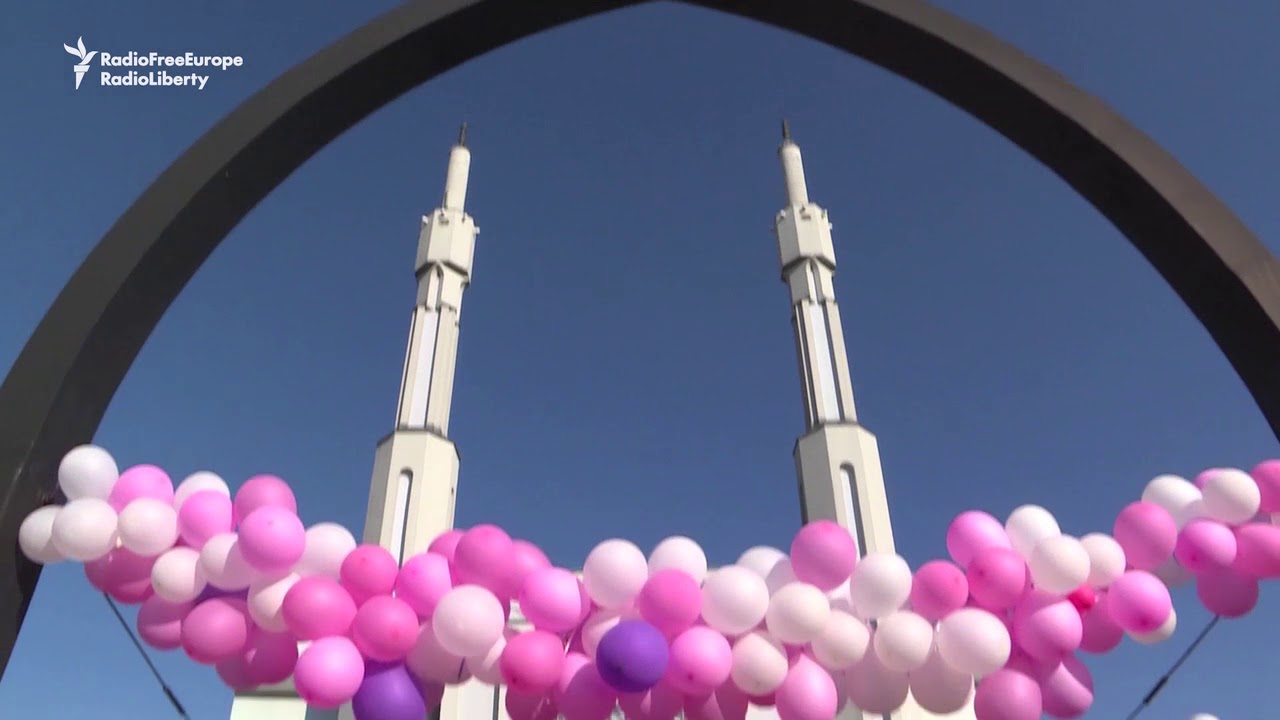 Sixty couples were married on July 19 in the Bosnian capital, Sarajevo, in what organizers said was one of the largest mass Islamic weddings ever held in Europe.

An imam at the Istiqlal (Independence) Mosque said the mass wedding was meant to encourage young Bosnians to start families by helping them avoid the high costs of getting married.

The event was organized by the Islamic Community of Bosnia-Herzegovina with support from a local nongovernmental organization, MFS-EMMAUS, and its sponsors in the United Arab Emirates.

The Islamic Community provided suits and dresses for the newlyweds in accordance with Muslim dress codes, and each pair received 500 Bosnian marks ($313) as a wedding present.

Bosnian law only recognizes civil weddings, so the couples were already officially married in civil ceremonies prior to the Islamic ceremony.

The ceremony was organized according to Sharia law, the rules governing the practice of Islam, such as requiring women to wear head scarves covering their hair in public.

“It is really important for us because we are practicing religion and we think that this act of religious wedding makes us husband and wife in front of God,” a bride named Meliha told RFE/RL.

“In Islam, it is really important that a person is clean in front of God. It is the most important thing a person can do and we couldn’t wait for this. I am nervous, I don’t know…. I have strong feelings, emotions,” a groom named Edo said.