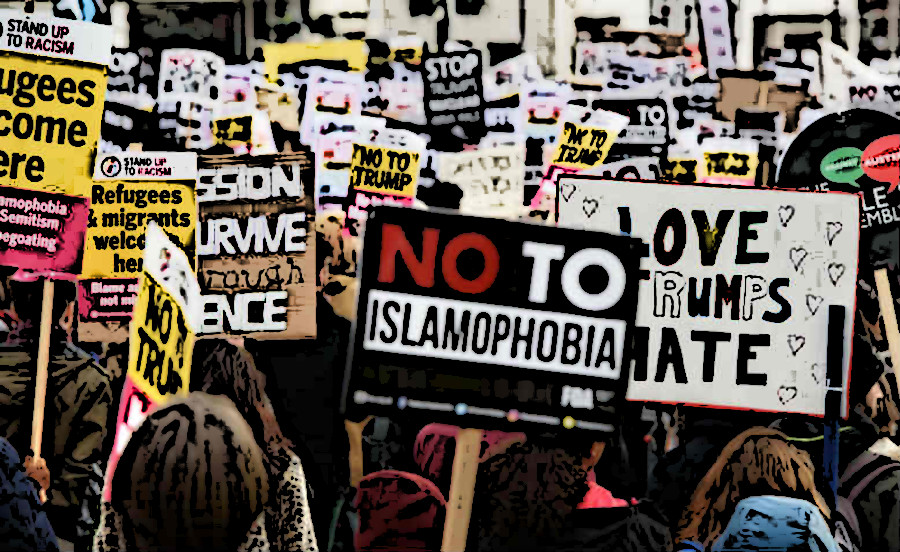 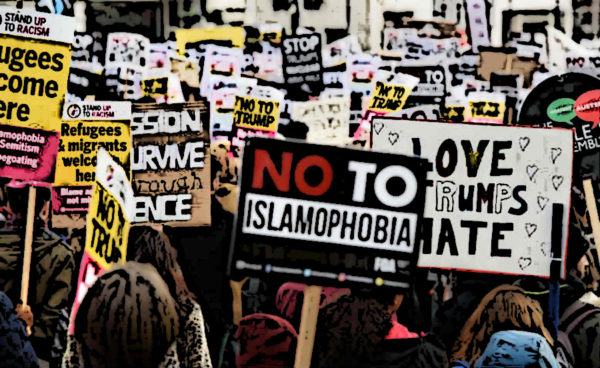 After a recent torrent of allegations about Islamophobia in the British Conservative Party, questions remain over how the government intends to tackle the issue.

Some of the most serious allegations have been of Conservative politicians and candidates making or sharing prejudicial comments about Muslims, including one comparing Islam to Nazism, and another seemingly endorsing a comment by far-right activist Tommy Robinson and noting: “Revoke Muslim immigration, repatriate and secure European borders.”

As the far-right makes hitherto unimaginable gains across Europe, it should concern us all that its ideals and policies now find echo in mainstream parties, including the governing party in the UK.

The Muslim Council of Britain, a Muslim umbrella organisation, has demanded an inquiry – a call backed by groups representing 350 mosques and Muslim groups. The UK’s first female Muslim cabinet minister, Baroness Sayeeda Warsi, backed the call, noting that Islamophobia goes “right from the grassroots, all the way up to the top” and suggesting that many in the party felt it could too easily be ignored.

The Muslim Council of Britain’s list of incidents makes for uncomfortable reading, not least because they appear to be both very brazen and very frequent. The question, then, is why does the British Conservative Party seem so reticent to tackle this new flavour of European racism?

In January, I was asked to moderate a panel for the Imams Online Digital Summit 2018, titled “Islamophobia and the Far-Right – Breaking the Cycle”. Among the speakers was Tom Hurd, director-general of the Office for Security and Counter-Terrorism – a man who was arguably invited to address the large audience of senior Muslim leaders, clerics and activists about growing concerns over Islamophobia. To the consternation of many, however, Hurd was not only completely baffled by my request that he tell us what exactly he understands Islamophobia to be – “more research is needed” – but he also failed to engage with the issue, despite the obvious title of the panel.

The fact that a senior government official would attend a panel on Islamophobia without giving any thought to what the term might mean, is frankly an indication of just how little consideration has been afforded to this issue by some of the government’s most senior officials.

The panel seemed to confirm that the government simply isn’t taking the concerns of its Muslim citizens seriously when it comes to growing Islamophobia – not just the type that sees the firebombing of mosques and vans driving into worshippers, as happened in Finsbury Park in the summer of 2017 during Ramadan prayers, but also the variant of children being stereotyped by classmates, men denied jobs on their basis of their names, women having their headscarves ripped off in the street, or prisoners receiving tougher sentences on the basis of their presumed religious identity.

The number of Islamophobic hate crimes in London has soared by almost 40 percent in the past year, even with incidents typically being largely under-reported. In Greater Manchester, following the bombing of the Ariana Grande concert last summer, Islamophobic attacks soared by 500 percent.

Although there were important markers of solidarity within communities, the government itself has shown little sign of wanting to tackle Islamophobia. Besides additional policing around mosques, we need a genuine commitment to understanding just how anti-Muslim prejudice – not just Islamophobic violence –  is affecting the lives of Muslims in Britain.

Here, a definition would be an important start. You cannot resolve a problem you have not correctly identified – and limiting the recognition of Islamophobia to acts of violence against Muslims simply isn’t enough. It neatly dismisses any possibility of considering Islamophobia as a form of prejudice found at all levels of society, from the individual, to the social and – critically – the institutional.

In the wake of the Finsbury Park attack, Prime Minister Theresa May acknowledged the attack as extremism – “an evil borne out of hatred” – using the sort of cosmic language that makes it seem as though Islamophobia is simply something very “mean” people do. The ahistorical language of evil and ancient hatreds is a useful diversion from recognising that racism, in its many variants, isn’t simply an emotion.

Islamophobia cannot be conceptualised simply as another example of “extremism”. As academic Chris Allen has pointed out, this “sends out the misguided message that Islamophobia is solely consequential of terrorism and extremism; in other words, if Muslims ‘stop blowing themselves up’, then people will ‘stop hating them’”, but it also fails to acknowledge Islamophobia alongside other recognised forms of prejudice, such as racism, anti-Semitism and homophobia.

It seems that the government does not want to acknowledge Islamophobia unless it serves as a bargaining chip through which to coerce Muslims to accept intrusive legislation designed to police them. Even then, it seems the only Islamophobia it will recognise is the kind that maims and kills.

But the reality, as illustrated by the current revelations within the Conservative Party, is that violent Islamophobia is merely the tip of the iceberg, watered and fed by a body of ideas mainstreamed by governing parties when they allow fascist ideas to permeate their core. It’s nurtured by media depictions of Muslims as a problem and facilitated by policies that reinforce this exceptionalism. In fact, the government’s approach to the Islamophobia question betrays a form of institutional Islamophobia that refuses to recognise the concerns of Muslims on an equal footing with those of other citizens.

It was back in 2011 that Warsi first declared that Islamophobia had “passed the dinner table test”. Since then, evidence has continued to mount of anti-Muslim prejudice in virtually every sphere of British life, from employment, to prisons, to sports, media and politics. In the face of such evidence, it’s never been more pressing to correctly identify the problem, so that as a society, we can start to redress it.