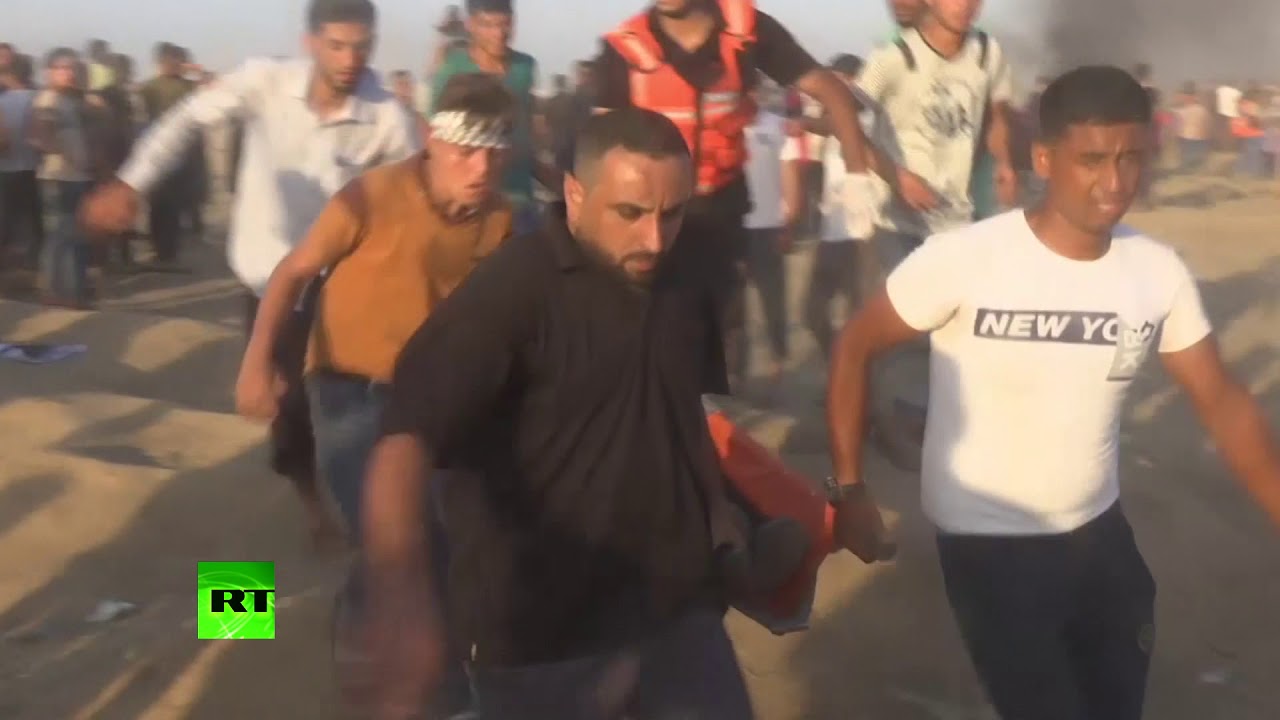 Israeli forces killed one Palestinian and injured hundreds during Friday’s protests by the fence separating Gaza and Israel.

The ministry did not identify the person killed at the time of writing. Images posted online showed Palestinians struggling to breathe and others being carried away on stretchers. Palestinian medics were among the injured.

This week’s protests are a continuation of a series of demonstrations launched as part of the Great March of Return initiative.

The latest injuries come after two Palestinians were killed in the Gaza Strip last week. Among the dead was 14-year-old Yasir Amjad Musa Abu Naja who was shot in the head by Israeli forces.

Palestinians began the Great March of Return protest campaign earlier this year to call for the right of return for refugees displaced in 1948 from their towns and villages in what is now Israel. Israel’s military has responded to the mostly peaceful demonstrations with deadly force.

Protests have persisted in spite of the crackdown. The Israeli military did not comment by the time of publication.