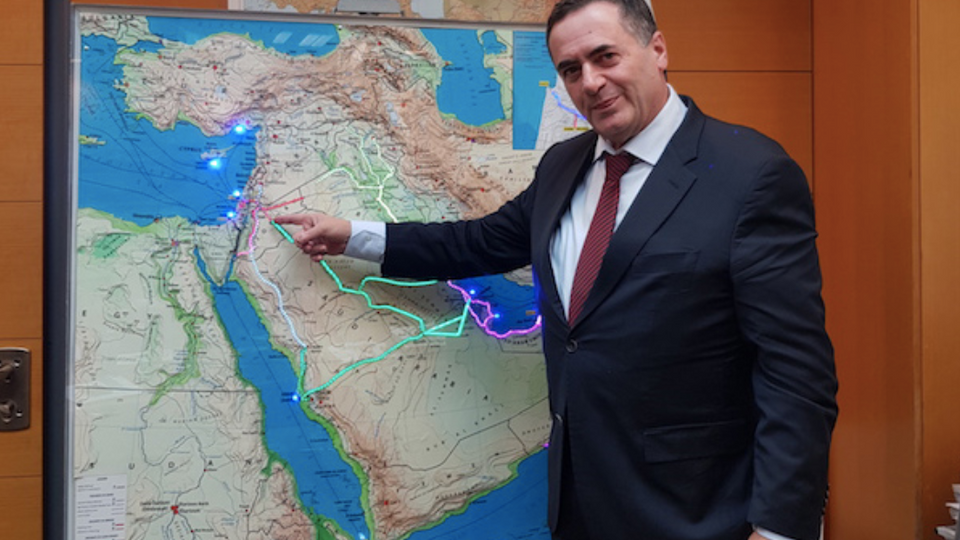 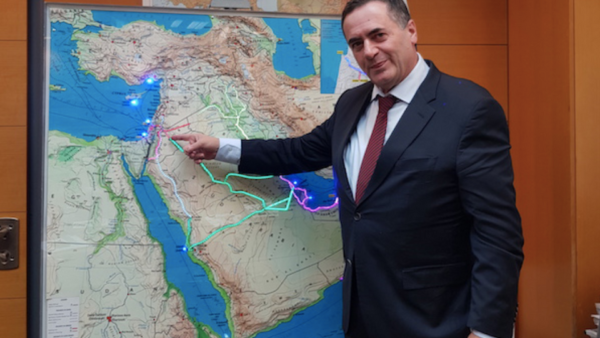 A few days after President Donald Trump announced that the US would recognise Jerusalem as the capital of Israel, prompting worldwide protests and an urgent meeting of the Organisation of Islamic Cooperation (OIC) members in Istanbul, a London-based Saudi-funded online newspaper published an interview in Arabic with Israeli Intelligence and Transport Minister Yisrael Katz.

The interview, published during the height of condemnations from the Arab and Islamic world and beyond regarding the US’ move, covered topics such as curtailing Iranian influence in the region, threats posed by Hezbollah, Trump’s Jerusalem decision and the future of Palestine.

But the first topic the minister touched on was not about regional politics, but the revival of a railway that would connect Israel to Saudi Arabia.

“This is not a dream at all. This can be realised if there is a will,” the minister said, using discussions on the benefits of such a project as a jumping-off point for regional politics.

Unlike the environment Israel found itself in during its establishment in Palestine 70 years ago, it has forged ties with several unlikely allies and partners in the region as the dynamics in the Middle East are increasingly shaped by Saudi Arabia’s attempts to counter Iran’s growing presence and power in the region.

So, what is the proposed railway? And what does it have to do with the transformation of regional alliances?

Railway to connect Israel to the Gulf

Katz’s proposal is to “revive” the historic Hejaz railway by extending the current Haifa-Beit Shein train line in Israel into Jordan and joining it with an extra line extending from the Palestinian city of Jenin. New tracks would be laid in Jordan from the crossing to Irbid, which would connect with existing and new lines extending north to Damascus, east towards Baghdad, and south through Saudi Arabia to the Red Sea and the Gulf. The proposal also includes building an additional line that would connect the Palestinian city of Jenin in the West Bank to the rest of the railway.

“My vision to connect Saudi Arabia and the Gulf states and Jordan to the Haifa port and the Mediterranean Sea will transform Israel into a centre for naval transport and strengthen the Israeli economy,” Katz said.

“This is a realistic vision that I am advancing in partnership with the American government and other relevant international bodies,” Katz continued.

“I have already started working … I am in touch with very senior elements in the US administration,” he said.

After the start of the Syrian war in 2011, much of the goods from Europe and Turkey that passed through Syria to the rest of the Arab world started taking a route through Israel and Jordan due to the security situation. However, Israeli officials say that the Haifa port has limited capacity, and a train line would be more efficient compared to the trucks that are current crossing through Israel.

The century-old Hejaz railway was originally built during the early 20th century by Sultan Abdulhamid II to connect Damascus to Mecca as a way of transporting Muslims for the annual Hajj pilgrimage, but it also had political, economic and military significance. The railway fell out of use over years due to damage from Zionist terrorism, and through the building of new railways.

The development of a train line through Jordan down to the Gulf would also allow Israel and partner countries to bypass Lebanon, which is controlled by Hezbollah, one of Israel’s greatest foes and Syria. Israel and Lebanon, Egypt, Jordan and Syria have fought several wars together. While Israel has signed peace treaties with Egypt and Jordan, it does not have such deals with Syria and Lebanon.

The railway would also provide an alternative route to the strait of Hormuz in the Persian Gulf, which is controlled by Iran.

“This [railway] will connect the Arabian [Persian] Gulf to the port of Haifa … A Chinese company will soon activate a new seaport in Haifa and propose to the Gulf States a short route … to reach Haifa and to transport and receive goods from Europe and the United States via the Mediterranean at a lower cost, not through the western ports in the Arabian Gulf,” said Katz in his interview with Elaph.

The crown prince of Saudi Arabia, Mohammed bin Salman, in recent months has categorised Iran, along with the Muslim Brotherhood and Turkey as being part of a “triangle of evil” in the region. He pits Saudi Arabia and several other countries – Egypt, Jordan, Bahrain, Oman, Kuwait, UAE and Yemen against the so-called triangle, saying they are “defending the idea that independent nations should focus on their own interests, in building good relations on the foundation of UN principles, [unlike the triangle of evil].”

If constructed, the railway would help formalise relations between Israel and its neighbours, as well as Saudi Arabia.

Saudi Arabia does not officially recognise Israel, and the two countries do not have formal diplomatic relations, but Saudi Crown Prince Muhammad bin Salman said in an interview with the Atlantic this week, “Israeli have the right to have their own land,” signalling a potential change in policy.

Saudi Arabia lifted a 70-year-old airspace ban last month and granted Air India permission to fly over its territory on its new routes to and from Tel Aviv, reflecting what appears to be thawing ties between Israel and the kingdom.

Furthermore, the two countries continue their communications through other, informal channels, such as the news site, Elaph, which is known to be a channel through which Israeli officials convey their positions and policies, particularly concerning Iran and Hezbollah, to Saudi Arabia and other Gulf countries.

The unending war in Yemen, an unresolved Qatar crisis and diminishing Saudi control in Syria and Iraq have caused Saudi Arabia to step up its actions to counter Iran’s clout. This has pushed Saudi Arabia closer to unexpected partners, like Israel.

“Israel’s interest is two things, basically: one of them is cooperation with so-called moderate Arab states when it concerns opposition to Iran’s activities in the Middle East and nuclear program,” former director of the Strategic Planning Division in the Planning Branch of the IDF, Shlomo Brom, told TRT World.

“And the other thing is that Israel wants recognition by as many as possible of Arab states and because of that, Israel has a strong interest in the development of the relationship with Saudi Arabia and other Gulf states.”

It is in this regional context that the Israeli minister Katz calls Saudi Arabia “leader of the Arab world”.

Katz said he did not think this route would seriously affect the amount of commercial traffic passing through the Suez Canal in Egypt, but as Israel continues to try to expand its position as a naval centre, it could be a source of tension between the two countries.

Another proposed project in Israel is the “Red-Med” line to be built by China. The project consists of a railway connecting the Mediterranean to the Red Sea, a land route that connects the same regions as the Suez.

When the Red-Med plan was first discussed in 2012, Israel said it was a safeguard against the Suez being insufficient to handle the trade passing through the region.

“There is going to be a lot of pressure on the Suez, and the idea here is to find an insurance should the canal not be able to deal with the volume,” an Israeli official said.

In 2015, Egypt completed a massive project that included the expansion of the Suez canal, through which eight percent of global trade and three percent of global oil supply passes. The UAE is also building a $3 billion industrial city at the Suez along with Saudi Arabia. It is one of Egypt’s most important sources of income.

In recent years, the Egyptian regime’s position on security and anti-terrorism in the region has ushered a period of increased military and security cooperation with both Saudi Arabia and longtime foe Israel.