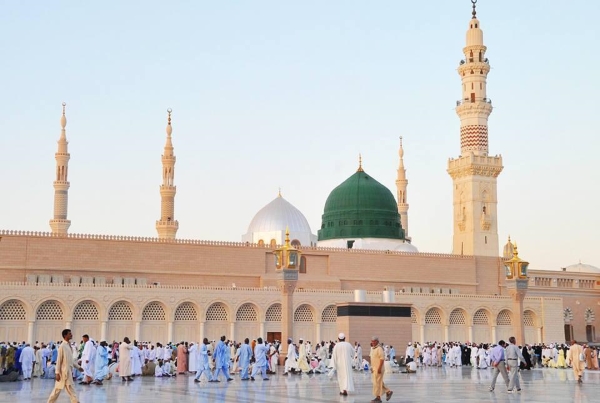 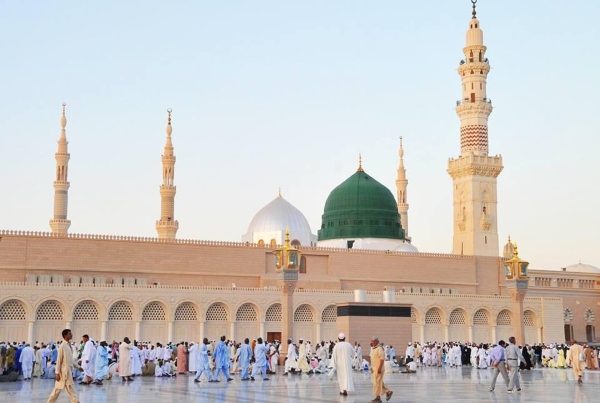 1. The Obligation to Increase the Love and Honor of the Prophet

Allah asks the Prophet (ﷺ) to remind his Nation that it is essential for those who claim to love God, to love His Prophet  (ﷺ):

This obligation to love the Prophet (ﷺ) means to obey him, to remember him, to follow his example, and to be proud of him as Allah is proud of him, since Allah has boasted about him in His Holy Book by saying:

“Truly you are of a magnificent character” (al-Qalam 4).

Love of the Prophet (ﷺ) is what differentiates the believers in the perfection of their imaan. In an authentic hadith related in Bukhari and Muslim, the Prophet (ﷺ) said:

Perfection of faith is dependent on love of the Prophet (ﷺ) because Allah and His angels are constantly raising his honor, as is meant in the verse:

The Divine order that immediately follows in the verse:

“O believers, pray on him,”

makes it clear that the quality of being a believer is dependent on and manifested by praying on the Prophet.

O Allah! Send peace and blessings on the Prophet, his family, and his companions.

We are encouraged to pray on the Prophet (ﷺ) and to praise him, which is an obligation on us through Allah’s order in the verse:

“Allah and His angels are praying on (and praising) the Prophet  (ﷺ);
O believers! pray on (and praise) him and send him utmost greetings” (al-Ahzab 56).

To express happiness for the Prophet (ﷺ) coming to us is an obligation given by Allah through Qur’an, as Allah said in Qur’an:

This order came because joy makes the heart grateful for the mercy of Allah. And What greater mercy did Allah give than the Prophet (ﷺ) himself , of whom Allah says,

Because the Prophet (ﷺ) was sent as a mercy to all mankind, it is incumbent not only upon Muslims, but upon all human beings to rejoice in his person. Unfortunately, today too, there are some people who reject Allah’s order to rejoice in His Prophet (ﷺ).

We are asked to know about our Prophet  (ﷺ), about his life, about his miracles, about his birth, about his manners, about his faith, about his signs (ayat wa dala’il), about his seclusion, about his worship, and is not this knowledge an obligation for every Muslim? What is better than acquiring knowledge of his life? This will make Allah happy with us because then we will be able to know the Prophet (ﷺ) better, and be readier to take him as an example for ourselves, to correct ourselves, and to imitate him and thus gain salvation in this life and in the next.

The Prophet Allah, Rasulullah (ﷺ) was neither tall nor was he short (he was of medium stature). In complexion, he was neither very white like lime, nor very dark, nor brown which results in darkness (he was illuminant, more luminous than even the full moon on the 14th night). The hair of Rasulullah was neither very straight nor very curly (but slightly wavy). When he attained the age of forty, Allah Most High granted him nubuwwah (prophethood). He lived for ten years in Makkah (see commentary) and in Madinah for ten years. He passed away at the age of sixty years. At that time there were not more than twenty white hair on his mubaarak head and beard” Anas (r) reported it.

Opposing his command and changing his sunna is misguidance and innovation. It is threatened by Allah with utter privation and punishment. Allah says:

“Whoever splits from the Messenger after the guidance is clear to him and follows other than the path of the believers, We shall entrust him to what he has turned to and expose him unto Hell – an evil retreat!” Sura Women (4) 115

The Prophet (ﷺ) said: “Anyone who dislikes my sunna is not of me.” (Bukhari and Muslim)

(1) Concerning Respect and Love For The Prophet

The Community [of Muslim Scholars] is unanimous concerning the obligation to magnify and exalt the Prophet (ﷺ), his Family, and his Companions. It was the practice of the Pious Predecessors and the Imams of the past that whenever the Prophet (ﷺ) was mentioned in their presence they were seized by reverence, humbleness, stillness, and dignity.   Ja’far ibn Muhammad ibn ‘Ali ibn al-Husayn ibn ‘Ali ibn Abi Talib (this is Ja’far al-Sadiq) would turn pale whenever he heard the Prophet (ﷺ) mentioned. Imam Malik would not mention a hadith except in a state of ritual purity. ‘Abd al-Rahman ibn al-Qasim ibn Muhammad ibn Abu Bakr al-Siddiq would turn red and stammer whenever he heard the Prophet (ﷺ) mentioned .

As for ‘Amir ibn ‘Abd Allah ibn al-Zubayr ibn al-‘Awamm al-Asadi (one of the early sufis), he would weep until his eyes had no tears left in them. When a hadith was mentioned in their presence they would lower their voices. Malik said: “His sacredness (hurmat) in death is as his inviolability in life.”

(2) Even Love of the Companions Is a Sign of Belief

Abu Hurayra gave the following account of his mother’s conversion:

Then I returned home cheered up by the Prophet’s supplication. When I arrived at the door of the house I found it closed. Hearing my footsteps, my mother said: “Abu Hurayra, do not come in yet.” I could hear the sound of water. She washed herself and wore her robe (dir’) and headcover (khim_r) then she opened the door and said: “Abu Hurayra! I bear witness that there is no God but Allah and that Muhammad is Allah’s servant and messenger!”

I returned at once to the Prophet (ﷺ), weeping for joy, and said to him: “O Messenger of Allah, good news! Allah has answered your request and guided my mother!” He glorified and praised Allah, thanking Him and saying good things. I said: “O Messenger of Allah! Ask Allah that He make me and my mother beloved to his believing servants and that He make them beloved to us.”

The Prophet (ﷺ) said: “O Allah! Make Your little servant here – meaning Abu Hurayra – and his mother beloved to Your believing servants, and make the believers beloved to the two of them.” Not one believer is brought into existence who hears about me without seeing me except he loves me.

This hadith is similar to another sound hadith of the Prophet (ﷺ) addressing the Commander of the Believers ‘Ali ibn Abi Talib (r):

(4) The above is elucidated by the following hadiths:

“Among those of my Community who love me most intensely are certain people who will come after me and who would give away their family and property in exchange for seeing me.” Muslim narrated it in his Sahih, book of “Paradise and its bliss and people.”

A man came to the Prophet (ﷺ) and said: “Messenger of Allah, I love you more than my family and my possessions. I remember you and I cannot wait until I can come and look at you. I remember that I will die and you will die and I know that when you enter the Garden, you will be raised up high with the Prophets. When I enter it, I will not see you.” Allah then revealed:

“Whoever obeys Allah and the Messenger, they are with those whom He has favored: the Prophets (peace be upon them all), the True Saints, the Martyrs, and the Righteous. Ah! What an excellent company.” (4:69)

The Prophet (ﷺ) called the man and recited the verse to him.

Tabarani and Ibn Mardawayh narrated it from A’isha and Ibn ‘Abbas, and Qadi ‘Iyad cited it in al-Shifa’ as well as Ibn Kathir in his Tafsir (1:310) and al-Baghawi in his.

It is further elucidated by the hadith of ‘Umar …

… whereby a man was punished by the Prophet (ﷺ) because of wine-drinking. One day when he was brought to him and he gave orders and had him beaten, one of those present said: “O Allah, curse him. How often he is brought!” The Prophet (ﷺ) said: “Do not curse him. I swear by Allah that I know he loves Allah and His Messenger .” (Al-Bukhari)