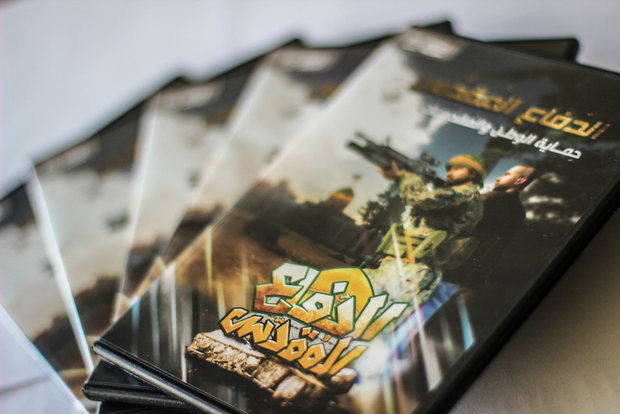 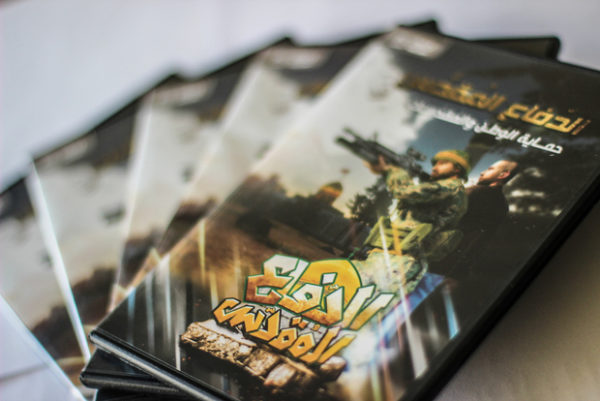 BEIRUT: With a hero main character dressed in military fatigues picking off enemies through the sights of his machine gun, it looks any other slick shoot ’em-up game available around the world.

But “Sacred Defense” is no ordinary game and is consequently highly controversial.

Launched this week by Hezbollah, the production has sparked anger in Lebanon as the latest effort by the militant group to justify their involvement in Syria, brainwash young people and stoke sectarian sentiments.

The action follows Ahmed, sporting the militant’s distinctive yellow headband, through a series of simulated battles in Syria, where the group has been fighting in support of President Bashar Assad.

Mouin Merhebi, Lebanon’s minister of refugee affairs, called for the game to be banned immediately.

He told Arab News that “if spread among the young generation” the game would “fuel sectarian sentiments, which could lead to the expansion of conflicts.”

“Unfortunately, they (Hezbollah) are teaching people how to kill.”

The minister said the game had been designed to prop up “the culture of supporting a fascist and criminal regime that kills their people with gas and barrel bombs.”

The game was launched this month at an event in Beirut attended by Mohammad Fneish, a Hezbollah member who is also Lebanon’s minister for sport and youth, and a representative from the Iranian embassy in Lebanon.

Iran is Hezbollah’s main patron, providing the group with funding and weapons.

The group has previously released video games based on battles against Israel in southern Lebanon. ”Sacred Defense,” however, is set on the battle grounds of Syria’s ruinous war where Hezbollah’s involvement has proved extremely contentious in Lebanon.

With its slick graphics and a tempo to match the wildly popular “Call of Duty,” the enemy in “Sacred Defense” are camouflaged militants with ISIS banners. Slogans are inscribed on the walls saying that “ISIS passed through here.”

Ahmed fights the militants “in defense of the shrine of Sayyida Zeinab,” a reference to the historic Shiite mosque in southern Damascus.

The battle gets more difficult from one stage to the next, leading him to the town of Al-Qusayr in Syria.

In reality, Hezbollah had forced residents of Al-Qusayr to abandon their town in 2013 after fierce battles with the Free Syrian Army. At that time, ISIS had not been heard of, and most of the people from Al-Qusayr became refugees in Lebanon.

The game starts with Ahmed being caught up in a bomb attack at the shrine of Sayyida Zeinab during a visit. The storyline is similar to the justification used by Hezbollah to go to war in Syria alongside the Syrian regular army.

“It is the story of confronting the Takfiri aggression,” according to the game’s website.

A social sciences professor, who preferred not to be named, said the game is Hezbollah trying to justify the loss of its members killed in Syria.

“They resort to this kind of propaganda to add a new method to justify their participation in sacrificing so many victims,” the professor said.

“This game mobilizes children and motivates them to take part in it and, consequently, prepares them to sacrifice their bodies in future battles.”

“If the children playing the game today are between 11 and 12 years old, after a few years they will be ready to fight alongside the party (Hezbollah) without the need for persuasion.”