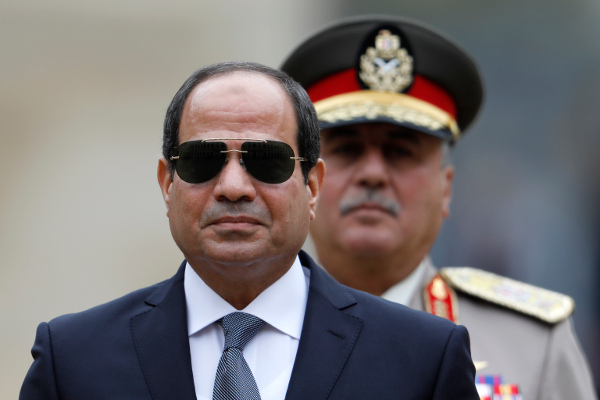 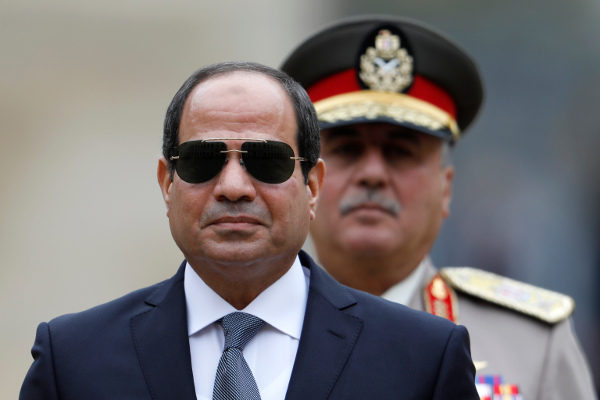 CAIRO — Seven years after ebullient crowds demonstrated in Cairo’s Tahrir Square to overthrow longtime President Hosni Mubarak in Egypt’s second revolution in 60 years, the country is facing more sober political, economic and security choices, as it prepares for a fresh presidential election in March. That vote will be, for the most part, a referendum on the popularity of incumbent President Abdel Fattah el Sissi.

In January 2011, as the Egyptian public’s new-found enthusiasm galvanized into a wave of political change, traditional political forces were overwhelmed by a public seeking a dramatic new landscape. Today’s reality has made many more circumspect in their outlook, but analyst Said Sadek says some things have changed for the better.

There is a lot of criticism,” he argued, “of the president, of officials, which never happened, for example, 50 or 60 years ago, under [former Egyptian President Gamal Abdel] Nasser.” For that reason, he believes that “Egypt is progressing,” but he suggests it would not be fair to “compare [the situation with] whatever happened in countries that took them civil wars and centuries to develop their democracy.”

Other Arab Spring revolutions in Syria and Libya devolved into bloody, protracted civil wars. The Egyptian military steered the country away from the most bleak scenario of impending street-warfare, however, while clamping down on some newfound freedoms and liberties that suddenly and unexpectedly had come their way.

President Abdel Fattah el Sissi, who was elected to lead the country in 2014 following a wave of counter-revolution that overcame Egypt in 2013 after a year of turbulent rule by Islamist President Mohamed Morsi, now prepares to run for a second term. His candidacy evokes a mixture of apathy in some quarters, unhappiness in others, and mobilization by core supporters. Analyst Sadek said that Sissi has accomplished a number of things.

In a country of 95 million people, 35 million of whom are registered to vote, it’s difficult to calculate Sissi’s exact popularity. The country appears polarized, though, with Islamists angry at him for overthrowing the Muslim Brotherhood, while liberal voters are displeased about the erosion of certain key liberties. Many also are disenchanted with the economy.

But, says Jane Kinninmont, senior research fellow at Chatham House in London, Egyptians have a strong sense of nationalism, which often confounds Western perceptions of the country.

“There are sensitivities around sovereignty,” she underscored, “and there is more of a feeling of nationalism than in many countries in the Middle East, because this is, of course, a very old land, with an ancient civilization.”

Kinninmont said she thinks Egypt has “a sense of wounded nationalism, a sense that the country is behind where it deserves to be, economically and politically.”

Egypt’s electoral commission is gearing up to hold presidential elections in March, despite possible logistic challenges, and most political commentators think President Sissi will win re-election.

The incumbent president had three declared opponents, human rights lawyer Khaled Ali, former Prime Minister Ahmed Shafiq and former Egyptian Army Chief of Staff Sami Anan. Two have pulled out of the race, while the latter has been disqualified for not having requested permission from the Egyptian military, to which he belongs, to run.

Kinninmont points out that the “existing government wants to ensure that Sissi is re-elected, but they also have a public that wants to believe Egypt is a democracy, after all the political costs they have paid since [the Arab Spring revolution of] 2011.”

Sissi told a recent campaign gathering he wants Egyptians to pull together to rebuild their country. He said major challenges face the country, but he painted a scene of Egyptians battling the outside world. It is an argument that many Egyptian leaders have evoked in the past.

As Egyptian security forces battle terrorists and militants to the east, west and south of the country, it is a formula that resonates with the public. Egyptians have a conscript army and everyone’s children must participate in defending the nation. For that reason, few would like to see the security situation deteriorate further, and many hope Sissi will succeed in defeating the wave of terrorism that has beset the country.

Said Sadek says Sissi has a positive record on the global geopolitical front, despite a number of threats facing the country.

He argues that Sissi is “making Egypt a regional power, to stand against the other regional powers who are spreading havoc and instability in the area.” He points to the recent Turkish invasion of Syria and claims that much of the destruction in Syria has been the result of the activities of its neighbors.

“If [Egypt] is going to be weak, like others,” he said, “the Egyptian Army will be destroyed and Egypt will be having a civil war like Syria, Libya, Yemen and others.”

In a recent speech, President Sissi vowed to create jobs for young people and to launch major public works projects. He also promised to keep Egypt out of wars, while restoring the country’s place in regional politics. Campaign slogans also are starting to appear on billboards and on TV, so Egypt is clearly gearing up for an election this March.