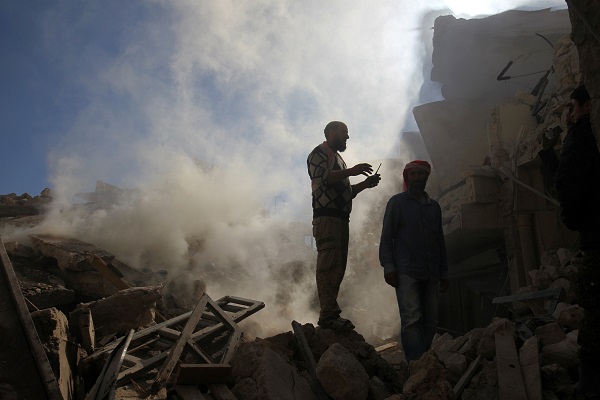 The U.S.-led Coalition killed nearly 10,900 people in Syria over the course of 40 months, the Britain-based Syrian Observatory for Human Rights (SOHR) reported on Tuesday, January 23, according to Al-Masdar News.

According to the Observatory report:

58 people, including 6 children, a citizen woman and 19 unidentified persons were killed in targeting a call-for-Islam center in al-Jinah village in the western countryside of Aleppo.

More than 64 people, including 12 children, were killed in bombings by Coalition warplanes on the al-Tokhar area in the northern countryside of Manbij

64 civilians were killed in a massacre on the night of Thursday-Friday 30th/4 and 1st/5 of 2015 in the village of Bir Mahhalli near Sarrin town south of Ayn al-Arab (Kobani) city.

The Obervatory report also claimed that of 10,900 people killed in Syria, at least 7,396 members of ISIS were killed.

The monitor did not detail how they collected the numbers.