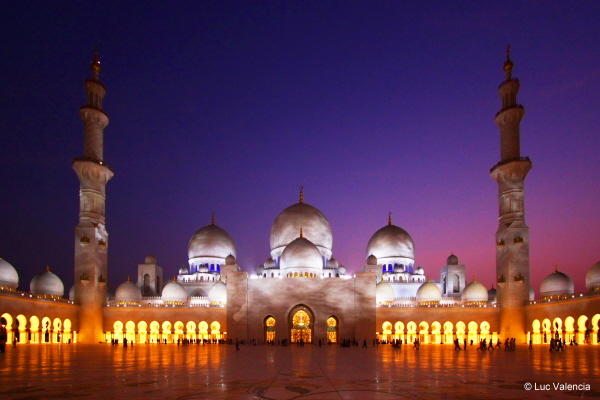 Know that Allah (Exalted is He) created man for His worship.

Thus, Allah (Exalted is He) states in the Noble Qur’an:

Are not Angels Sufficient for Worship?

If this question arises in one’s mind, that Allah (Exalted is He) had already created Angels previously for this purpose, so what need is there now to create another creation, meaning mankind? The answer to this is that although Angels were created for the purpose of worship, they were created in such a fashion that by their nature they were compelled to worship, because only the substance of worship was placed in their innate natures. Besides worship, the substance of sin, disobedience and rebellion were not placed in them. However, humankind were created in such a fashion that the substance of disobedience was also placed within them, the substance of sin was also placed within them, and thereafter, they were given the command to worship. This is why it is easy for Angels to worship. But within people there are desires, emotions, temptations, and needs, and incitements to sin, and after this they were given the command to save themselves from those inclinations to sin and to control those urges and suppress those desires and worship Allah (Exalted is He).

In contrast to them are some activities which originally have another purpose like fulfilling worldly needs and desires. But Allah (Exalted is He), by His grace, said to the believer that if you fulfil your worldly activities with a good intention, within My prescribed limits, and in accordance with the Sunnah of My Noble Prophet (Allah bless him and grant him peace), then I will give you such reward for those acts that I give to the first category [of worship]. This is why these are not intrinsic worship, but are extrinsic worship. This is the second category of worship.[2]

The Incident of a Doctor

Some days ago, a woman asked me about her husband who is a doctor.

[She said:] He keeps his clinic open and sees his patients, and when the time of Salah comes, he does not offer Salah at its time, and when he closes the clinic at night and returns home, he prays three Salahs at one time; so I asked him, why do you read all your Salahs at one time once you have come home, and why do you not pray there in the clinic so you do not have to make them up? In response, the husband said that the treatment I give to patients is work in service of creation, and service of creation is a great act of worship, and it relates to the rights of slaves, which is why I give it preference, and since offering Salah is my personal affair, this is why I pray them all at once when I reach home.

The woman asked me: What answer can I give to this reasoning of my husband?

Salah is not Forgiven in any Circumstance

In reality, her husband had a faulty understanding here because of not appreciating the difference in the grades that exist between the two types of worship. This difference is that the worship of Salah is intrinsic, regarding which Allah (Exalted is He) stated that even if you are in the battlefield, and the enemy is facing you, even then you must pray. Although some ease has been created in the method of Salah in such a circumstance, yet the obligation of Salah at this time is not waived. Thus, Allah (Exalted is He) has decreed the following verdict with respect to Salah : “Surely, Salah is an obligation on the believers at fixed times.” (4:103)

Now, ponder: Which act is greater than jihad? Yet this command has been issued, that even [while engaging] in jihad, Salah must be offered at its [set] time.

Service of Creation is Worship of the Second Category

In Comparison to other Needs Salah is more Important

Ponder! When you are sitting in the clinic to serve creation, at this time you have to get up for other needs, like if there is a need to go to the lavatory or to take a bath, in such a circumstance you will eventually leave the patients and go [to fulfil these needs]. Similarly, if in this time, hunger is felt, and the time for eating comes, will you take a break for eating or not? Since you can pause for those acts, then if the time of Salah comes, what trouble is there if at that time you pause for Salah? And what barrier to the service of creation will be created? While in comparison to other needs, Salah is more important.

In reality, because of not understanding the difference between the two types of worship, this misunderstanding was created.  Although in terms of the second category of worship, a believer can make all his acts worship, as if a believer were to work with a good intention and in accordance with the Sunnah, his entire life would be worship, but this is worship of the second rank. Worship of the first rank, Salah, fasting, Hajj, zakat, dhikr of Allah etc. are intrinsic worship of Allah, and in actual fact, mankind was created for this worship.

Mankind is being Tested

Mankind was created for such worship in order to see that if the human being, in whom I [i.e. Allah] have placed various types of desires and urges, I have placed in him inclinations and attractions towards sins, despite all of this, will this human being come towards Me and remember Me, or will he go in the direction of the invitations to sin and will those urges overcome him? It was for this purpose that mankind was created.