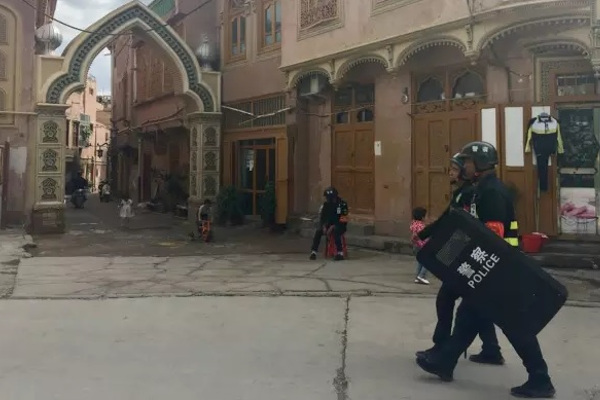 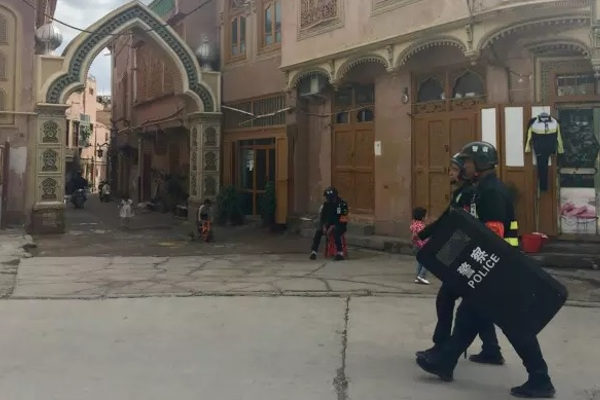 Chinese authorities in Tekes county in the northwestern region of Xinjiang have searched the homes of 30,000 members of the mostly Muslim Kazakh ethnic group in recent weeks, confiscating copies of the Quran, prayer mats and other religious items, RFA has learned.

An ethnic Kazakh resident of Tekes county, which is in the Ili Kazakh Autonomous Prefecture, said he recently returned to China from a visit to relatives across the border in Kazakhstan to find his hometown a mass of police guarded and mobile checkpoints.

He said his name and ID card number have now been added to a police “wanted” list along with some 60 other ethnic Kazakhs, for “returning to China after a long absence.”

“Between Oct. 25 and Nov. 1, the homes and residences of 30,000 Kazakhs were forcibly searched,” the source said. “They were looking for Qurans, prayer mats and beads, and anything bearing the name of Allah or the prophet Mohammed.”

He said Han Chinese in the area, an estimated 30,000 of whom also spend long periods of time in Kazakhstan, were ignored in the crackdown.

“They confiscated all kinds of religious items,” he said.

An officer who answered the phone at the Tekes county police department on Thursday declined to comment.

“You’ll have to come in person … and ask that. We don’t accept phone calls,” the officer said.

“In Tekes county, 30,000 homes were searched by police for Qurans, prayer mats and also clothing bought in Kazakhstan, and anything sent by parcel from Kazakhstan,” the source said. “The police confiscated all of it.”

“I also heard that there are now 60 names on a police blacklist of people from Tekes county who went to visit relatives in Kazakhstan,” he said.

Sources said officials had warned people not to try to hide any items, because if they were subsequently turned up in police raids, “there would be severe consequences.”

Local ethnic minorities are also under huge pressure to attend early morning flag-raising ceremonies, where people stand to attention and the national anthem is played, they said.

The raids in Tekes come after Chinese authorities in Xinjiang ordered ethnic minority Muslim families to hand in religious items including prayer mats and copies of the Quran to the authorities in September.

Officials across Xinjiang have been warning neighborhoods and mosques that ethnic minority Uyghur, Kazakh and Kyrgyz Muslims must hand in the items or face harsh punishment if they are found later, sources in the region told RFA at the time.

Earlier this year, Xinjiang authorities began confiscating all Qurans published more than five years ago due to “extremist content,” according to local officials, amid an ongoing campaign against “illegal” religious items owned by mostly Muslim ethnic Uyghur residents.

The Qurans were appropriated as part of the “Three Illegals and One Item” campaign underway in Xinjiang that bans “illegal” publicity materials, religious activities, and religious teaching, as well as items deemed by authorities to be tools of terrorism—including knives, flammable objects, remote-controlled toys, and objects sporting symbols related to Islam, they said.

Chinese authorities have lately issued orders for ethnic Kazakh Chinese nationals to hand in their passports and Kazakh green cards in some parts of Xinjiang, and have detained hundreds of Kazakhs returning from overseas study or family visits to Kazakhstan, sending them for indefinite terms in “re-education” facilities.

Official figures show that there are around 1.5 million Kazakhs in China, mostly concentrated in and around the Ili Kazakh Autonomous Prefecture close to the Kazakhstan border.

China has previously welcomed Kazakhs who wished to relocate from Kazakhstan, with their numbers peaking at nearly 38,000 in 2006. But now many Kazakhs with Chinese nationality are heading back in the other direction.