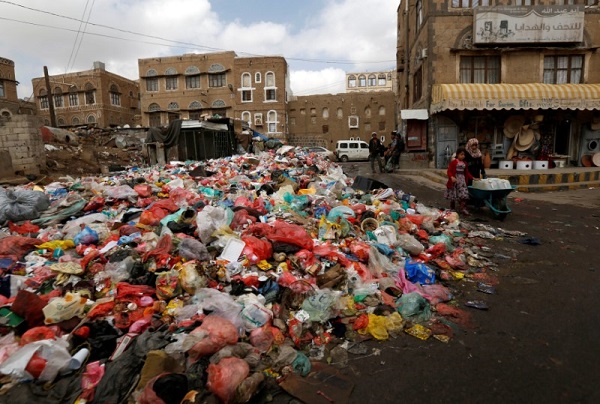 A girl pushes a wheel cart with water jerrycans past a pile of rubbish bags on a street during a strike by garbage collectors demanding delayed salaries in Sanaa, Yemen May 8, 2017. REUTERS/Khaled Abdullah

SANAA – At least 1,732 people have been killed by a cholera outbreak in war-torn Yemen since late April, according to the World Health Organization (WHO).

A total of 313,538 suspected cases of cholera have been registered in 21 Yemeni provinces, the WHO said on Tuesday.

The northwestern Hajjah province is the hardest-hit by the disease, while the southern province of Socotra remains the only Yemeni province where the cholera epidemic has not spread.

Impoverished Yemen has remained in a state of civil war since 2014, when Houthi rebels overran much of the country, including the capital Sanaa.

According to UN officials, more than 10,000 people have been killed in the war, while more than 11 percent of the country’s population has been displaced as a direct result of the conflict.

Consider giving to local trusted charitable appeals for Yemen or to the UN efforts like this one.