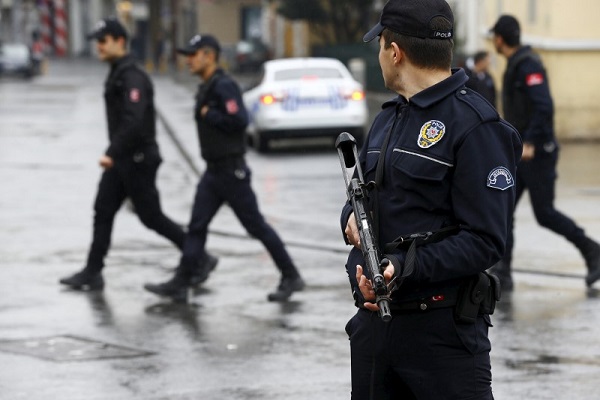 A police officer secures the area following a suicide bombing in a major shopping and tourist district in central Istanbul March 19, 2016. REUTERS/Osman Orsal

Turkish police killed five ISIS militants in a firefight that erupted during a raid on a house in the central city of Konya, officials said Wednesday, July 12. Four police officers were slightly wounded in the operation, The Associated Press reports.

Eight other militants were detained in a series of other raids linked to the operation, the state-run Anadolu Agency reported.

The Konya governor’s office said police carried out the raid on the house after a routine security check on residents of homes on a route frequently used by military units revealed that it was being rented by a militant wanted by police.

The governor’s office said a gun, five automatic rifles and a large amount of ammunition were seized in the raid.

Turkey has been hit by a series of deadly attacks carried out by ISIS or Kurdish militants and has stepped up anti-terrorism operations across the country.

ISIS claimed responsibility for a New Year’s mass shooting at an Istanbul nightclub that killed 39 people.