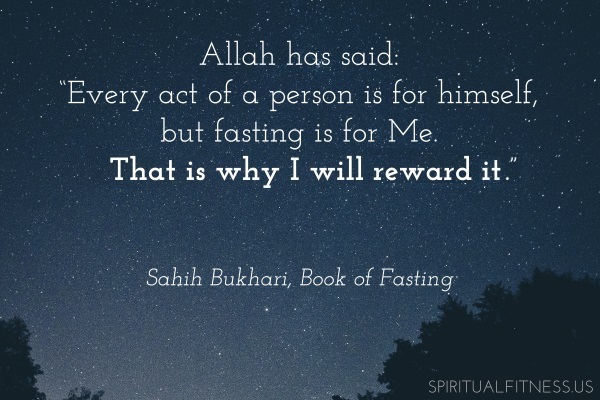 Processed with VSCOcam with hb1 preset

The first thing to understand is the difference between what is known as fard and what is known as nafl.  Fard is obligatory, it is what Allah requires us to do, and leaving it is a sin and we will be held accountable for it.  An example is two rakah of Fajr prayer and the fasts of Ramadan.

Nafl literally means extra.  Nafl worship is voluntary, it is not required from a Muslim, rather it is up to the individual to offer it.  It is optional and voluntary.  The Muslim is not sinful for neglecting nafl, but is rewarded for doing it.  Therefore, nafl worship is recommended.  Examples of nafl fasts will be covered in this lesson.

Many times a new Muslim is anxious about fasting the whole month of Ramadan (9th Islamic month).  Voluntary fasts provide an excellent opportunity to practice fasting while earning rewards before Ramadan approaches.  At the same time, one must remember not to burn out, but to be gradual without being negligent.

The Most Important Nafl Fasts

1. Six Days in the Month of Shawwal (the month following Ramadan or the 10th Islamic month)

The Prophet (peace and blessings of Allah be upon him) said,

“Whoever fasts during the month of Ramadan and then follows it with six days of Shawwal will be (rewarded) as if he had fasted the entire year.” [1]

It is forbidden to fast on the day of Eid or Eid-ul-Fitr to be specific. You can keep these six fasts anytime after the day of Eid and they do not have to be kept consecutively. If you wish you can fast them separately as long as they are completed within the month of Shawwal.

The Islamic month in which the Hajj is performed is known as Dhul-Hijjah.  “Day of Arafah” is the ninth day of that month.

It is recommended for those not performing the Hajj pilgrimage to fast this day as the Messenger of Allah said: “Fasting on the day of Arafah is an expiation for two years, the year preceding it and the year following it.” [2]

3. Fasting the Tenth Day of the Islamic Month of Muharram (1st Islamic month)

Muharram is the first month of the Islamic lunar calendar.  The tenth day of this month has a special name – “Ashura.” What does one get for fasting it? The Prophet (peace and blessings of Allah be upon him)  informed us,

“Fasting the day of Ashura is an expiation for the past year.” [3]

5. Fasting most of the month of Sha’ban (8th Islamic month)

Sha’ban is the name of the Islamic month that comes before Ramadan.  The Prophet would fast most of the month of Sha’ban.

1. The intention for a voluntary fast can be made during the day

Let us say that you woke up and prayed Fajr.  You did not have the intention to fast that day and you also did not eat, drink, have intercourse, or otherwise do anything that would break a person’s fast. This is provided most of the day has not passed with a day being the number of hours between the Fajr prayer and the Maghrib prayer. The intention of a voluntary fast can be made during the day as long as most of the day hasn’t gone by.

You must have the intention the night before to fast the next day for Ramadan fasts.

2. It is permissible for one who is performing a voluntary fast to break his fast

Breaking a day of fasting during the month of Ramadan without a legitimate reason, on the other hand, is a serious sin even if the person makes it up later.

· Nafl – a voluntary act of worship

· Muharram, Sha’ban, Ramadan, Shawwal, Dhul-Hijjah – names of some important Islamic months. Muharram is the 1st month of the Islamic calendar, Sha’ban the 8th, Ramadan the 9th, Shawwal the 10th and Dhul-Hijjah the 12th.

· Arafah – the 9th day of the Islamic month of Dhul-Hijjah.

· Ashura – the 10th day of the Islamic month of Muharram.

· Eid – festival or celebration. Muslims celebrate two major religious holidays, known as Eid-ul-Fitr (which takes place after Ramadan) and Eid-ul-Adha (which occurs at the time of the Hajj).

· Hadith – (plural – ahadith) is a piece of information or a story. In Islam it is a narrative record of the sayings and actions of Prophet Muhammad (peace and blessings of Allah be upon him) and his companions.

· Hajj – A pilgrimage to Mecca where the pilgrim performs a set of rituals. The Hajj is one of the five pillars of Islam, which every adult Muslim must undertake at least once in their life if they can afford it and are physically able.

· Ramadan – The ninth month of the Islamic lunar calendar. It is the month in which the obligatory fasting has been prescribed.