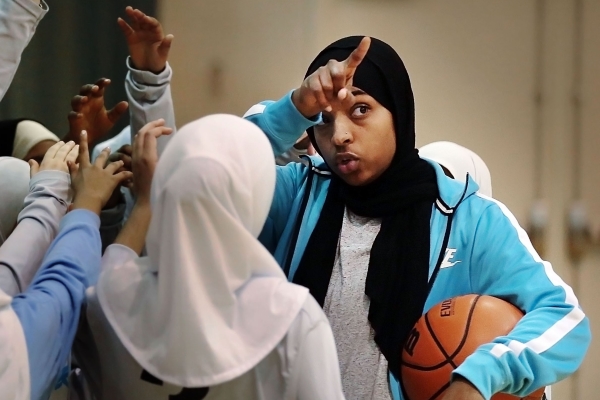 This week, the International Basketball Federation (FIBA) lifted a uniform rule that prohibited players from wearing religious headwear on the basketball court, according to Vice.

For Bilqis Abdul-Qaadir, a point guard who played for Indiana State and the University of Memphis, this is huge news. She wanted to continue her basketball career in Europe, but could not play because she’s a Muslim woman in hijab, which would have violated FIBA’s uniform rule.

In addition to Muslim women, the headwear ban also kept Sikh men in turbans and Jewish men in kippot from participating in professional leagues worldwide. But now, thanks to the efforts of athletes like Abdul-Qaadir, players will be able to wear their headwear come Oct. 17, 2017.

“I am overwhelmed with emotion,” Abdul-Qaadir told Vice. “I’m happy to be a part of history and positive change.”

“There is zero conflict between my faith and my ability to play basketball,” Darsh Preet Singh, the first turbaned Sikh player in the NCAA, said in a statement. “I am thrilled about FIBA’s decision, which will allow athletes across the world to pursue their dreams without compromising their faith.”

This lifted ban is the latest headline pertaining to religious apparel. Earlier this year, major apparel brands, like Nike and Uniqlo, took steps to integrate Muslim fashion into their product lines.