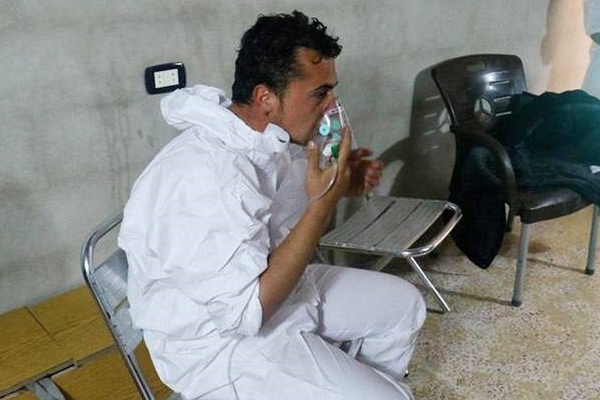 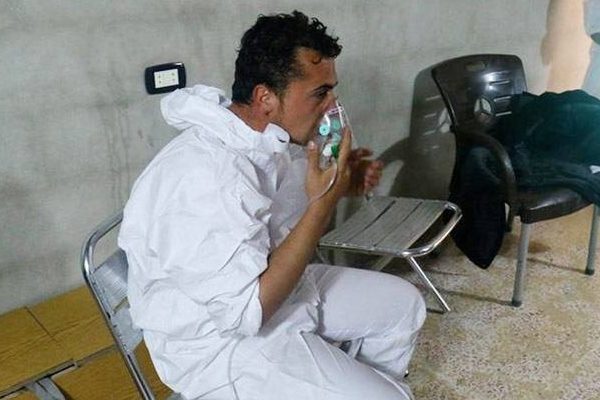 The U.N. Security Council held an emergency meeting Wednesday to discuss a chemical weapons attack in Syria that has killed scores of people, amid a continuing global chorus of condemnation over the incident.

Observers, diplomats and analysts are blaming the incident in the town of Khan Sheikhoun on forces loyal to President Bashar al-Assad and his Russian allies. The World Health Organization says the victims appear to show symptoms consistent with exposure to a nerve agent.

An umbrella organization of Western relief groups put the death toll at 100 with more than 350 others stricken.

Russia has “categorically denied” any role in the attack, blaming the incident on Syrian warplanes striking a warehouse or factory storing chemical weapons possessed by rebel forces. Syria’s government has repeatedly denied using chemical weapons against civilians throughout the six-year war

A U.S. intelligence official said the strike in northern Idlib province “has the fingerprints of a regime attack.” The official said if the Assad government’s responsibility is confirmed, the number of dead and wounded “would make it the biggest incident like this since the Syrian regime’s August 2013 Sarin attack on the Damascus suburbs.”

At the Vatican Wednesday, Pope Francis said he deplored “the unacceptable massacre.”

U.S. President Donald Trump denounced the attack as “reprehensible and cannot be ignored by the civilized world” in a statement released by the White House Tuesday.

Speaking at the start of major international meeting in Brussels on the future of Syria, British Foreign Secretary Boris Johnson said “all the evidence” he has seen suggests the Assad regime carried out the attacks, and said it was impossible to imagine the regime having any legitimate authority over the war-torn country.

Far to the south, monitors from the Syrian Observatory for Human Rights said at least 25 others, many of them women and children, were killed Tuesday in airstrikes at several sites east of Damascus.

The gas attack at Kahn Sheikhoun, described by the opposition Syrian National Coalition as a “horrifying massacre,” is widely believed to be the worst such violation of international law in war-ravaged Syria since 2013, when a U.N. probe found credible evidence that sarin gas killed hundreds of civilians near Damascus.

The coalition urged U.N. officials to “open an immediate investigation” and take the necessary measures to ensure the officials, perpetrators and supporters are held accountable.

The reported attack on Khan Sheikhoun to the west of Aleppo and south of the city of Idlib, the provincial capital, is the third claimed chemical weapons attack in just over a week in Syria. Another two blamed on the Syrian government were reported in Hama province, not far from Khan Sheikhoun.

Earlier this year, the New York-based Human Rights Watch accused the Syrian government of mounting eight chlorine gas attacks on insurgent-controlled areas during the final weeks of the battle for Aleppo. A joint investigation by the United Nations and international chemical weapons experts blamed the Syrian government for at least three chlorine attacks in 2014 and 2015.

Idlib province is one of the last strongholds of anti-Assad rebels and U.N. analysts estimate there are nearly a million displaced Syrians in the province, many from Aleppo.