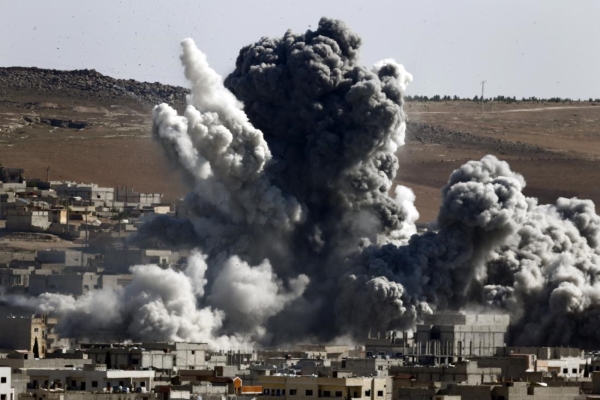 Turkish-backed Syrian rebels have captured the western outskirts of the Syrian city of al-Bab, held by ISIS (IS), reports say, according to BBC News.

The forces have been fighting to take the city, about 30km (20 miles) south of Turkey, from ISIS since late 2016.

It is part of a broader offensive by Turkey to push ISIS and Kurdish fighters away from Turkey’s southern border.

Syrian forces meanwhile have closed in on al-Bab from the south, where there is reported to be fierce fighting.

Syrian troops and the pro-Turkish rebels supported by Turkish soldiers are now within 3km of each other on opposite sides of al-Bab, the Associated Press news agency says.

Syria is expected to be high on the agenda when new director of the CIA, Mike Pompeo, holds with Turkish officials in Ankara on Thursday, February 9.

The visit is Pompeo’s first trip abroad since taking office. While the U.S. and Turkey are part of the same anti-ISIS coalition, Turkey objects to U.S. support for the predominantly Kurdish Syria Democratic Forces (SDF), whose People’s Protection Units (YPG) contingent is regarded as a terrorist group by Turkey.

Turkish and rebel sources, and a UK-based monitoring group, said their forces had taken areas in the western outskirts of al-Bab on Wednesday.

A rebel commander told Reuters news agency fighters from a pro-Turkish division of the Free Syrian Army were moving forward on Thursday from territory they had taken the day before.