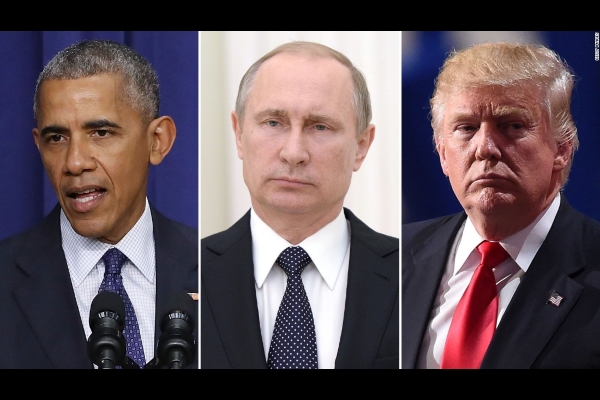 “The outgoing US administration of Barack Obama, accusing Russia of all mortal sins, trying to blame us for the failure of its foreign policy initiatives among others, as you know, groundlessly pushed further allegations that Russia intervened in the US election campaign at the national level,” Lavrov told reporters.

The Russian Foreign Ministry proposed Russian President Vladimir Putin to expel 31 staff members of the US Embassy in Moscow and 4 workers of the US consulate in St. Petersburg, Lavrov said.

The Russian foreign minister called allegations of Russia’s interference in the US election campaign “groundless.”

On Thursday, US outgoing President Barack Obama announced the expulsion of 35 Russian diplomats, the closing of two Russian diplomatic compounds in Maryland and New York and new sanctions against six Russian individuals and five entities over Moscow’s alleged interference in the November US presidential election, which the Kremlin has repeatedly denied.

“US administration’s manners are quite obvious. In this and in another cases, the compounds were meant to let children rest there during winter holidays, traditionally, camps have been opened there and these compounds have been declared ‘spy nests’, as I understood according to the statements of the US administration. We, of course, cannot leave these tricks[new US sanctions against Russia] unanswered. Reciprocity is the law of diplomacy and foreign relations,“ Lavrov said.

Lavrov said that the Foreign Ministry also offered to ban US diplomats from using Serebryany Bor retreat near Moscow.

The Russian Foreign Ministry called the outgoing Obama administration’s actions counterproductive and warned they would harm the mending of bilateral relations.

In November, members of the Senate Intelligence Committee urged the White House to declassify “additional information concerning the Russian Government and the US election.”

President Obama had ordered the intelligence community to prepare a full report on the findings regarding Russia and the election before he leaves office on January 20. Incoming President-elect Donald Trump stated that the US needs to “get on with our lives,” in response to the allegations against Moscow.