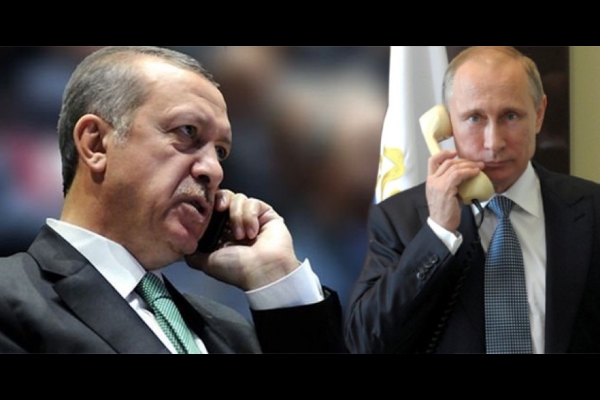 Turkey said it will facilitate contacts between Syria’s government and opposition groups in preparation for peace talks organized together with Russia and Iran that aim to reach a nationwide ceasefire as the first step to ending an almost six-year civil war, Bloomberg reports.

“We must find a way to stop this bloodiest war of the modern era,” President Recep Tayyip Erdogan’s spokesman Ibrahim Kalin said at a news conference in Ankara on Monday, December 26. “It’s of the utmost importance to be constructive and focus on solving the problem, and that is our approach.”

Russia, Turkey and Iran agreed in Moscow last week to follow a joint approach to Syria that includes seeking a cease-fire and holding peace talks in the Kazakh capital, Astana, sidelining the U.S. They offered to act as guarantors of any peace deal to end the conflict that has killed more than 300,000 people and sent millions fleeing to neighboring countries and to Europe.

The date of the talks in Astana and the list of participants haven’t been set yet, Kalin said. The first meeting is due to be held in mid-January, Russia said on Friday. The Syrian government, the “moderate” opposition, the Kurds and forces “on the ground” including armed opposition that aren’t part of terrorist groups will be invited, Russian Deputy Foreign Minister Gennady Gatilov said.

Syrian government forces backed by Russia and Iran this month took the city of Aleppo, once Syria’s largest, defeating mostly Islamist rebels. It marked one of Russia’s biggest victories since it joined the Syrian war last year in support of President Bashar al-Assad and against rebels backed by the U.S., Turkey, Gulf and European states.