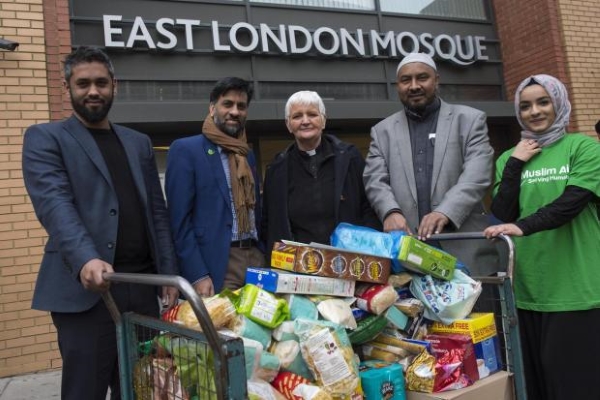 Christmas is a time when we are supposed to extend feelings of goodwill to our neighbours, but this year it feels like there is anything but affection between Muslims and non-Muslims across the UK. Just as the dust began to settle from the surge in hate crime following Brexit, an extremist ploughed a lorry into a Christmas market in Berlin.

This is not the Islam I know or the religion that hundreds of my fellow Muslims have been practising over Christmas. Take the east London mosque, who along with Muslim Aid has collected 10 tonnes of food for distribution to London’s homeless over the holiday season. Islamic Relief Scotland’s Winter Warm campaign has distributed over 350 bags containing hats, scarves and gloves this year alone in Glasgow, Aberdeen and Edinburgh. London Muslim students recently held a huge homeless drive providing medical checks, food and haircuts, as well as litter picking in the streets of the capital.

When the new year starts the charity Al-Mizan’s vision will provide grants to disadvantaged people for items ranging from mattresses to school uniforms, regardless of their faith or background. Myriad Foundation volunteers will visit vulnerable, lonely and terminally ill members of the community. The British Islamic Medical Association will be teaching basic life support and first aid skills in mosques. Manchester’s Muslim Youth Foundation will be handing out roses on the high street as gestures of peace and goodwill, in the prophetic spirit.

Multiculturalism is not a failed project. Yes, we have rough patches, and there is much work to do, but there are thousands of us out there who are trying to make it work. Yes, we have incidents of racism and intolerance, but we also have beautifully diverse communities who work together for humanity’s sake.

I ask just one thing of you, my fellow Brits. Next time you find yourself presented with a violent image of ‘Muslims’, remember us, the thousands of Muslims donating, campaigning and working right now to help Britain’s homeless, vulnerable, and elderly. The invisible majority fighting for British values, which happen to be Islamic values too.

For every bridge burnt by the flames of violence and aggression, we’ll build ten more, and be stronger for it. We are peaceful people: if you don’t want to take it from me, visit one of these projects for yourself. I leave you with the words of Prophet Mohammed, the ones with which he greeted even those who wanted him dead, the ones he taught me to embrace the world with: Peace be upon you.