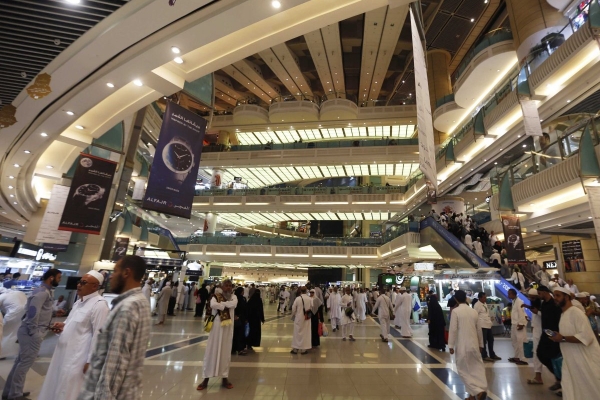 Obviously, the world was not a deserted place at the time of the upbringing of the Holy Prophet (upon him blessings and peace). It was not a graveyard. The wheels of life were moving at that time too with very little difference from what they are now. Business was carried on almost in the same manner, and the people, generally, were satisfied with the things around them and did not feel the need for change

But the Almighty did not like the state of the world. As it is mentioned in a prophetic tradition: “The Lord cast a glance at the dwellers of the earth, and felt highly displeased with them, whether Arabs or non-Arabs. He was angry with all except for a few who believed in the revealed religions. He, thereupon, sent down the Prophet Mohammad, and along with him, made provision for giving rise to a whole community. This community had evidently been created for a definite purpose which was not being fulfilled by others. There could be no need to raise a new community for something that was already being done or to produce the storm in the placid ocean of life that followed the emergence of the new Ummah.

When the Lord created Adam, the Angels  asked: Were they not enough for His glorification? Why should this  creature of clay be brought into being? The Lord replied: I know what ye know not (Quran 2: 30). He, thereby, indicated that Adam had not been created to fulfill the function of the Angels, but He intended to take some other work from him.

If the Muslims were being raised merely for trade, the merchants of Mecca who took their caravans to Syria and Yemen, and the Jews of Medina who had established large business houses had the right to ask whether they were not good enough that a new community was called for. And if it was agriculture, the farmers of Medina, Khyber, Najd, Syria, Yemen and Iraq could have complained why they were being overlooked. And so on.

But Muslims were being created for a new task which no one in the world was performing or could perform. A new community was required for it. Hence, it was said:

You are the best community that hath been raised up for mankind. Ye enjoin right conduct and forbid indecency; and ye believe in Allah. (Quran 3:110)

It was for this sake that people left their home for good, suffered loss in trade and agriculture, and shut their eyes to the comforts of the world. They shed their blood like water, preferred widowhood for their women, and the state of an orphan for their children. Was all this strife, this struggle and sacrifice, aimed simply for the ends and activities with which the Muslims appear to be so contented today? The way to their attainment was safe and even. There was no opposition from the contemporary world over it. Progress along it was not the bone of contention between the Arabs and the other people. They had repeatedly been offered the things the Muslims are hankering after now, but each time, the preacher of Islam, the Prophet had firmly rejected all the proposals of power, wealth and luxury.

Now, were the Muslims to come down to the level of all the pagan communities subsisted at the time of the childhood of the Holy Prophet, and come down to the level the  entire non-Muslim population of the world is finding itself today, and plunge recklessly into wordly affairs and interests like the Arabs, Romans and Persians of those days, and then make the high aim of their existence the ends and advantages the sacred Prophet had turned down with disdain, what could it denote save the repudiation and betrayal of the early history of Islam? Would it not show that the blood that was shed at Badr, Hunain, Ahzab, Qadsia and Yarmouk had been in vain?

If the leaders of the Quraish were able to speak today, they could rightfully tell the Muslims that the things they were craving for were exactly what they had offered to their Prophet. All these could be obtained without shedding a drop of blood. Was the net result of the whole struggle and the worth of all the sacrifices the way of life they had chosen and the moral standards that were so pleasing to them? What answer would we have then?

The chief anxiety of the Holy Prophet about the Muslims was that they would fall prey to the allurements of the world and forgot their mission. He had addressed this warning to them in the sermon he delivered during the last days of his life:

“It is not poverty that I fear for you, but what I really fear is that the earth should be spread for you, as it had spread for those who came before you, so that you could covet it as they had coveted, and, then, it destroyed you as it had destroyed them.”

As we learn from Abu Ayyub al-Ansari, when it was felt by the Ansar of Medina that they withdrew, for some time, from struggle in the path of Allah and paid attention to trade and agriculture which were suffering through neglect, they could not even think of exempting themselves from the principal duties like Salat, Fasting and Zakat, but had only expressed the intention of taking leave for a time from participation in the active endeavor for the glory of Faith–, this temporary withdrawal, too, was held to be nothing short of suicide, and the following verse of Surah Baqara was revealed:

“Spend your wealth for the cause of Allah, and be not cast by your own hands to fitting destruction; and do good as it ought to be and carry it on. Lo! Allah loveth those who do good deeds.” (2:195)

The particular mould of a Muslim’s life is such that he should either be engaged in the preaching and propagation of Faith and other practical endeavors in its path or lending help and support to those who are so engaged, and also, wishing, genuinely, to join in the task himself.

The life of a contented citizen or businessman is not the life of a Muslim. It can never be his aim and ideal. Legitimate concerns of life and lawful economic activity, of course, are not forbidden. On the contrary, these are a form of worship and a means to the gaining of the propinquity of the Lord provided that the intention is pure and the eye is on the reward of the hereafter and such an occupation is carried on within the limits prescribed by Islam.

This is the chief message of the life of the sacred Prophet for Muslims. To remain indifferent to it is to allow its purpose to be wasted and turn a blind eye to the fundamental reality the life of the Prophet presents to us.