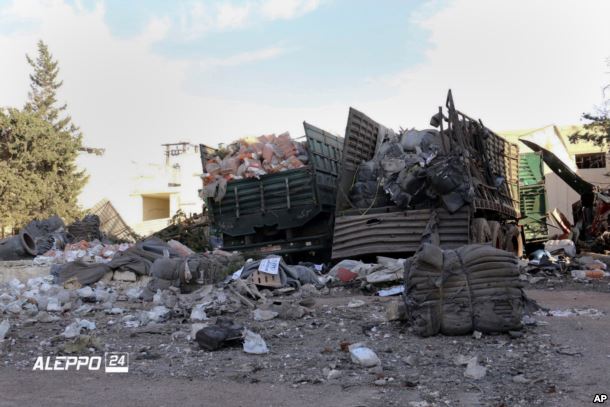 The Britain-based Syrian Observatory for Human Rights said on September 22 that the strikes “led to massive fires” overnight.

One activist group said 10 people had been killed in the bombardment, while a doctor put the death toll at 45.

It was unclear who exactly carried out the air strikes, but activists blamed the Syria government and Russia.

Heavy clashes were reported after the air strikes.

A cease-fire deal brokered by Moscow and Washington fell apart earlier this week.

Addressing the UN Security Council on September 21, U.S. Secretary of State John Kerry called for a no-fly zone in some parts of northern Syria and called on Russia to force the Syrian government to ground its planes.

Based on reporting by AFP, Reuters, and dpa