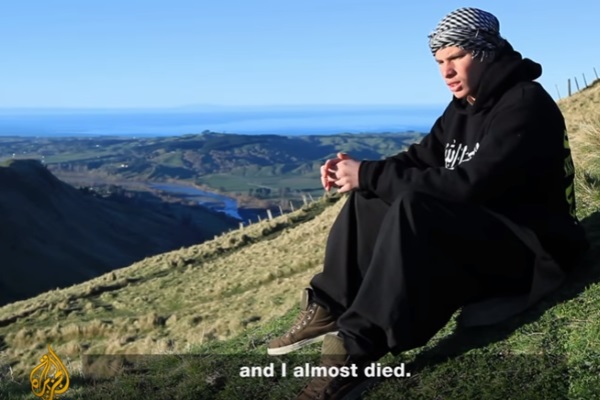 Once a year, for a whole month, Muslims around the world observe the holy month of Ramadan. Family, community work, prayer, reflection and, most importantly, fasting from sunrise to sunset, are the main elements of the month.

However, observing Ramadan is not always straightforward in countries where Muslims are in the clear minority.

So how do Muslims in the Western world put their faith into practice when lifestyles can often be so different?

Ramadan has recently fallen in July and August, summer in the northern hemisphere and winter in the south.

Fasting during daylight hours in Iceland, where there can be 24-hour sunshine in summer, contrasts sharply with the short days of the New Zealand winter – but each posts different challenges for the minority Muslim communities of the two countries at opposite ends of the globe.

There are almost 50,000 Muslims in New Zealand now, 1 percent of the population.

The numbers of indigenous Maori converts are also on the rise, some claiming it helps them to connect with the true nature of their heritage.

Carlos Brokeen, now known as Abdulaziz, his extended Maori family and friends in Hastings on the South Island, are relatively recent converts.

“People look at me like I’m not a Maori because of my clothing,” says Carlos, indicating his salwar kameez. “But then they’ve got to turn around and look at what they are wearing.”

With a troubled past including gang violence and drug abuse, Islam has brought him and his family a fresh start and a new inner peace, especially evident during Ramadan.

“Once I became a Muslim it became obligatory upon me to seek knowledge. So now I know more about my history than I did before I was a Muslim. I feel strong and more intact with my Maoridom,” he continues.

For the family, Ramadan can be both the best and hardest time of year. It’s sometimes difficult to cram everything into a shortened winter day.

But over in Iceland, the day sometimes never ends for its estimated 1,200 Muslims.

Sverrir Ibrahim Agnarsson came to Iceland as a Muslim in 1973 and is Chair of the Association of Muslims in Iceland. If he and his fellow Muslims adhered strictly to Quran timings – sunrise to sunset – they might not be able to pray Isha (the night prayer) until December.

“In middle of June and July we have 24-hour sunshine,” says Agnarsson. “In Reykjavik the sun goes down but it never gets dark.”

One year when Ramadan fell in July, he approached the religious authorities in Cairo for guidance and was told he should start fasting at dawn – but only for the same duration as fasting hours in Mecca,  a much more manageable 15 hours.

Although the Muslim communities of the New Zealand town of Hastings and the Icelandic capital Reykyavik are literally a world apart, it’s clear that Ramadan is the same deeply spiritual time for both of them.