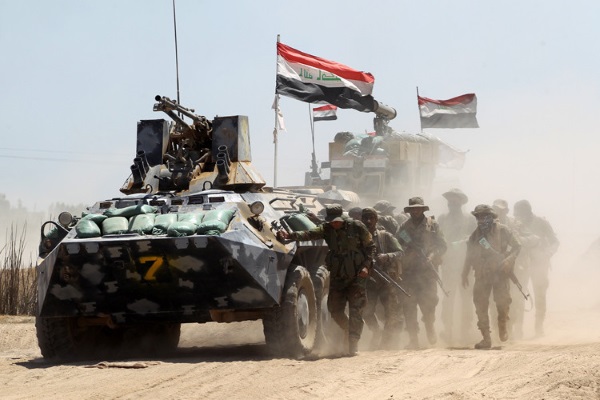 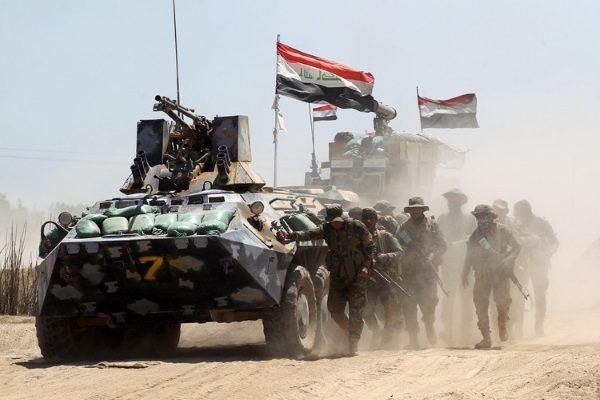 Iraqi Special Forces were continuing operations in Fallujah Saturday after announcing most of the city had been taken from Islamic State control a day earlier.

“We promised you the liberation of Fallujah and we retook it,” Iraq’s Prime Minister Haider al-Abadi said Friday.

Iraqi army troops had earlier taken over an IS command center in the region through a series of airstrikes that hit two tactical units and destroyed six machine gun positions. Officials confirmed the Iraqi army had also seized a government building in the center of the city.

On Twitter, Abadi said Fallujah had returned to the nation and Mosul was the “next battle.”

“Daesh will be defeated,” he added, using the Arabic acronym for IS.

For almost two months, U.S. intelligence officials have described the Islamic State group as being “at its weakest point since its rapid expansion,” pointing to a number of factors.

Officials said jihadists are fleeing the city by mingling with the civilians who are also leaving the area.

The French news agency reported that at least 20,000 people had left Fallujah in just a few hours. On Thursday another 42,000 had already fled.

“It is unknown how many families are still trapped inside Fallujah but we are concerned they are the most vulnerable — pregnant women, elderly people, people with disabilities,” the Norwegian Refugee Council said. It described the wave of people fleeing the fighting as an “unprecedented mass displacement” in that region.

For weeks, families, many with small children, had been fleeing under sniper fire and punishing heat to arrive at camps set up outside the city. New camps are now being built by both the government of Iraq and U.N. agencies to shelter new arrivals.

U.S. President Barack Obama said during a news conference the group is “under more pressure than ever” adding that IS continues to lose key leaders.

“So far, we’ve taken out more than 120 top ISIL leaders and commanders. ISIL continues to lose ground in Iraq. … All told, ISIL has now lost nearly half of the populated territory that it once controlled in Iraq — and it will lose more,” Obama said on Tuesday.

But analysts said although the loss is “significant,” the group could still survive.

“The ISIS messaging machine will likely find ways to continue attracting recruits and encouraging lone wolf attacks despite the loss of Fallujah,” said Patrick Martin, Iraq analyst at the Institute for the Study of War.