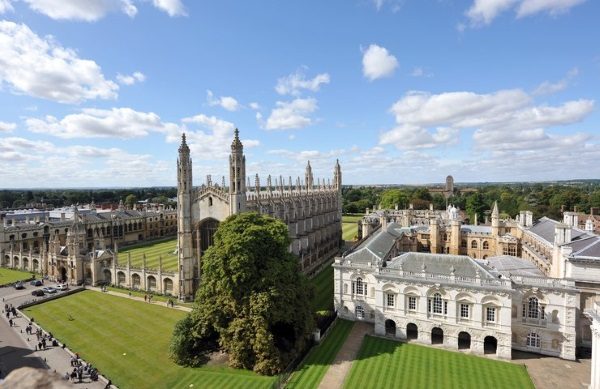 Representatives of multiple faiths bridged cultural and religious gaps on campus Friday when they gathered to break bread together at an interfaith observance of Ramadan, a holy month of Islam.

The iftar, or post-daylight meal that Muslims around the world share after abstaining from all food and water during the day, was organized by Cultural Connections of Berkeley, a student group. Coined the Ramadan Friendship Dinner, the gathering was also hosted by the International Students Association at Berkeley, the Jewish Community Relations Council, Temple Sinai in Oakland, Bay Area Cultural Connections and the San Francisco branch of the Pacifica Institute.

“The main goal is to bring people from different cultures and different religions to one table,” said Kairat Sabyrov, an organizer with Cultural Connections of Berkeley, during the event at the Anna Head Alumnae Hall.

Sabyrov, a postdoc in chemistry at Lawrence Berkeley National Laboratory, added that UC Berkeley’s reputation for diversity and inclusion made it an ideal place to host interfaith events.

Iftar meals have been held at Berkeley before, Sabyrov said, but they have been small and attended predominantly by area Muslims. This year, the student group wanted to start a new initiative to bring the greater community together.

“It’s open to anyone,” Sabyrov said, adding that his organization aims to make this an annual observance. “When you do it every year, new people will come. And once a year is not enough. We want to continue our relationships.”

Before the sun set, Scott Alexander, an assistant professor of Muslim studies at the Catholic Theological Union in Chicago, spoke about the importance of community. There were about 100 people in the audience, many of whom fasted all day.

Alexander stressed that fasting was not necessarily the hardest part of Ramadan. Many Muslims look forward to breaking their fast together, he said, but that anticipation can be thwarted when feast-goers feel unwelcome in their own community.

Robert Berger, a member of Temple Sinai Oakland who is spearheading a Jewish/Muslim relations task force, highlighted the hostile language directed at Muslim Americans on the presidential campaign trail.

“We have to foster understanding on a personal and spiritual level,” Berger said as students and local families ate dates, lentil soup and roast chicken at tables around the hall. “It starts at a personal level before it goes global.”

It’s important for communities to recognize what makes them similar, Berger continued, but it’s equally important to celebrate what sets us apart.

“We are different,” Berger said. “You’ve got to be able to acknowledge, respect and understand that.