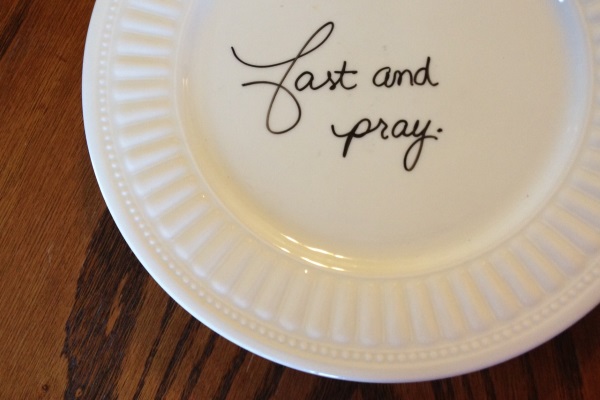 In 2012, a Horizon documentary aired on BBC 2 named, “Eat, Fast and Live Longer”. In the documentary Dr Michael Mosley set himself a truly ambitious goal: he wants to live longer, stay younger and lose weight in the bargain. And he wants to make as few changes to his life as possible along the way. He discovers the powerful new science behind the ancient idea of fasting, and he thinks he’s found a way of doing it that still allows him to enjoy his food. Michael tests out the science of fasting on himself – with life-changing results.

In his journey he explores 2 things: (1) the secrets to good health and (2) the secrets to longevity. His first discovery is that you should not eat very much with a particular need to watch your diet. From there he goes on to find a man who knows all about the growth hormone IGF-1 and about fasting. He tells him to fast for 3 days, he does so and the results are impressive, Michael reduced the risk of getting many age-related diseases.

He doesn’t stop there. He goes on to discover what is called, “intermittent fasting” – a fasting on alternate days. So one day he will fast and the next he will feast. What is very interesting is what he discovers about the effects of fasting on the aging of the brain. Although the tests were on mice, they suggest that human beings have a very good to excellent chance of reducing brain diseases by fasting intermittently.

The results of brain scanning on the mice revealed something far more interesting. They discovered that hunger actually created new brain cells and so by fasting you actually increase your cognitive abilities. So it is exercise for the brain – hunger actually makes you!

He then discovers what he calls the 5-2 diet. Eat for 5 days as normal and fast for 2 days. He gives this a go for a few months. The results show that he not only lost well over a stone in weight but significantly reduced his body fat. His IGF-1 reduced by 50%, his glucose dropped to a good level, and his bad cholesterol dropped with his good cholesterol increasing. Therefore he cut the risks he had of getting diseases but if he continues, he doesn’t have to take tablets at all.

In conclusion he discovers the following:

1. Good health and longevity in age lies in diet – food matters.
2. Fasting can be done best according to the 5-2 diet system.
3. Fasting makes you healthier.
4. Fasting makes you sharper.
5. Fasting is not everybody – certain people shouldn’t fast, for example a pregnant woman he mentions.

Let’s dig into this a little more….

WHAT WE ALREADY KNEW

What Dr Mosley has done is interesting. He has confirmed a constant tradition of Prophets and the pious of this world. Over 1400 years ago – we were told the realities of fasting. Ever since then, we have had numerous works on the virtues and wisdom of fasting. Horizon don’t seem to realise that they have confirmed the traditions and habits of the Beloved Prophet Muhammad صلى الله عليه وسلم and those who followed and continue to follow him.

The Prophet Muhammad, upon him be the peace and blessings of God, said in a authentic narration by Abu Nu’aym: “صوموا تصحوا” (Sumoo Tasihhoo), which literally means, “Fast and be healthy.”  There is a better and far more accurate translation to it however, which iss “Fast and Flourish.”

The first word is “Sumoo“, fast, is derived from the Arabic root of “Saama” and Syriac, “Sawma.” The word means “to abstain” – when Muslims fast they do not only abstain from food and drink, but also abstain from various desires of the lower soul. Interestingly, the word fasting in English is derived from the Old English (Anglo-Saxon) term fastejan meaning to hold firmly, in the same way we would talk about making fast or fasten, and the sense evolution of the word is via ‘firm control of oneself‘, holding to observance. This is the purpose of a fast.

The second word, “tasihhu,” flourish, comes from the Arabic root of “Sahha/Sihha”, which means to be healthy, be in order, to heal or to correct. The reason why the word flourish better suits this is that “flourish” means to be strong, healthy, develop well, to adorn, or to be most productive or at ones peak.

In the meanings of the words we find a purpose of the fast. We discover that fasting encompasses internal and external well being. It isn’t just about abstinence.

In the Holy Qur’an we are told the following:
O believers! Fasting is prescribed for you as it was prescribed for the people before you so that you may become pious….…The month of Ramadan (is the month) in which the Qur’an has been sent down as guidance for mankind containing clear signs which lead (to the straight road) and distinguishing (the truth from falsehood). Therefore, he who witnesses this month must fast it, and he who is ill or on a journey should complete the count by (fasting on equal number of) other days. Allah desires ease for you and does not desire hardship for you so that you complete the prescribed number of fasting days, and that you glorify Him for the guidance which He has blessed you with, and that you may become grateful.

(al-Baqarah, 2:183 & 185).These verses indicate the purpose of fasting – that you become pious and aware of God. In essence, to become a master of the self rather than a slave of the self, i.e your desires/ego. Fasting is a means of protection, a shield from illnesses of the spirit, heart and body. The verses also indicate that not everyone should fast, and fasting is fixed to a certain number of days.

Muslims observe obligatory fasting for 29 or 30 days during Ramadan, from dawn till sunset. They also fast voluntarily at least three days every month and on certain days in the year. These include – the day of ‘Arafat, the 9th and 10th days of Muharram, the six days of Shawwal, three fasts every month of the White Days (13th, 14th, and 15th of each lunar month), or fasting on Mondays and Thursdays.
Eating Well & Fasting: The Way of The Prophet ﷺ

The Prophet, upon him be the peace and blessings of God, was extremely radical in terms of simplicity when it came to his lifestyle, but he was also very balanced and moderate. He was a semi-vegetarian, you can find numerous traditions and works on how little he ate and what he used to eat. What is incredible is that he only consumed a lifetime total to the equivalent of 40 kilograms of barley flour.

The Holy Prophet, upon him be the peace and blessings of God, informed us on the authority of Miqdam ibn Ma’di Karib that “No human ever filled a vessel worse than the stomach. Sufficient for any son of Adam are some morsels to keep his back straight. But if it must be, then one third for his food, one third for his drink and one third for his breath.”

And the Qur’an calls to eat of that which is lawful and pure in the earth. (al-Baqarah: 2:168). So we must not neglect the importance of eating good food but also eating well. For a fast that neglects this may not be the best in terms of health.

How did the he fast?

The Beloved Prophet, upon him be the peace and blessings of God, used to fast consistently, more so than anyone, up to the point that he did so continuously for months on end. Although, he did not command others to do the same and we should not do so. A few traditions:

‘Abdullah bin ‘Amr bin Al-‘As narrates that I asked the Messenger of God about the fasting of David, whereupon he replied, “Half of the year,”(i.e. he used to fast on every alternate day).

Fasting on alternate days, intermittent, or 5-2 diet, or 3 days a month

‘Ali ibn Abi Talib, the cousin of the Prophet (about whom the Prophet said, “I am the City of knowledge and Ali is its gate,” ) said:

This article contains but snippets of information on fasting but what we see is clear. The traditions we have confirm what we saw in the BBC documentary yet we were told over 1400 years ago. Fasting is not about living longer, but it is about living better. Living better externally and internally.