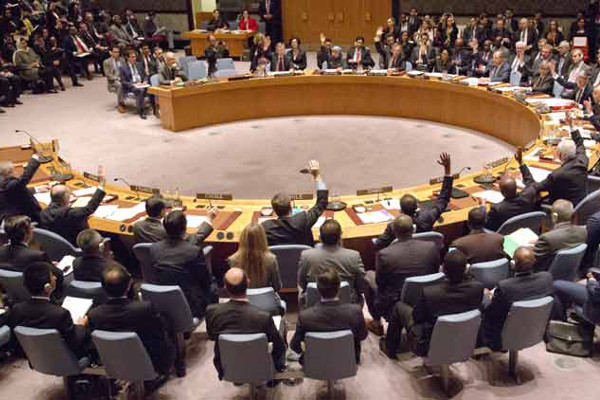 UNITED NATIONS – The U.N. Security Council has unanimously endorsed a road map for peace in Syria.

“This council is sending a clear message to all concerned that the time is now to stop the killing in Syria and lay the groundwork for a government that the long-suffering people of that battered land can support,” U.S. Secretary of State John Kerry told the council.

The resolution expresses its support for a Syrian-led political process facilitated by the United Nations. It formalizes a target of six months for establishing a transitional government, followed by elections within 18 months. It also calls for the implementation of a nationwide cease-fire in parallel with intra-Syrian peace talks.

Absent from the text is any mention of the future of Syrian President Bashar al-Assad — a key point of contention among Russia and the Western powers that remains unresolved.

“President Assad has lost the ability, the credibility, to be able to unite the country and provide the moral credibility to be able to govern it into the future,” Kerry said. “If the war is to end, it is imperative that the Syrian people agree on an alternative in terms of their governance.”

Several other council members, including the British and French foreign ministers, echoed this position.

Russia has backed Assad throughout the conflict, and Foreign Minister Sergei Lavrov, in his remarks, referred to external attempts to impose a solution on the Syrian people, including on the issue of their president.

The council’s adoption of the resolution on Syria is significant because it marked the first time in the nearly five-year-long conflict that the 15-nation body had overcome its deep divisions and spoken in one voice on the Mideast nation’s political situation.

Previously, the council had united to demand the declaration and destruction of the Assad regime’s chemical weapons stockpiles. It also had approved a resolution to boost humanitarian aid access.

More than 250,000 people have died since the Assad government’s crackdown on political protests turned into a full-blown civil war. Now, more than half the population is internally displaced or refugees, with hundreds of thousands making the dangerous, often deadly journey across the Mediterranean into Europe this year.