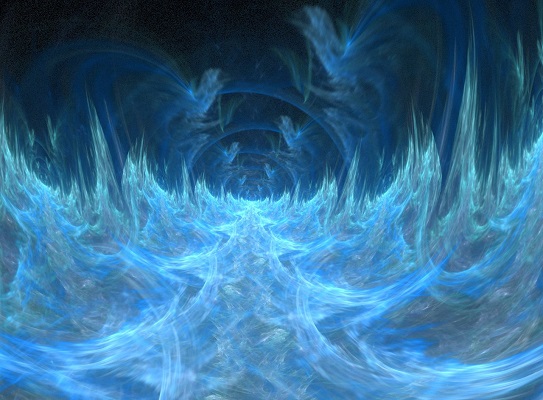 It may come as a surprise to many that Jahannam also has a cold area. The following are more than enough to convince us of this phenomenon:

“Jahannam complained to its Rabb saying: ‘Oh my Lord, Parts within me have devoured each other.’ So Allah allowed it two breaths: one in summer and the other in winter. Therefore the extreme heat that you experience (on earth) is caused by the heat of Jahannam and the severe cold too is due to the al-zamharīr. (the extremely cold section of Jahannam).” (Sahīh Bukhārī Hadith 537, Sahīh Muslim)

The following Sahabah, Tābi’ūn, and ‘Ulama have affirmed this cold spot of Jahannam:

All of the above, besides the first Sahābi, are Tābi’ūn.

A Brief Explanation of the Hadith

The reason for this directive is so that there could be more people attending the Zuhr salah if it is offered in the cooler period, [as compared] to if it was offered in the extreme heat.

Many Fuqāha (jurists) have understood an overriding principle from the above Hadith (and its likes) that the time for the congregational salāh will be adjusted within its permissible timings to suite a larger congregation.

“…because the severity of heat is from the raging of the Hellfire.”

This part is explained further by Rasulullah صلى الله عليه وسلم in the next few sentences:

“The fire of Hell complained to its Lord saying: O Lord! My parts are eating (destroying) one another.”

The “complaint” of Jahannam: was it a verbal one or an understood one?

Several Muhaddithūn (Hadith scholars) have written that since nothing is out of the Power of Allah عز و جل, this can be understood as a verbal complaint for which Almighty Allah would have given Jahannam the ability.

“So Allah allowed it two breaths, one in the winter and the other in the summer.”

These [are] two breaths that Allah تعالى allows Jahannam to exhale. One [is in the] summer, and through this exhaling the heat of the world is obviously dramatically affected, and as a result the heat within Jahannam is lowered.

The breath in the winter is understood in two ways. One group of classical Hadith commentators have accepted this on its apparent meaning. That is: when Jahannam exhales in winter, it exhales from a cold region within Jahannam. Therefore this cold that emerges therefrom affects the climate in the world proportionately.

The writer concurs with this explanation.

Another group of Hadith commentators state that this breath in winter is actually an inhaling rather than exhaling. They state that Jahannam actually inhales air from our atmosphere during our winter, thereby draining it from its heat and leaving us in the cold.

This also explains the last part of the Hadith in question:

The cold weather of winter should remind one of the “burning cold” of Jahannam. Sayyiduna Ibn ‘Abbas رضي الله عنهما says:

“The inmates of Jahannam will ask to be rescued from the excruciating heat of Jahannam. An icy cold wind will be blown upon them, which will cause their bones to ache after which they will beg for heat again.” (Latā’if al-Ma`ārif)

Rasulullah صلى الله عليه وسلم is reported to have said, “When a person recites the following supplication Allah Ta’ala says to Jahannam, ‘Indeed, a servant of mine has sought refuge in Me from you, bear testimony that I have granted him salvation from you.’”

Translation: “There is no diety besides Allah. How severe is the cold of today. Oh Allah, save us from the extreme cold of Jahannam.”

The Sahabah رضي الله عنهم then asked, “What is zamharīr?”

Rasulullah صلى الله عليه وسلم replied, “A cold area in Jahannam in which a non believer will be placed, and [due to the extreme freeze] his body parts will break off.”

This Du’ā is recorded by the following Imāms of Hadith:

Note: This article is a combination and rearrangement of two separate articles regarding the cold area of Hell and the Du’a for a cold day. The article was edited for spelling, grammar, and style.

Tags: cold in Hell cold parts of Hell Holy Prophet (Allah bless him and give him peace) Jahannam language of Islam Message of Islam People defective in intelligence Recognition of Lord and worship Him residents of mountain tops