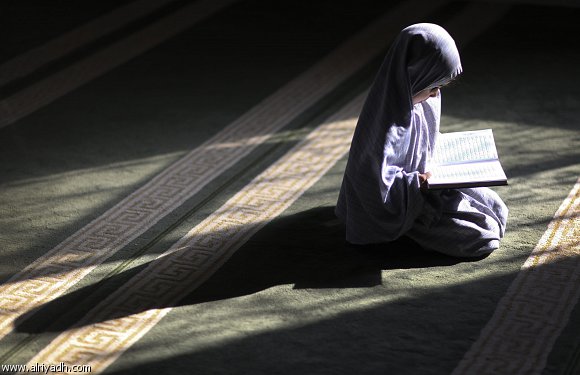 Children are no doubt a great gift from Almighty Allah to all parents. Parents must think of their children as such treasures that all the wealth and material resources are worthless as when compared to one’s children. We, as parents, should thank and be grateful to Almighty Allah for blessing us with children whether they are boys or girls.

Today, it is quite disheartening to see that some parents rejoice when the newborn child is a male and show their dissatisfaction when the child is a female. But, this should not be the attitude. Islam does not condone this type of behavior, as such was the manner of the parents in the time of ignorance.

In pre-Islamic times, the Arabs used to be disheartened and annoyed with the birth of girls, so that a father, when informed his wife had given birth to a girl, said, “By Allah she is not as blissful as a son; her defense is crying and her care is but stealing!”

He meant she could not defend her father and her family except by screaming and crying, not by fighting and carrying arms. She also cannot be good to them and care for them except by taking from her husband’s money to give to her family. Their traditions allowed the father to bury his daughter alive for actual poverty, or for expected poverty, or out of fear of a disgrace she might bring upon them when she grew up. In that context, the Qur’an says, denouncing and derogating them:

“And when the girl-child who was buried alive is asked. Upon what sin was she killed for.” [Surah al-Takweer, Verses 8-9]

The Qur’an also describes the condition of fathers when daughters were born:

“And when one among of them receives the glad tidings of a daughter, his face turns black for the day, and he remains seething. Hiding from the people because of the evil of the tidings; “Will he keep her with disgrace, or bury her beneath the earth?”; pay heed! Very evil is the judgment they impose!” [Surah al-Nahl, Verse 58-59]

The Qur’an led an uncompromising campaign against those cruel people who kill children-whether male or female. Allah says in the Qur’an:

“Indeed ruined are those who slay their children out of senseless ignorance and forbid the sustenance which Allah has bestowed upon them, in order to fabricate lies against Allah; they have undoubtedly gone astray and not attained the path.” [Surah al-Anaam, Verse 140]

“And do not kill your children, fearing poverty; We shall provide sustenance to them as well as to you; indeed killing them is a great mistake.” [Surah Bani Israel, Verse 31]

Some ancient laws gave the father the right to sell his daughter if he wished; while others allowed him to hand her to another man who would either kill her or own her if the father killed the other man’s daughter.

When Islam was revealed, it decreed a daughter – like a son – was a gift from Allah, to be granted to whomever Allah wishes of His worshipers:

“Whoever brings up two girls till they reach the age of puberty, he and I will come on the Day of Resurrection like this,” (and he joined his blessed fingers.)

“If parents are kind and generous towards their daughters, then they will be so close to Him (The Holy Prophet Peace and Blessings of Allah be Upon Him) in Jannah, like one finger is to the next.”

“The person who is faced with hardship due to his daughters, and makes Sabr (is patient), then his daughters will be a Pardah (curtain) between him and the Hell-fire.”

Hadrat Ibn ‘Abbas reported that the Messenger of Allah SallAllahu Alaihi wa Sallam said,
“…and whoever brings up three daughters or a like number of sisters, training them well and showing kindness to them till Allah enriches them (i.e. till they reach the age of puberty), Allah will guarantee Paradise for him.” A man asked: “O Messenger of Allah! Does this apply to two also?” He said: “even to two.” If they had asked whether to one also, the Messenger of Allah would have said that, “even to one…”

“Whoever had a female who was not buried nor insulted by him, and had not preferred his male children to her, Allah admits him to Paradise.”

Daughters are without doubt a great blessing from Almighty Allah. They are a means of salvation and a path to Jannah (Heaven) for their parents. The crux of one narration states that

“One who loves his daughters and withstands the hardship of grooming and getting them married, Almighty Allah makes Jannah compulsory (Waajib) on him and keeps him protected from the Fire of Hell.”

And in another Hadith, the beloved Prophet SallAllaho Alaihi wa Sallam said:

“They will be a shield for him from the Fire.”

“Whenever you buy anything from the market place first present it to your female children then to your male children.”

“When a girl is born to a family, then between the parents and Hell, there shall be a distance of five hundred years.”

It has been stated that:

When parents rejoice at the birth of a daughter, this is greater than making Tawaaf of the Kaaba seventy times.

When Imam Ahmad Ibn Hanbal (Radi Allahu Ta’ala Anhu) would hear that one of his relatives or friends had a baby girl, he would say to them,

“Congratulations for the Prophets were mostly fathers of daughters.”

Muslims should also remember that the family of the Holy Prophet Muhammad (Peace and Blessings of Allah be Upon Him) is from his beloved daughter Sayyidah Fatima Zahra (Radi Allahu Ta’ala Anha).

With these open and authentic texts, with the enhanced and repeated good news, the birth of girls is not at all a fearful burden nor is it a bad omen. On the contrary, it is a blessing to be thanked for and a mercy to be desired and requested because it is a blessing of the Almighty and a reward to be gained.

Dear brothers and sisters! Rejoice on the birth of your daughters, love and guide them and give them that which is due to them from your belongings. Do not deprive them of their inheritance as they also have say in this. Remember! Daughters are a blessing and not a burden.