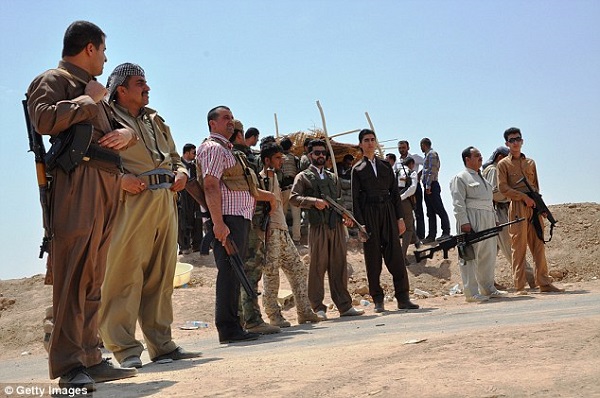 KIRKUK, IRAQ –Iraqi Kurdish fighters known as Peshmerga have successfully pushed Islamic State militants from parts of the northern Iraqi province of Kirkuk, but the militants caused further destruction by leaving roadside bombs as they fled.A Peshmerga lieutenant, Sirwan Muhammad, said land mines had killed and wounded members of his force in the liberated village of  Al-Bu Muhammad.

“If you look around, you will see that ISIS militants have left many explosives around us,” he said. “Houses have also been destroyed.”

Despite the militants’ booby traps, which affect civilians and security forces alike, Peshmerga fighters said they were happy to be retaking their territory from the terrorist group.

“ISIS militants had taken over these villages,” said a fighter named Muhammad Chuchani, “but thanks to Peshmerga forces and lieutenants, we have been able to take back Al-Bu Muhammad village and other villages such as Dubuz and all the way to Sabaa Nisan village.”

In the last six months, the Peshmerga fighters have cleared more than 530 square kilometers south of Kirkuk in a series of offensives.