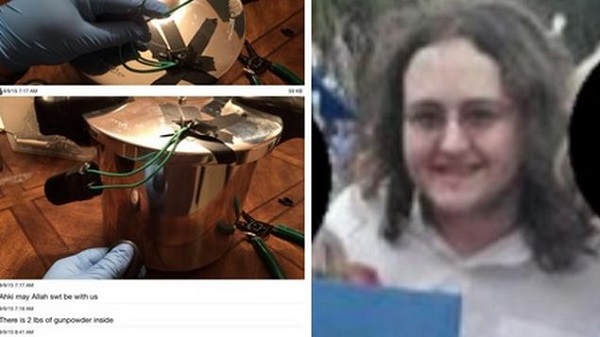 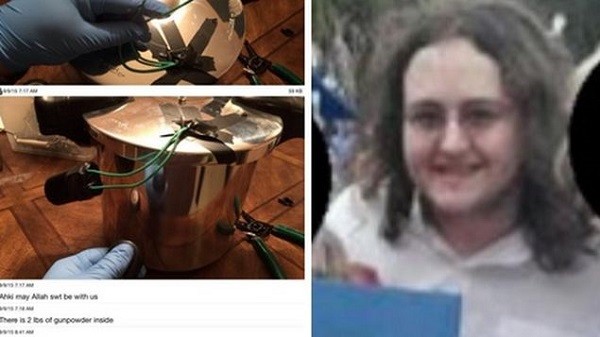 By:  Elise Potaka and Luke McMahon

A young Jewish American man has been charged with pretending to be an Australian-based Islamic State jihadist after a FBI joint investigation with the Australian Federal Police based on information provided by Fairfax Media.

Joshua Ryne Goldberg, a 20-year old living at his parents’ house in US state of Florida, is accused of posing online as “Australi Witness,” an IS supporter who publicly called for a series of attacks against individuals and events in western countries.

In recent days Australi Witness has claimed online that he is working with other jihadists to plan attacks in Australia and the United States. He distributed pictures of a bomb that he was working on with “2 lbs of explosives inside”.

Early on Friday, Australian time, Goldberg, who is non-Muslim and has no real-world links with extremism, was arrested at his home by Florida police for “distribution of information relating to explosives, destructive devices, and weapons of mass destruction”.

Australian national security and citizenship laws were strengthened last year to create a new offence of advocating terrorism, partly to stop online recruitment of jihadists, and Prime Minister Tony Abbott earlier this year allocated significant funding to security agencies because “too many Australians are being brainwashed online by this death cult”.

However, one of those apparent representatives of Islamic State has now been revealed as an America-based, non-Muslim online hoaxer.

The Australian Federal Police do not intend to apply for Goldberg’s extradition, but said in a statement that he faced a 20-year prison term if convicted.

“Investigations by the AFP in June 2015 established no initial threat to the Australian community. When investigations determined it was likely the person responsible for these threats was based in the United States, the investigation became the jurisdiction of the FBI, with the AFP in a support role.”

“This operation again highlights how law enforcement can investigate people in the online space and use our long-established partnerships to work with overseas agencies to bring people to account for their actions”.

An affidavit sworn at the time of the arrest says that, between August 19 and August 28, Mr Goldberg “distributed information pertaining to the manufacturing of explosives, destructive devices, or weapons of mass destruction in furtherance of an activity that constitutes a Federal crime of violence”.

US Attorney Lee Bentley III, said Goldberg instructed a confidential source how to make a bomb similar to two used in the Boston Marathon bombings two years ago that killed three people and injured more than 260 others.

He allegedly instructed someone how to fill the bomb with nails, metal and other items dipped in rat poison.

Police base the charge on his communication of five web links to sites that provided instructions that could be used to make explosives as part of a plot to explode a bomb on September 13 at a memorial ceremony in Kansas City, commemorating the 9/11 the terrorist attacks.

The affidavit, released by Special agent William Berry of US Customs and Border Protection, says that Goldberg had initially denied to officers that he had any involvement with distributing information on how to make a bomb, but then later admitted it.

“Goldberg further admitted that he believed the information would create a genuine bomb,” Agent Berry alleged.

However, Goldberg also claimed that he meant for the person he was communicating with to either kill himself creating the bomb or, that Goldberg intended to warn police in time so that he would receive “credit for stopping the attack”.

In conversations with Fairfax Media, which were also cited in the affidavit, Mr Goldberg had said he did not expect any jihadist to actually carry out an attack because: “These guys are pussy keyboard warriors”.

Fairfax media can also reveal that Goldberg, as Australi Witness, is suspected of a number of other online hoaxes, including posing online as prominent Australian lawyer, Josh Bornstein.

Australi Witness’s online actions might have had fatal real-world consequences in May.

In the leadup to an exhibition in Garland, Texas, at which pictures of the Prophet Mohammed were to be displayed, “Australi Witness” tweeted the event’s address and reposted a tweet urging people to go there with “weapons, bombs or with knifes”.

Two Muslim men attempted an attack at the exhibition, and were killed by police. Australi Witness then praised them online as martyrs.

The Australi Witness persona fooled members of the international intelligence community as well as journalists, with well-known analyst Rita Katz of SITE Intelligence Group saying the “IS supporter” held a “prestige” position in online jihadi circles and was “part of the hard core of a group of individuals who constantly look for targets for other people to attack”.

Ms Katz has previously acted as a consultant for US and foreign governments and testified before Congress on online terrorist activities. 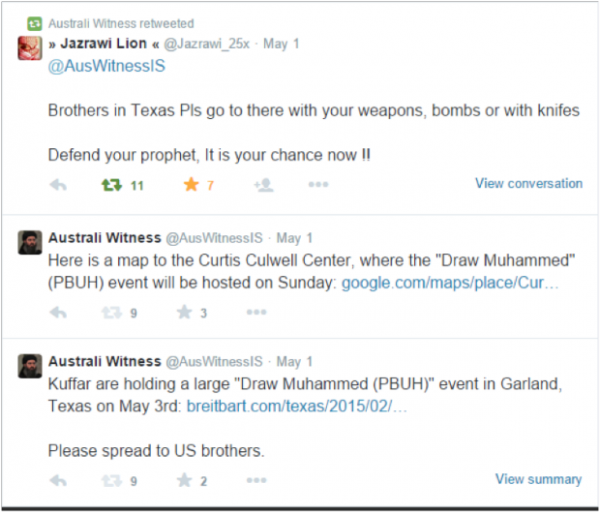 The Australian Federal Police were unaware of Australi Witness’s real identity as Goldberg until contacted by journalists working on behalf of Fairfax Media. 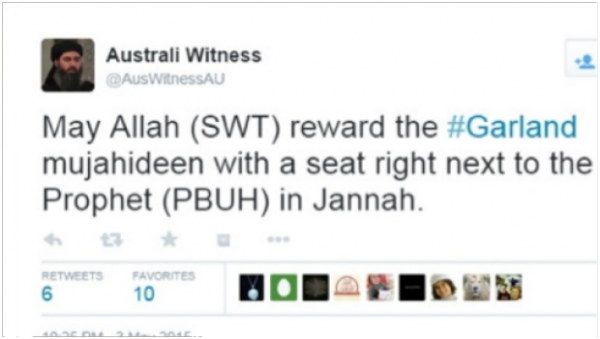 In the Bornstein hoax, Goldberg established a blog on the Times of Israel in the lawyer’s name before posting an inflammatory article calling for the “extermination” of Palestinians. The Times retracted the article and apologised, and Bornstein went public with the story saying “I deplore racism…I’ve fought racism since I was four years old”.

When confronted, Goldberg boasted he had avoided detection, saying, “That guy has no idea. He thinks [online radical right wing website] Daily Stormer did it.” He also said he wanted to obtain Bornstein’s real life address, in order to “freak him out even more”.

In conversations and in articles written under his real name, Goldberg repeatedly professed to be an advocate for free speech, and showed disdain for organisations and individuals who call for limits on hate speech or hate speech laws.

As Australi Witness, he publicly linked himself to Amnesty International, saying that he used to work there. The fake jihadi also claimed a friendship with anti-Islamophobia campaigner Mariam Veiszadeh, but only to smear her reputation.

In online conversations, Goldberg said: “I wanna smear Amnesty and Mariam Veiszadeh…Amnesty is already in hot water over their links to CAGE, I wanna cement their jihadist connections and ruin their reputation. And Mariam is a Muslim whore, so smearing her as a jihadist should be easy.”

Ms Veiszadeh said she was not suprised at Goldberg’s arrest, saying she had “fallen within his radar” because of the campaign by an anti-Muslim hate group, the Australian Defence League, who campaigned to “incite hatred and violence towards me from across the globe.”

Elise Potaka is a journalist for SBS.