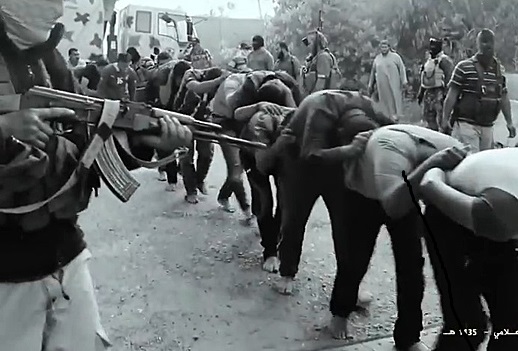 “And it is not the word of an accursed Satan.

where then are you going?

It is naught but a Reminder unto all beings,

for whosoever of you who would go straight;

What makes a Caliphate so Special?

In Islam we do not have a papacy or theocracies. There is no “holy governance” or “holy political system” that has been laid out by the Messenger (Allah bless him and grant him peace). Talk of “the Islamic political system” is, in my view, a reaction to the complex political systems and ideologies that developed outside the Muslim world. While Muslims are certainly free to develop such ideologies and systems, it will not do to claim that Allah, Most High, has already done so for us. That is both intellectually dishonest and lazy.

Allah, Most High, did not reveal political or other mundane systems. He has “revealed” or “sent down” “guidance for the God-fearing” (Quran 2:2). The Quran and Sunna contain principles, rituals and some rules that provide broad guidance in all matters of life not excluding politics or waste disposal. But the purpose is taqwa (God-fearing-ness) not worldly power or dominance. Jurists, not ideologues or politicians, seek out, preserve, and perpetuate that broad guidance in every age.

With the output of such jurists any leader who rules with taqwa can be a good leader for Muslims. He may use elements of capitalism, socialism, any other “ism”, or come up with something new – it matters not as long as that broad guidance is accounted for.

So when Allah speaks of those who “do not rule by what Allah has revealed” (Quran 5: verses 44, 45, and 49) he refers to the guidance and provisions contained in His scriptures (see Tabari and Ibn Kathir) not to fantastic notions involving a “perfect political system”. Sunni Muslim politics have always been about making the best of what we have. Unlike extreme leftists and Khawarij we don’t believe that Paradise is meant to occur on earth through men exercising power over other men. Revelation, Enlightenment or not, will always oppose that proposition.

Rather, revelation guides and restricts the political ideologies of men and their lust for, among other things, power.

Where is the Proof?

So if you think Islam is a political ideology or that it has a distinct ideology you need to bring proof. Where is this ideology found? If your answer is the Quran then you obviously do not know what a political ideology is and should probably be thinking about other matters. The fact is we have no classical books of political ideology in a modern sense. Indeed that is not even possible – classical texts directly addressing a modern phenomenon. We do have a few specialized works of Jurisprudence, such as Al-Tarsusi’s “Tuhfa al-Turk”, written to guide rulers. Yet those texts are not ideological in nature and do not define political systems. They are legal in nature and define certain aspects of state conduct in terms of legal procedure.

If such distinctions mean nothing to you then isn’t it probably too soon for you to be drawing conclusions about such things when the result could mean the difference between life and death for you and others?

We have had only four rightly guided caliphs in succession in our history. After that initial period caliphs have not enjoyed good reputations – the rule for them was corruption, the exception was uprightness – as predicted by the Messenger (Allah bless him and grant him peace). For that reason the ulama have historically distanced themselves from “the gates of the rulers”.

What makes you think your man is different, the fact that he venerates the Book of Allah and chops off limbs? Al-Hajjaj did that as well.

So Where are you Going?

This is not to say that the Sharia does not address politics and the caliphate. Indeed it does. What I am asking you to question is the degree of importance and priority that should be accorded to such matters. And what I am pointing out is that acting for political causes, Islamic or otherwise, should not be undertaken lightly and in ignorance. That is especially true if such acting involves the use of force or the possibility of violence.

And so I would like to point out that traveling to “establish a caliphate”, as holy or noble as it may sound, is nothing more than traveling for a political purpose – you are helping someone who is seeking power attain it. If you are going to kill Muslims or anyone else to bring that about then what you are doing is traveling to kill in order to help someone attain or maintain political power. That is the reality. A caliph is a ruler not some kind of messiah. So ask yourself what would a ruler have to demonstrate in order to be worth your killing people for him? Is claiming the title of caliph enough?

Let me end with this which is not from any of our books but just a point of reflection from myself. Note the verses I quoted at the beginning where Allah speaks about the nature of His revelation. He says that it is not the “word of an accursed Satan” rather it is only “a Reminder unto all beings, for whosoever of you who would go straight”.

Musailama the Liar was an accursed devil with a false revelation. And what was his primary concern when he met the Messenger of God (Allah bless him and grant him peace) at Medina? Check the hadith in Bukhari and then check Imam Ibn Hajr’s commentary on the matter and you will find the answer.

It was the caliphate.

So be warned because whether it was Musailama and his band, the Khawarij, the Shi’a, or now “the Dawla”, when the caliphate becomes your primary concern you are most likely not among those “who would go straight”.

That is, in part, why Sunni ulama don’t emphasize the caliphate more and that is why we would do well to pay more attention to the things they do emphasize such as taqwa.

We ask Allah, Most High, for guidance and protection and success is only through Him, the High, the Mighty.