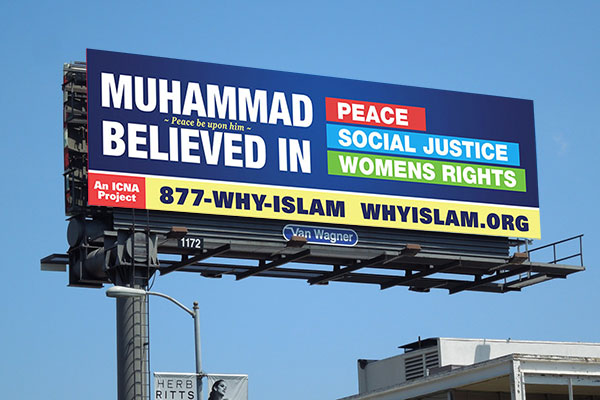 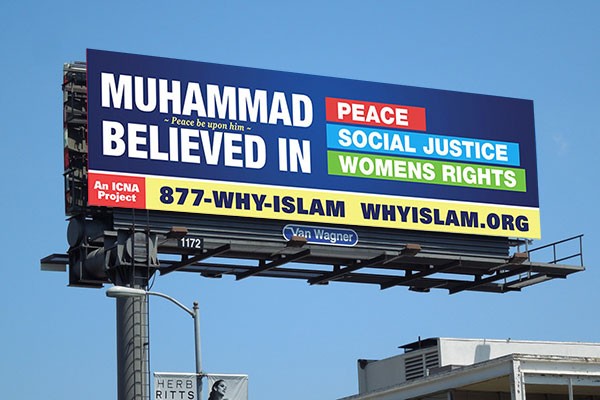 A roadside campaign to raise awareness about Islam has arrived to Bay Area billboards.

It is part of a nationwide push to dispel myths about Muslim Americans called #WhoisMuhammad launched by The Islamic Circle of North America, an American Muslim organization based in New York.

Eight billboards have gone up in the Bay Area, with messages like, “Muhammad believed in peace, social justice, women’s rights” and “Muhammad always taught love, not hate; peace, not violence.” Drivers and passers-by are invited to visit a website and find out more about the Islamic faith. The billboards are mainly in English, but some are in Spanish.

According to Reuters, the #WhoisMuhammad movement was launched to quell anti-Muslim sentiments that arose after Islamist militants killed staffers at the French satirical magazine Charlie Hebdo, in Paris, last January for publishing cartoons featuring the prophet. The deadly assassinations drew worldwide attention.

Despite the negative backlash over the Paris attacks, the billboards have not been defaced, said Imam Khalid Griggs, vice president of ICNA and leader of a mosque in North Carolina. ICNA president Naeem Baig said there has been a “surge in calls to our hotline and website visits since the billboards went up.”