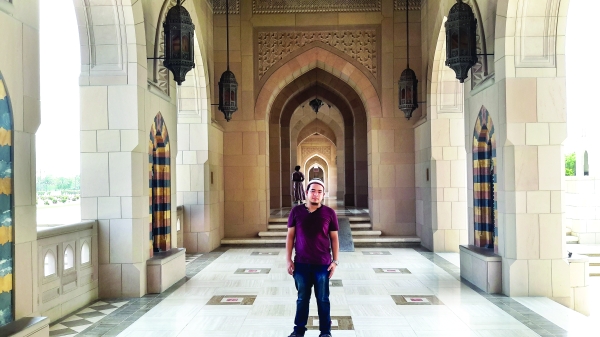 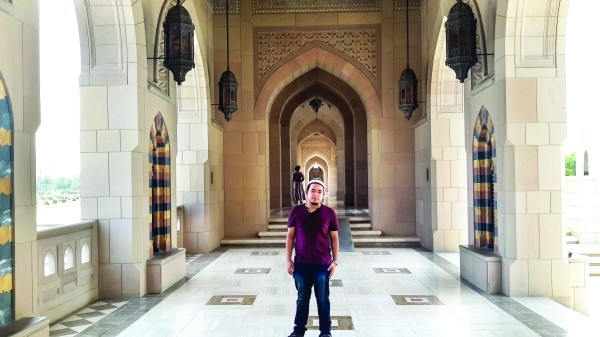 Mohammad Yousuf Nabong became estranged from his family, had to break up with his long-term girlfriend and saw friendships end when he converted to Islam but there is one thing that has kept the flame of hope alive in his heart.

“If you leave something for the sake of Allah, He will give you more than you expect, in return,” says Mohammad Yousuf, recalling the time when he was a Christian and known as Patrick John Nabong.

He was living in his home country, the Philippines, before moving to Oman two years and five months ago.

Born to devout Christian parents — both preachers — he wanted to become a priest, but observing Muslims that were around him and the many questions that he had in mind about Christianity kindled his interest in studying Islam.

His interest began to grow when he moved to Oman and interacted with more Muslims here.

“The Muslims I saw here were very different than what you see on TV,” Mohammad Yousuf said, adding that the kindness and generosity of true Muslims in Oman helped dispel his false notion of Muslims.

After studying more about Islam, he found ‘clear’ answers to his questions and finally embraced Islam last year. However, he had to make many sacrifices along the way to follow his heart.

When he decided to become a Muslim, his girlfriend told him that she would break up with him.

“I was afraid of breaking up the relationship because it had been going on for a long time. But at the same time, I was thinking that this is my faith,” Mohammad Yousuf said.

He told her that there is no problem in being a Christian but asked her to study it properly. They eventually broke up when he converted to Islam.

He continued to cherish his belief that if you leave something for the sake of Allah, He will compensate you in a better way.

“After I became Muslim, I met my lady,” Mohammad Yousuf said, adding that she is a Muslim from the Philippines who lives in Oman.

They plan to get married soon.

The main problem for him is now his family who do not want to accept him and do not want him to go back.

“Even my sister stopped sending me messages after I embraced Islam,” he said.

However, Mohammad Yousuf has not lost hope and keeps praying for the situation to change as he believes that prayer can move a mountain. Embracing Islam has given him peace of heart and mind and has also helped him give up some bad habits, such as drinking and smoking.

Drinking and smoking means hurting yourself and is not the way of life of a true Muslim, said Mohammad Yousuf.

Some of his friends stopped talking to him after he refused their offers to smoke or drink.

“Despite all this, I am satisfied myself. Everybody will go except Allah,” he said.

Mohammad Yousuf says he respects all religions and his message to those who are interested in knowing more about Islam is that they should not rely on what they see on TV.

Are jails only filled with Muslims?, he asks.

He believes that people should learn about Islam from the Holy Quran and primary sources and feels lucky that the Islamic Information Center of Sultan Qaboos Grand Mosque is supporting him and answering his questions.

Those who may want to convert to Islam, should study their own religion thoroughly first and then make a decision, he said, adding that he respects all religions.

“If you want to embrace Islam, do not be afraid. In the Judgement Day, you will be standing all alone before Allah. No parents, no friends will be there,” said Mohammad Yousuf.