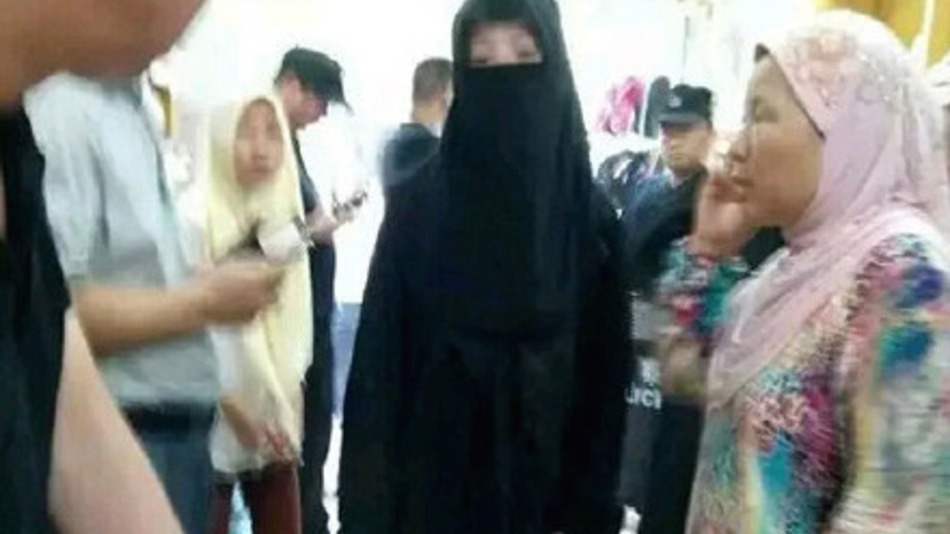 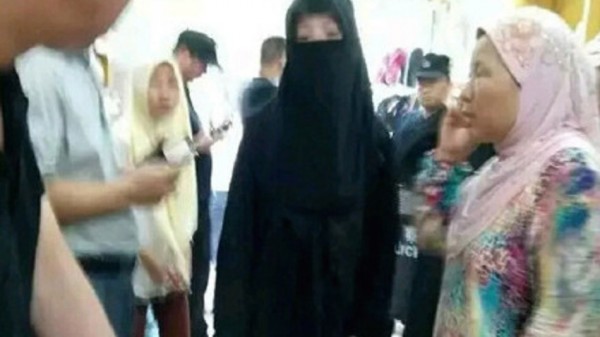 A group of women dressed in black burqas was taken away by armed police in the Henan province in China earlier this week.

A Weibo user posted pictures of the commotion on the streets.

According to Chinese news reports, the women were shoe shopping on a side street when the authorities showed up and spoke to them in a “minority language,” likely the Uyghur tongue spoken by the Muslim ethnic minority in China and not the national language, Mandarin.

Muslims made up a 1.3% minority in Henan in 2012, according to a census report. Protestant Christians were the next bigger minority group at 5.6%.

The arrests follow the January decision to ban burqas in Urumqi, the capital of Xinjiang, where the largest community of Muslims in China lives. In 2010, it was estimated that about 13.4 million of the 22 million that live in Urumqi were Muslim.

While Urumqi enacted the law against burqas, Henan has not, so it’s unclear if the women will be charged.

Have something to add to this story? Share it in the comments.