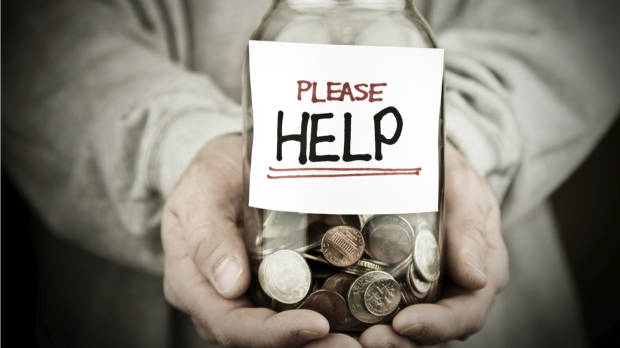 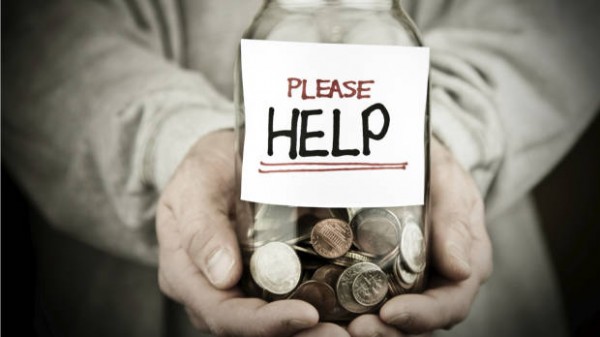 The other day, I was driving home from my teaching job, still caught up in thoughts of whether it was my method of instruction, or my students’ approach to learning that badly needed improvement. My driver stopped at a traffic light, and a man came up to the open window of the car, mumbling something about the day being Thursday, and the name of God. I looked up at his face, and said, almost automatically and in mechanical hypocrisy: “Ma’af karo.” 1

’Ma’af karo’, while in my heart a slight doubt flickered: up, whether I had been justified in turning him down? The change of the traffic signal resolved my dilemma as, since my driver did not wait for the undercurrents of compassion in my heart to surface. I continued, however, to reflect on the incident. Not because it was anything special; it happens many times every day to anyone plying the roads of this city, for me, however, this particular encounter became somewhat special. In this instance, because, as it turned out, the man had, instead of taking anything from me, actually given me something: he had stirred up my thoughts about the issue of charity. As my driver skilfully manoeuvred the vehicle through the chaos of traffic, I reached for my bag and, took out a pen and piece of paper. By the time I got home, there was a poem on it.

Strange that a topic like this should inspire poetry. But I suppose it is not only encounters with overwhelming beauty or moments of intense desire that make man’s heart sing and wail. Extreme misery can also cause it to overflow in lamentation, or sheer stupidity may provoke it to cry out in anger.

As such there is nothing wrong with the existence of poverty, if we view it within the creational setup into which man has been placed by his Maker. On the contrary, in its outward manifestation, poverty is the very foundation on which the institution of charity is built. Which in turn is not only one of the so-called five pillars of Islam, but in its wider sense, is one of the cornerstones of human co-existence at large.

The Noble Prophet – Allah’s Blessings and peace abide with him – said that he was sent on account of the poor. He also said that the poor would be resurrected 500 years before other people, and he prayed to Allah to be raised along with the poor.

The desire for outward poverty is, of course, hardly something people commonly harbour in their hearts. Nor does Islam demand its followers, in any way, to adopt such an attitude. On the contrary, Muslims are supposed to accept, with gratitude, the favours that God has bestowed on them. What the above quoted words and conduct of the Noble Prophet –‘alayhi salam –establish, however, is a clear vindication of the social status of those who are actually poor and eligible for charity.

In spite of this, however, there are quite a number of people – even Muslims – who generally consider it dishonourable, or altogether unacceptable, to receive any form of charity. Strangely enough, they would rather make ends meet through unlawful income instead of accepting help. They regard with contempt anyone who accepts charity, as if it is a despicable transaction in which the recipient sells his honour and dignity for a paltry price.

This is an attitude that springs from both arrogance and ignorance. These in combination are about the worst that man can assume in terms of character traits, inevitably leading to ruin, i.e. spiritual ruin. People who subscribe to this outlook neither give nor take charity. For them charity as a whole has become an embarrassment and a social taboo. This, despite the fact that Allah has bestowed immense blessings upon this institution, in terms of giving as well as receiving it. In the Qur’an, charity (sadaqah) is contrasted with interest (riba – a receivable increase), stating that the former causes increase, whereas the latter causes ruin. Of course the primary meaning here is that giving charity causes increase to the giver, but the recipient is by no means excluded from its blessing.

On the other hand, there are also a lot of people who have turned away from spending in charity, not because they consider it a disgrace, but because they have been put off by the behaviour of people who claim to be eligible for it. In their case the element of arrogance is perhaps diminished to some extent, but ignorance persists. In other words, they have a gross misconception of what charity is all about.

My master – may Allah sanctify his secret – once explained zakat, the obligatory form of charity, with the use of a very beautiful and lucid metaphor. He said zakat was like pruning a fruit tree. You cut away the excess foliage and thereby redirect the life energy of the tree towards the production of fruit, and the tree gives a better yield. This is how charity works: the gardener is not concerned with what will happen to the cut off leaves; he is interested in enhancing the fruit harvest.

Allah – who is the only real Giver – has blessed the act of spending. The outcomes and corollaries of this act, unfolding through the chain of cause and effect, are neither the responsibility, nor the concern of the spender. In reality, this is the case with all our actions. We have unrestricted freedom to form any intention. The ensuing action to realize this intention is already conditional, i.e. we are only able to act if the circumstances allow it. What occurs beyond the action – its outcome – is totally out of our hands.

Of course, God has given us discernment and choice in how, where and what to spend. It is risky, however, to make judgements regarding the recipients or their worthiness, if we do not know them personally. And to say that all poor people are crooks, just because we have had a bad experience with one or a few dishonest beggars, is not a valid argument.

There is one more point, which ought to be mentioned in the context of impediments to charity. The progeny of the Noble Prophet – Allah bless him and them – had been excluded from receiving charity in the past, but were privileged instead to receive a substantial portion of the booty from theghazawat (military operations for the protection of Muslims or of Islam). The reason for this arrangement – Allah knows best – to my understanding is not because of any impurity attached to charity, and glory or honor connected with booty, but simply because without this exclusion, most of the charity would have been given to ahl al bayt (members of the Prophet’s family) due to the great veneration they enjoyed. The purpose of charity to uplift the less privileged members of society would, therefore, not have been served. Booty was reserved for the ahl al bayt, however, in order to safeguard that those fighting were doing so in the cause of Allah and not for the sake of booty.

Since the heyday of Islam, however, times have changed a lot and we have seen a steady increase in economic hardship affecting the large majority of people. On the other hand, global conditions and circumstances of Islamic governance are such that there are no more ghazawat. In consideration of this situation some of the learned ‘ulama have given a very sensible legal ruling, lifting the restriction on the share of charity for the ahl al bayt.

The worst plight is suffered by those people, who by their deceit and impudence, or even outright criminal conduct, make people turn away from practising charity. It does not matter if they are aware of what they are doing, or they do it just because they were brought up into it, and never attempted to get out of it. The atrocities, which are committed in this regard, are too disgusting to even mention. The only remedy that I can think of for this menace is that first of all, society should refuse to accept professional begging as a status quo and accordingly formulate and enforce laws against it. Simultaneously, however, corrective institutions need to be established where at least the children and youths who were born into this ghastly environment without any fault on their own, can be educated in a more productive approach to life.

Such an institution would be a very worthy cause, and a very eligible recipient of charity, because it would in turn propagate true charity manifold. Someone once said: ‘If a hungry man comes to you asking for a piece of the fish you have, don’t give him the fish, but teach him how to catch fish!’ – I would say: feed him and then teach him, even though the hard way might be more effective.

I remember an instance from many years ago, long before I became a Muslim. I was travelling in France with a girlfriend, and at one point we were completely broke. At that point my friend asked a complete stranger on the street to help us out, pledging that we would return the money once we got back home. The man took a currency note from his wallet and gave it to us, saying: “Don’t send it back to me, but if someone asks you for help, pay it back in this manner!”

I can never forget this event. I don’t know how many times since then someone has asked me for assistance, and I have done as that generous stranger in France taught me, while also passing on his teaching. His was an act of true charity: it perpetuated itself, and continues to do so.

This is really what charity is all about: goodness begetting more goodness, and it is certainly not restricted to money. Your time, your knowledge and skills, the facilities you have at your disposal, your car (give a lift to someone), the flowers in your garden… there is no end to the favours God has bestowed on you, out of which you can spend. If you do it with sincerity, not only will it come back to you increased – for that you have His Promise – but it will spread and grow in the world, and you will have made a difference!

The death of charity

I see things that make my heart weep.

Not that people are marred by poverty,

but that some have fallen so deep.

Sacrifice at the altar of Mammon

the budding life and soul of a child?

A doom from Allah it must summon,

I don’t see any harm in giving

to a poor wretch who is in need,

but they who make begging a living,

and in whose eyes I can only see greed,

cannot rouse in my heart the compassion

that would make me reach for my purse.

I sometimes get the impression

we are struck by an evil curse.

For a piece of nickel or less

yet intellect they do not possess!

May Allah, the Giver, forgive me,

if my judgement be unjustified;

may it rise from what He makes me see,

in humility, and in absence of pride.

1 lit.: Forgive me – used as a ‘courteous’ reply for turning down a request